Friday November 22, 2019: On Bold and the Beautiful today, Brooke wants to come clean, Shauna lends Ridge an ear, and Hope explains to Thomas how traumatized she's been. 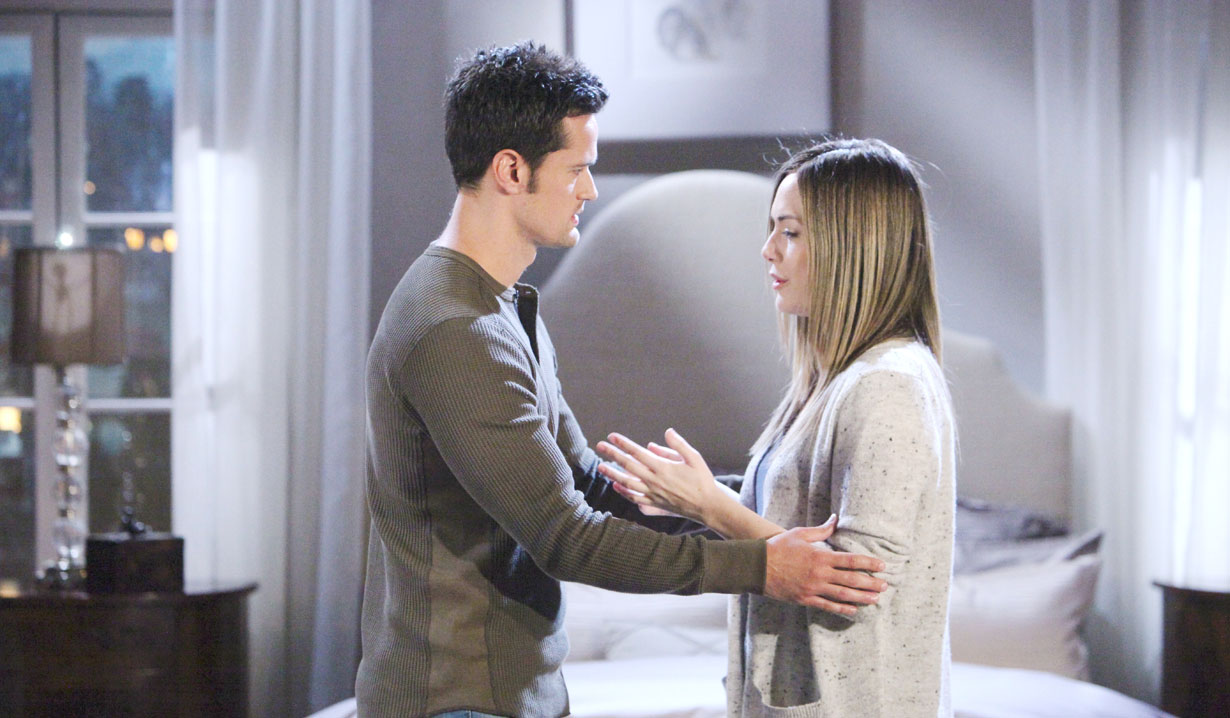 In the dark bedroom, Thomas tells Hope, “It’s okay, I’m here.” She embraces him again, hyperventilating with relief. He assures her again that he’s alive. Hope breaks down over what she thought had happened. She’s so grateful he’s alive. Thomas asks, “Do you really mean that?” Hope cries as she describes Charlie telling her about the hydrochloric acid and fearing she’d killed him – she would never have been able to forgive herself. She asks how he’s standing in front of her. Thomas apologizes for putting her in that position and for chasing her – it was wrong. He explains after he fell, he doesn’t remember anything, but he recalls being alone in the vat. Hope gasps, “With the acid?” Thomas relays it wasn’t acid – it had already been removed. It had been replaced with a cleaning solution. 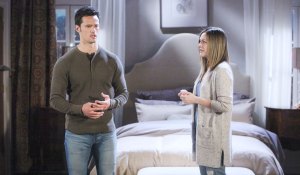 He’s still raw all over, but if it had been acid, he wouldn’t be there looking at the most beautiful woman he’s ever seen. Hope looked all over for him and realizes he made her believe he was dead. She reels. Thomas feels terrible at what she’s gone through. He learns Brooke thinks he’s dead too, but she hasn’t told anyone else. Hope is sorry she pushed him; she never meant to hurt him, but he let her believe he was dead. “How could you be so cruel?” He had to make a point – even good people keep secrets. Thomas is sorry for what he put her through and insists he loves her. They are Douglas’ parents now; he gave her the greatest gift he could give…now she knows who he really is.

In her living room, Brooke sends Ridge a text, then worries about Hope having killed Thomas as she flashes to her daughter wanting to confess. She looks at her phone and whispers, “I have to tell you the truth, Ridge.”

At the Forrester mansion, Ridge doesn’t hear Brooke’s text and Shauna enters. She was hoping to see him. Ridge invites her to stay. Shauna asks if he needs to talk. Ridge relays he may have lost his son. He complains about Hope being unable to move on from Douglas and Brooke being right there to move the chess pieces around. 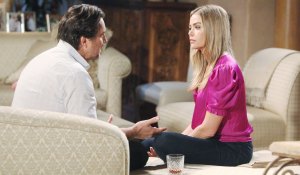 He wants her to compromise where Thomas is concerned and she’s unwilling. Shauna sees Brooke’s point of view, but Ridge argues he’s trying to get better and Brooke and Hope won’t stop until they take that little boy away from him. Shauna learns Thomas signed the papers and asks how Liam feels. Ridge imparts that he’s not thrilled. He hasn’t heard from Thomas, who isn’t returning calls or texts. Shauna understands he’s upset. Ridge takes a call from Brooke, who says she’s coming over. Shauna reassures Ridge that Thomas is fine and teases he’s cute when worked up.

Brooke is challenged by Thomas.

Thomas Appears to Hope, Who Is...

Ridge Feels Betrayed by Brooke for...