Tuesday November 19, 2019: On Bold and the Beautiful today, Steffy gets an update on the acid, Liam and Steffy share a close moment, and Hope struggles to tell Ridge what happened to Thomas. 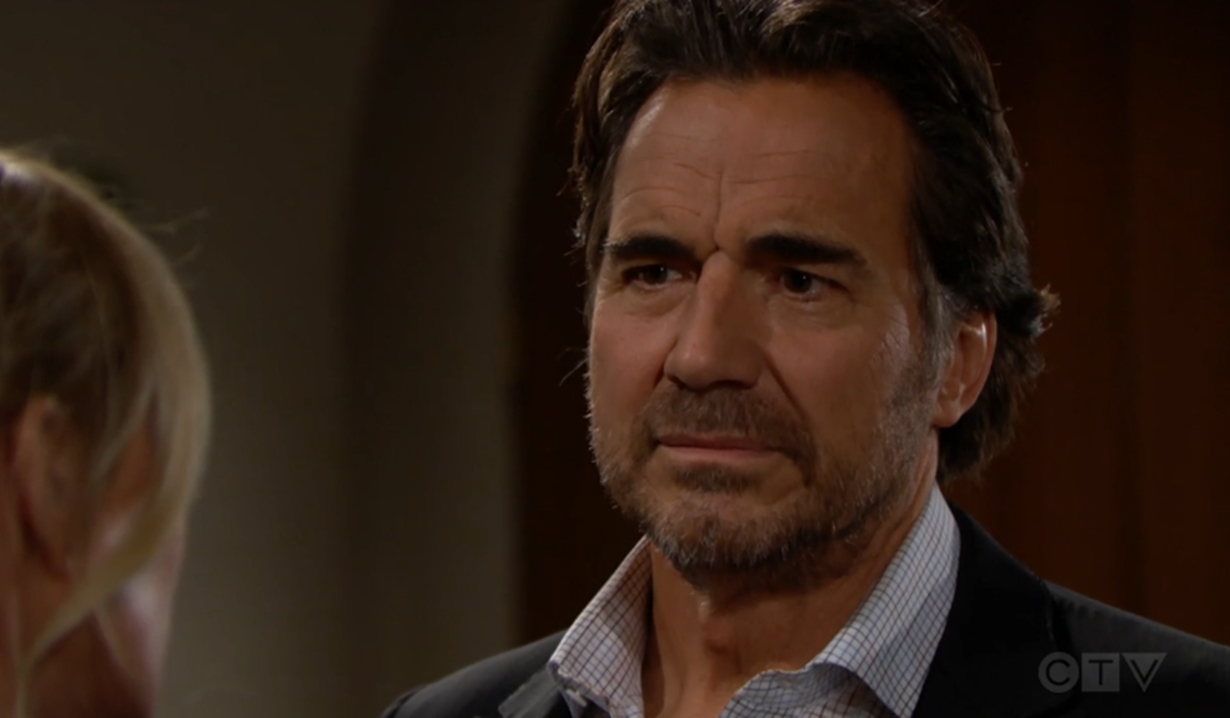 In Brooke’s living room, Ridge asks, “Dead?” He knows Thomas took Douglas to school and wonders if Hope’s trying to hurt him by saying he’s dead. Brooke intervenes to explain that what Hope means is that the Thomas she knew, that would be there for his son, is dead to her. Ridge wants to hear from Hope, and asks if she had sex with Thomas to trick him into signing the papers. Hope denies it. She explains the dinner at the office and says Thomas signed the papers, but he’s still Douglas’ legal father. Brooke states Douglas has two legal parents and wants Ridge to go. Ridge senses Hope’s not being totally honest. He figures she’ll tell him when she’s ready. Ridge recalls his father/daughter relationship with Hope and understands she feels that way about Douglas. 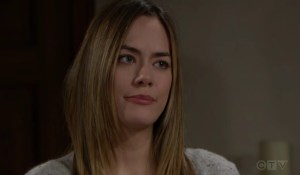 He admits Thomas has done unforgivable things as a father. Ridge hates what he put Hope through and is sorry, but he loved her. Ridge knows she didn’t love Thomas, she loved Douglas. When challenged, Hope admits her endgame was to get full custody of the boy; to keep Thomas away from him and from her…just not in the way it happened. Brooke cautions her daughter, but Hope won’t hold back. Brooke warns he doesn’t know what Thomas did. She informs Ridge that Thomas was willing to trade custody of his son for sex with Hope.

At Forrester Creations, Liam updates Steffy on encryption software and will help her interview his replacement. He assures her if she needs him, she can just call and wonders if he’s crazy for making this move. Steffy teases him, and he asks her to check a thumb drive in her laptop. Talk turns to Hope getting Thomas to sign adoption papers for Douglas. Liam feels Hope’s the only person who has influence over Thomas, but Steffy says there’s another person who hasn’t fallen too far off a pedestal for him – their dad. Steffy tries unsuccessfully to reach Thomas and grumbles about him being passive aggressive. Jake and Charlie enter and want to update Ridge on the hydrochloric acid being neutralized. 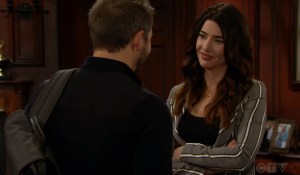 Steffy decides she’d better see for herself and they all leave the office. In the storage area, Liam marvels at them having the dangerous acid on site and Jake and Charlie reassure them again that it’s gone. Steffy’s glad no one was hurt. Back in the office, Steffy tells Liam she’ll really miss having him there, then jokingly advises him to get going. Liam teases, “Yes, Boss.” They grin at each other. Once alone, Steffy gets a call from Ridge wanting to know if Thomas is there. She says he’s not and relays the acid is gone.

At Brooke’s house, Ridge disconnects from Steffy and mentions the acid being gone before asking Hope if what Brooke said is true. Hope says, “Yes.” Ridge knows she wouldn’t lie to him and thinks maybe that’s why Thomas ran – he was ashamed.

Ridge and Steffy discuss their concern for Thomas.

Bold and Beautiful Pre-Empted Due to...