Thomas Appears to Hope, Who Is Overcome With Relief

Thursday November 21, 2019: On Bold and the Beautiful today, Quinn learns Thomas signed the adoption papers, Brooke explains to Hope why she shouldn't confess, and Hope is filled with remorse. 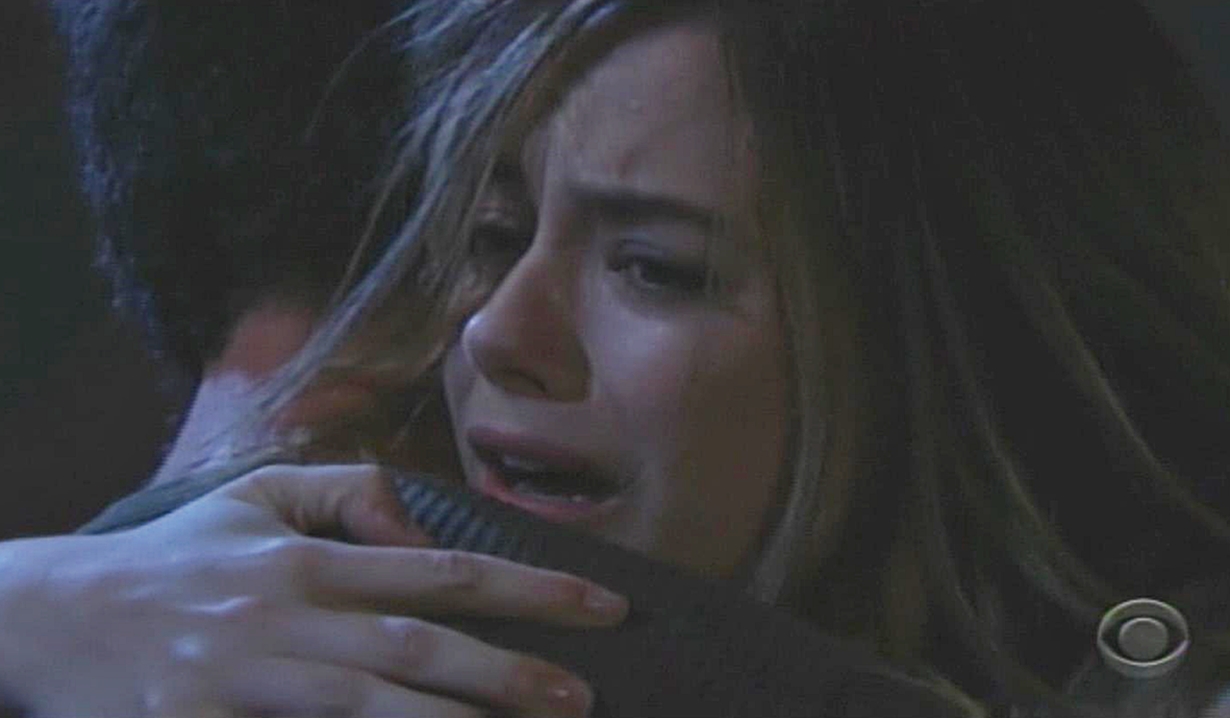 At Brooke’s house, Ridge wants to know where Thomas went after he chased Hope through Forrester. Hope flashes to Thomas’ fall and says, “I’m sorry, Ridge…” Brooke interrupts to ask about the call he got earlier. Ridge assures her the safety issue was taken care of; the hydrochloric acid is gone. He steps aside to try calling Thomas again, then leaves for the office. Brooke is relieved Hope didn’t say anything. 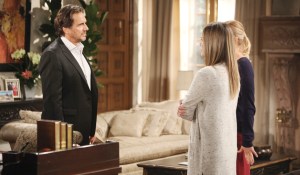 Hope feels she should have – he deserves to know Thomas is dead. She can’t keep this secret. Brooke runs down Thomas’ transgressions again. Hope argues that Ridge and Douglas won’t care that it was an accident. Brooke assures her with the vat and acid gone, all traces of evidence, or of Thomas, are gone. She repeats that the acid was neutralized and disposed of, but Hope feels it doesn’t matter – Thomas is still dead. Brooke warns if she confesses, she’ll be taken to jail and lose her marriage, her baby, and Douglas. They cry. Hope reminds her they know how destructive keeping secrets can be – she has to tell the truth.

At Forrester Creations, Quinn tells Steffy she can’t finalize the jewelry designs until Thomas signs off on them. Steffy explains he’s MIA today. Quinn shares that Thomas and Douglas didn’t come home last night. Steffy isn’t sure about Thomas’ whereabouts, but knows Douglas went to school – Hope probably dropped him off. She tells Quinn about Thomas’ terrible decision to sign Hope’s adoption papers. Quinn describes things going well between Thomas and Douglas at the Forrester mansion and is surprised. Steffy shrugs that Hope can talk her brother into anything. Ridge arrives and Quinn asks him about Thomas. Ridge doesn’t know where he is, so she exits. Steffy asks her father how it went at Brooke’s house. Ridge is more concerned about Thomas than ever. 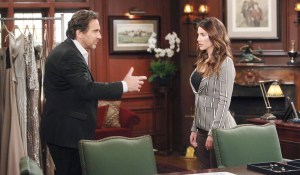 He relays that Hope and Brooke told him Thomas offered Hope custody of Douglas in return for sex. Hope obviously refused so he asked her to have dinner. Ridge then describes what ensued with Thomas leaving Douglas in the dressing room alone and chasing Hope. He doesn’t know what is going on with him and this obsession with Hope. He goes on that Thomas had tied himself to her forever by signing the custody papers. He tries Thomas’ phone again. Steffy wonders if he’s lying low because he’s embarrassed. Ridge snaps that he should be. He beats himself up for never being there for him. Steffy asks him to stop. Ridge is sure Thomas will find his way home.

In a dark bedroom, Hope tells a photo of Thomas she never meant to harm him and sobs, “How am I going to tell Douglas I killed his father?” If she goes to jail Douglas will lose three parents and she’ll lose Beth after just getting her back. She’ll never be able to forgive herself. Just then, Thomas appears. Hope rushes into his arms gasping with relief.

Ridge and Steffy discuss their concern for Thomas.

Thomas Pretended to Be Dead to Show...