Hope Blurts Thomas Is Dead As Ridge Confronts Her and Brooke

Monday November 18, 2019: On Bold and the Beautiful today, Liam shares news with Ridge and Steffy, Steffy is reminded of Liam's promise, and Brooke tries to talk Hope out of confessing. 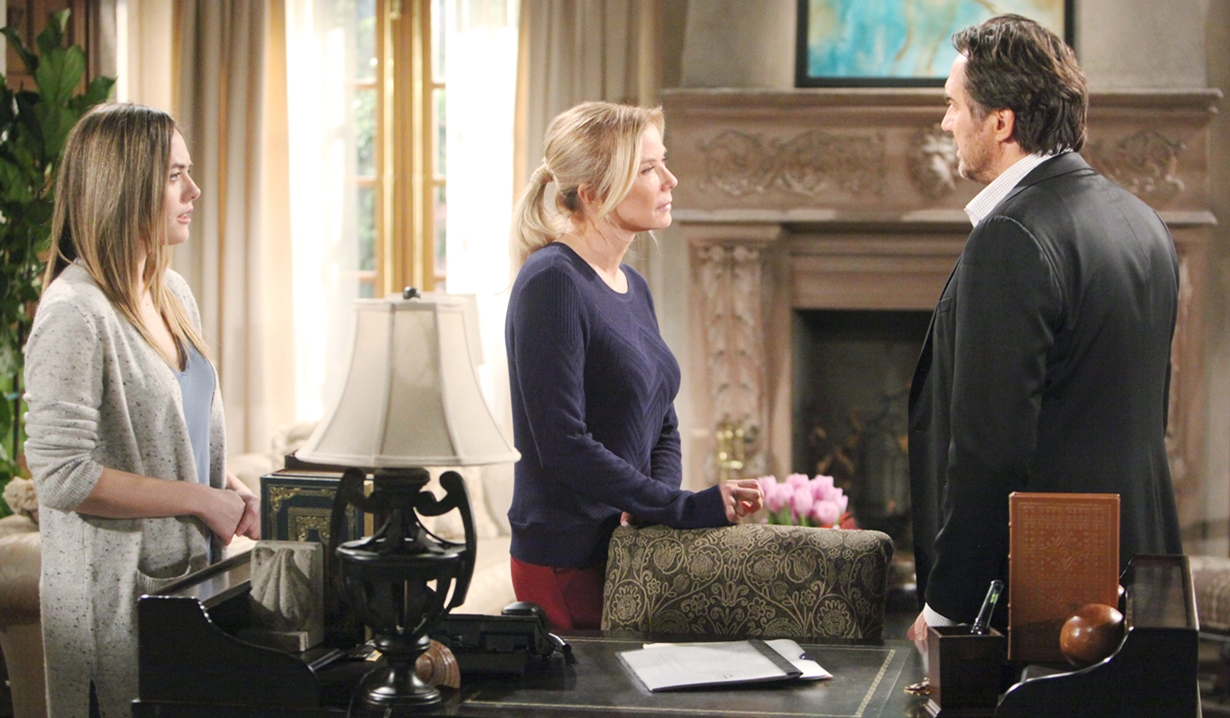 At Forrester Creations, Steffy joins Ridge, who is working on a gown and wonders why Thomas isn’t doing the fitting. She asks, “Where could he be?” Liam appears – he’s just wrapped up things in HR and is going to clean out his desk. Steffy teases about making him stay and Ridge jokes he doesn’t want Bill over there. Steffy will miss him. She mentions waiting for Thomas and Liam relays he signed the custody papers last night. Ridge and Steffy exchange a look. Ridge mutters they succeeded in taking a little boy away from his dad. Liam clarifies that Thomas didn’t give up his parental rights. Steffy interjects that what’s best for Douglas isn’t up to Hope or Brooke. 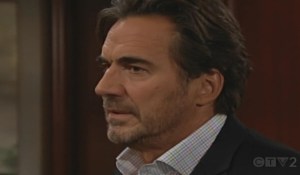 Ridge loses his patience and believes this can’t sit right with Liam. Liam retorts the worst thing about this is it puts Thomas in Hope’s life forever. Ridge rehashes how Thomas made mistakes but is trying to make things right. He complains Hope used Thomas’ love to her advantage to get him to sign, and goes to get answers. Once alone, Steffy tells Liam this place won’t be the same without him. He thought she was happy for him. She is, and smiles. Liam reminds her he’s committed to spending more time with her and Kelly and bringing Beth over more often.

In Brooke’s living room, Hope frets over killing Thomas as Brooke insists she was defending herself – Thomas had come unhinged and offered Douglas in return for sex with her; he had a vile agenda. Hope argues Ridge and Steffy won’t see it that way – they’ll vilify and so they should. She cries, “Thomas’ blood is on my hands!” Hope sobs about killing the only parent Douglas had left and decides Ridge and Steffy need to know. They debate, and Brooke reiterates that Thomas is dangerous, and Hope did what she had to do to get out of the situation. He is gone because he was consumed by his obsession! Hope dissolves into tears again over ruining everything – her life is over. 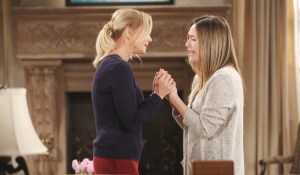 She’ll be arrested and taken from Beth and Douglas…she has to tell Liam. Brooke holds her head and protests they shouldn’t make any rash decisions. Hope wonders if she’s implying she shouldn’t tell the truth about killing Thomas. Once again, Brooke goes over how obsessed Thomas was, and that Hope was acting in self-defense. She refuses to let Thomas take anything from her again. Hope can’t live like this and has to tell Ridge. Just then, Ridge storms in and says, “I know what you did. How could you do that to a little kid?” He rants about separating father and son as Brooke intervenes. Hope says he’s right – Douglas lost his father because of her. “I’d give anything not to have to say this to you, but it needs to be said. He’s dead. Thomas – your son – is dead.”