Thursday November 14, 2019: On Bold and the Beautiful today, Charlie and Jake reassure their boss, Ridge wonders where Thomas is, and Hope wants to confess. 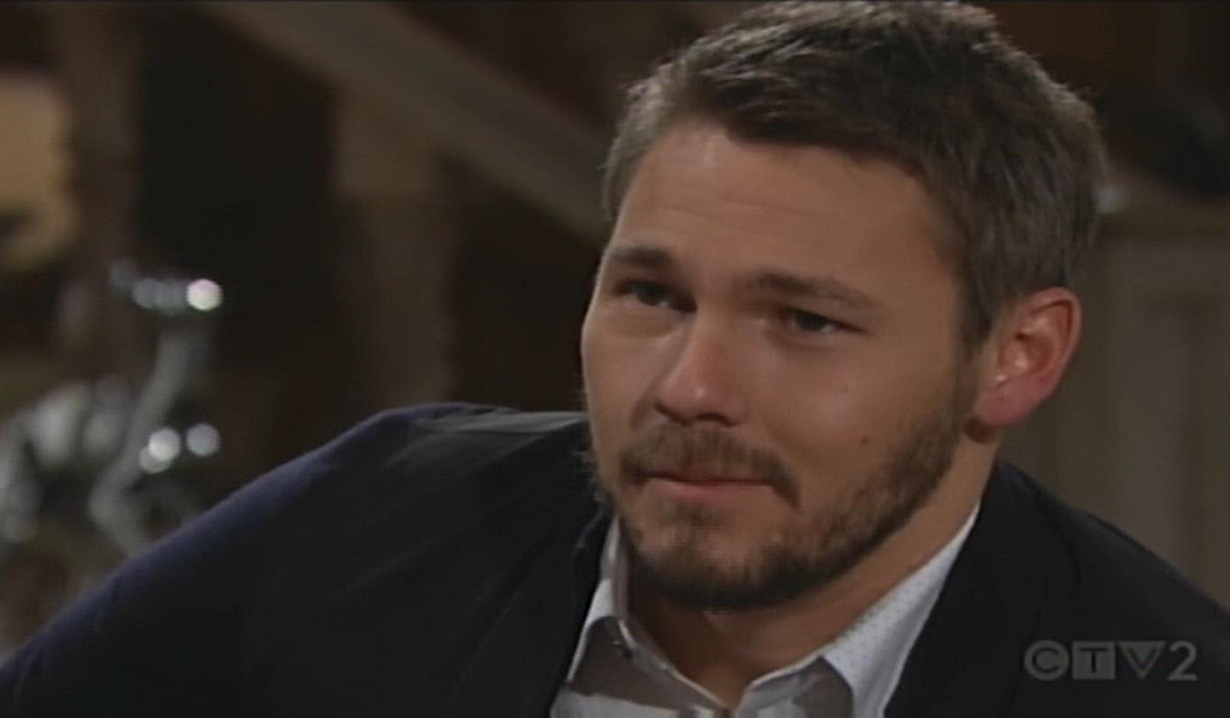 At Forrester Creations, Ridge adjusts a gown on a model. Steffy enters the office and admires the design. Ridge advises it’s one of Thomas’, and Steffy teases the student may be catching up with the master. The model exits and Ridge wonders why Thomas didn’t show up for the fitting – he hasn’t heard from him. Steffy relays she texted him last night, but he didn’t get back to her either. 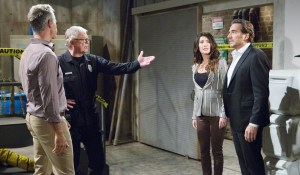 Ridge didn’t see him or Douglas this morning, but called and learned Douglas was at school. Charlie and Jake enter and ask Ridge and Steffy to come with them. In the storage area, Charlie and Jake show Ridge the hazard team is cleaning the vats. Steffy remarks on the lethal acid, as Jake insists they’ll be done soon. Ridge doesn’t want anyone getting hurt. Back in the office, Steffy rants about safety as Ridge reassures her. He swerves back to Thomas and is concerned Hope will push him until he signs the paperwork. He leaves Thomas a voicemail.

In Brooke’s living room, Hope paces and flashes to Thomas falling in the vat. She texts him a fifth unanswered message. After, Brooke joins her, mentions Douglas being at school, and moans about the hydrofluoric acid. Hope doesn’t want to discuss it, but repeats that she killed Thomas. Liam enters – he’s settled Beth with the babysitter and is heading out. He notices Hope’s demeanor and asks what’s wrong. Liam wishes she’d woken him earlier as he wants to know what happened with Thomas last night. Hope stuns him by saying Thomas signed the papers and gave her shared custody. Liam marvels that she found a way to get Douglas away from Thomas. He notes that changes things for all of them – she won’t get rid of Thomas now. Brooke interjects that what Hope did was for Douglas they need to focus on that. Liam explains he is leaving Forrester but is now worried about Thomas stalking her there. Brooke reassures him and asks him to tell Bill they’re happy for both of them. Liam still senses Hope’s not okay but leaves. Hope tells Brooke she can’t lie to Liam. She intones, “Thomas isn’t going to be a problem because he’s dead, and I’m responsible.” She panics that nobody knows yet and wonders how she’ll show her face at work. Brooke assures her they’ll get through this and they embrace. Hope worries Douglas will never forgive her – he’ll never see his father again because of her. Brooke reminds her she was trying to protect Douglas and what Thomas did was sick. Hope has to understand how everything went wrong and goes through the night’s events again. She falls apart again; “He’s gone, Mom, and I pushed him.” Brooke’s scared too but they must figure out what to do. Hope retorts the guilt is eating away at her like the acid! She decides she needs to confess to Ridge.

Steffy has a close moment with Liam.