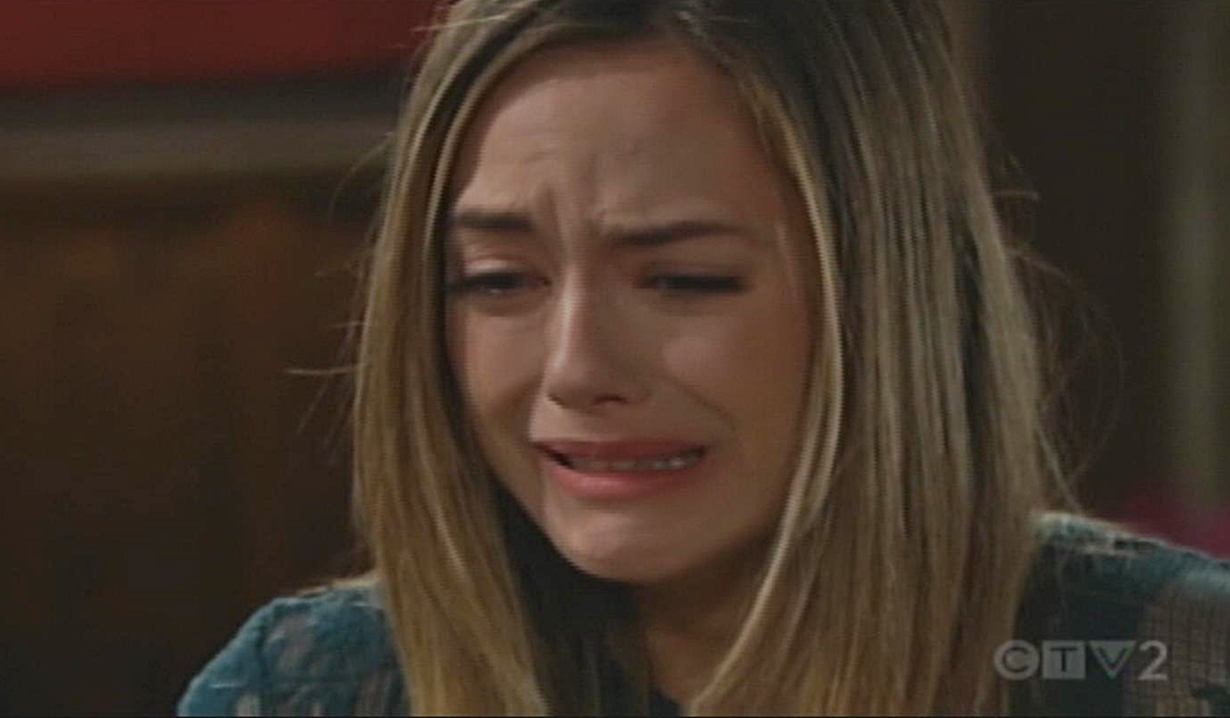 At the cliff house, Steffy tells Ridge it’s past Kelly’s bedtime. Talk turns to Thomas. Ridge says he was discussing him with Brooke tonight. Ridge puts Kelly to bed then they resume talking about Thomas and Hope’s dinner plans. They agree Hope shouldn’t get custody of Douglas. 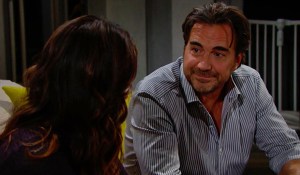 Steffy relays that Liam was over with Beth and shares that he’s going back to Spencer Publications. Steffy knows Hope feels protective of Douglas but it’s a little obsessive. She knows Hope wants what’s best for Douglas. Ridge worries she’ll push Thomas into shared custody and relays that Brooke made it clear she believes Thomas can’t raise his son. Steffy feels she’s focused on giving Hope what she wants. Ridge hopes they can get through this, but she has to accept his son first. Steffy thinks Thomas is dead to her. Ridge feels that’s a problem – Thomas will never be dead to him.

Outside Brooke’s door, Douglas is hopeful for a sleepover if his dad allows it. Hope looks ill. They go inside and greet Brooke. Hope reveals that Douglas may be staying there for a while. Douglas pipes up that they’ll have to ask Daddy. Hope, rattled, nods, “Yes we will.” Douglas fills Brooke in on their dinner and relays his dad took him to a room to play video games alone afterward. Brooke asks Hope what happened tonight. Hope didn’t know he would be alone. Douglas assures her it’s okay. Brooke learns she found Douglas and asks if she accomplished what she wanted. Hope flashes to Thomas falling over the railing and asks Brooke to tuck Douglas in for her. Once alone, Hope hyperventilates and cries. When Brooke rejoins her, Hope reveals Thomas signed the papers – they have shared custody. Brooke wonders why she’s not celebrating. Hope sobs, “It’s horrible…” Brooke wonders what the hell is going on. 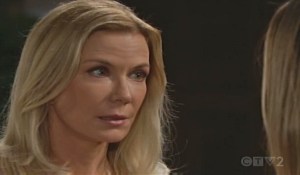 Hope stammers that Thomas had expectations after – she put him off, and he accused her of tricking him. She was frantic about Douglas because Thomas said he had him in storage. She recalls Thomas catching up to her and cornering her on the catwalk. She pushed him. Brooke realizes she pushed him off the catwalk. Hope quavers that there was a vat. Brooke doesn’t understand. Hope breaks down and says it wasn’t water. She goes on to recall finding Douglas in the room and Charlie showing up. Hope cries, “The vat that Thomas fell into wasn’t water. It was hydrofluoric acid!” Brooke gasps, “My God!” She went back but his body was already gone. “I killed him.” Brooke catches Hope as her knees give out. “I killed Thomas…”