Thomas Falls Into Acid Vat After Hope Pushes Him Away

Friday November 8, 2019: On Bold and the Beautiful today, Liam and Beth spend time with Steffy and Kelly, Ridge and Brooke go over their issues, and Hope wants to know where Douglas is. 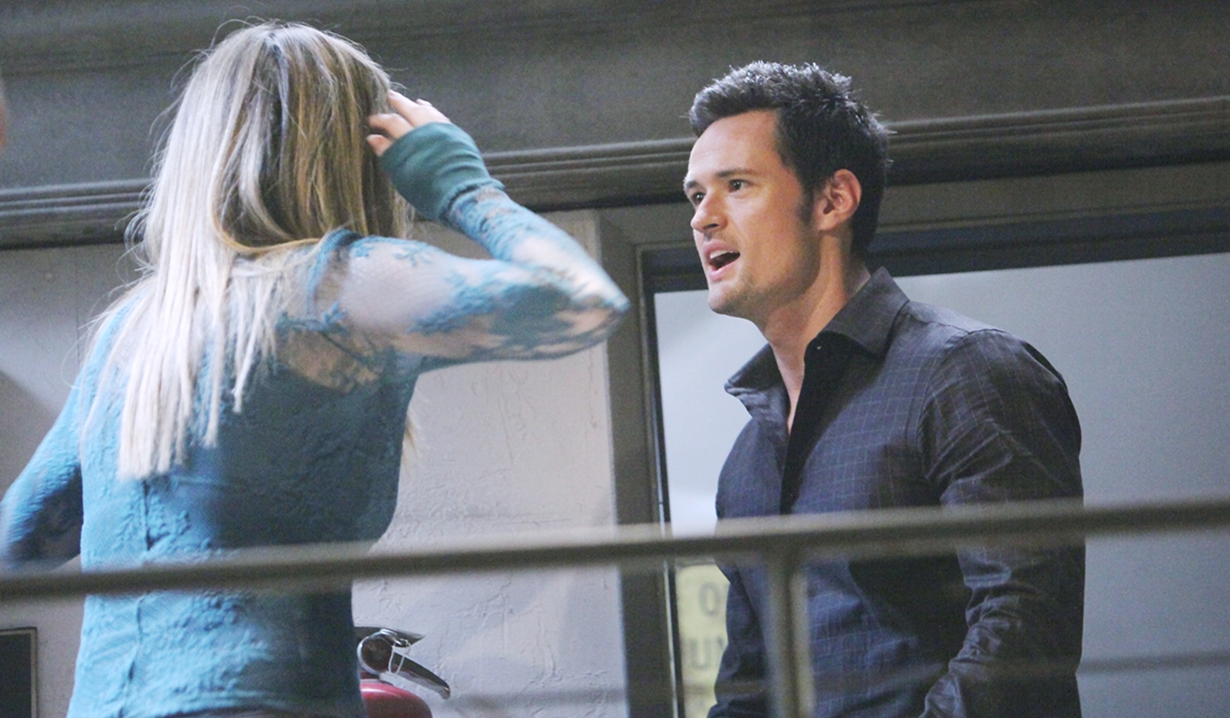 Trying to amuse Beth in the cabin, Liam asks, “Do you want to see your sister?” He calls Steffy, who invites them over.

Brooke is surprised to see Ridge in her living room and greets him with a deep kiss. They miss each other. Ridge asks her to tell him Hope’s not with Thomas to convince him to sign over his little boy. They debate shared custody and Brooke points out Douglas is afraid of his father, so Hope has every right to be concerned. 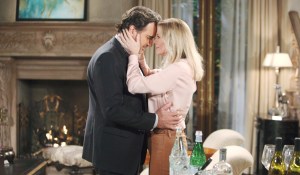 Ridge wants to table the disagreement, but Brooke soon goes back to the scary things Thomas has done – he isn’t capable of raising his son and is obsessed with Hope. Ridge is hurt and insists Thomas is trying to make things right. Brooke doesn’t trust him. She tells him how Thomas called her names. Ridge doesn’t believe it and accuses her of wanting to punish Thomas. Brooke just wants him to get the help he needs and doesn’t want him anywhere near Douglas or Hope.

At the cliffhouse, Steffy and Liam discuss their surprise about Hope spending the evening with Thomas and her attachment to Douglas. Liam understands her concerns about the boy. Steffy still has issues with her brother but knows their broken family was hard on him. She notes history’s repeating itself with Thomas falling for a Logan like Ridge.

At Forrester Creations, Thomas stops short of signing the adoption papers. Hope knows it’s difficult but reminds Thomas he’s giving Douglas the mother he promised him. “You won’t regret it. I promise.” Thomas signs. Hope, thrilled, thanks him and wants to go tell Douglas. Thomas feels there’s no rush – one of the reasons he signed was because he loves her and would do anything for her. He’s given her what she wanted, and expects that now they’ll move forward together as a family. Thomas wants to celebrate. Hope just wants to tell Douglas and asks if he’s in the building or if someone’s looking after him. Thomas, frustrated, says, “I knew you’d pull something like this.” He warns she’ll find out where he is after they’ve celebrated. Hope demands to see him. Thomas accuses her of manipulating him. 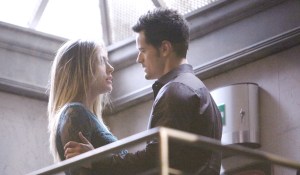 Hope learns Douglas may be in a storage unit and vows to find him herself. She runs out with Thomas behind her. They climb the stairs above the vat of acid as Thomas calls that Douglas can’t hear her. On the landing, Thomas insists the boy is fine and asks Hope to trust him. He wants to talk about them and goes over his regrets regarding Beth. Hope asks him to let her go but he keeps talking about being a family. Thomas places his hands on her arms and goes in for a kiss. Hope shoves him away and he goes over the railing into the vat below, then surfaces, unconscious.

Hope becomes frantic as she searches for Thomas.

‘Love, Victor’s Anthony Keyvan Reveals Why Rahim Is The ‘Better Option’ For Victor Over Benji