Wednesday November 6, 2019: On Bold and the Beautiful today, Jake and Charlie reassure Ridge about repairs, Liam grows exasperated and concerned with Hope's actions, and Steffy warns Thomas not to sign over his son. 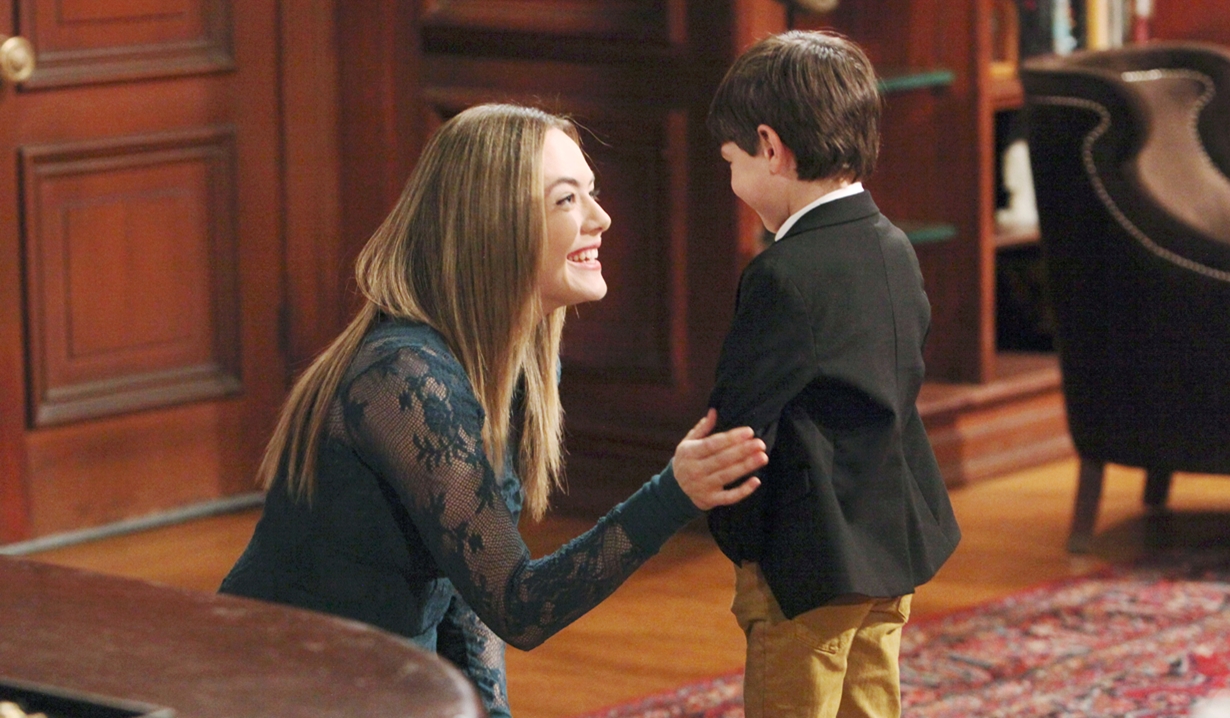 At Forrester Creations, Eric weighs in on the gowns the models are wearing and Ridge tells him Thomas designed them for Hope for the Future. He’s proud of him. Eric’s also impressed at how he’s turning his life around and credits Ridge for focusing on him. They hope the split with Brooke isn’t permanent. Later, Jake, (played by Todd McKee), and Charlie, (played by Dick Christie), advise Ridge that repairs for the washers that were leaving rust on the garments are underway. Ridge questions the dangerous chemicals on site and they promise the area’s taped off. Ridge asks to see. Downstairs, Jake and Charlie stress the safety precautions, but Ridge wants them to get rid of the hydrochloric acid, which bad guys use to get rid of their enemies, as soon as possible. 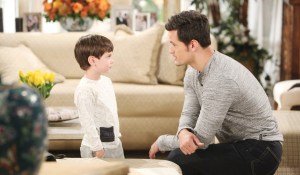 At the Forrester mansion, Douglas misses his mommy. Thomas does too and suggests he call Hope so they can all get together tonight. Steffy arrives and greets her nephew. Thomas explains Douglas is missing Hope and sends the boy upstairs to phone her. Steffy learns Thomas is angling for a ‘family’ night and is stunned to hear he’s still considering giving Hope custody. Thomas protests; it would be shared custody. He knows what he’s doing. Steffy questions if Hope’s obsessed with the boy. 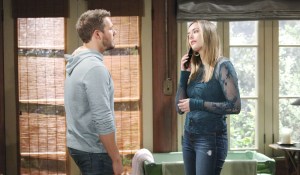 In the cabin, Liam worries aloud whether it’s a mistake to go back to Spencer Publications and realizes Hope’s not paying attention. She’s sorry and is thinking about Douglas and Thomas. They debate whether Thomas will change his mind about custody. Douglas calls and says, “I miss you, Mommy.” Hope misses him too. She agrees to get together with him and Thomas tonight as Liam grimaces. Hope explains she’ll do whatever it takes to free Douglas from Thomas. Liam warns he’ll want something in return. Hope won’t give up until Douglas is safe. Liam shakes his head, speechless.

Douglas rejoins Steffy and Thomas in the Forrester living room and updates his dad that Hope agreed to see them tonight. His dad sends him upstairs to change and Thomas tells Steffy he believes he and Hope will come to an understanding. Steffy again warns about offering Hope shared custody. Thomas reiterates he knows what he’s doing. He calls Hope and reminds her to bring the custody papers tonight and she suggests they meet at the office.

In Ridge’s office, Thomas coaches Douglas to tell Hope how much he loves her. She arrives, surprised to see a romantic dinner set up. Hope wants to give Douglas the family he deserves…starting tonight.