Tuesday November 5, 2019: On Bold and the Beautiful today, Bill tells Liam it's time to return to Spencer Publications, Zoe kisses Thomas, and Thomas makes a request of Hope. 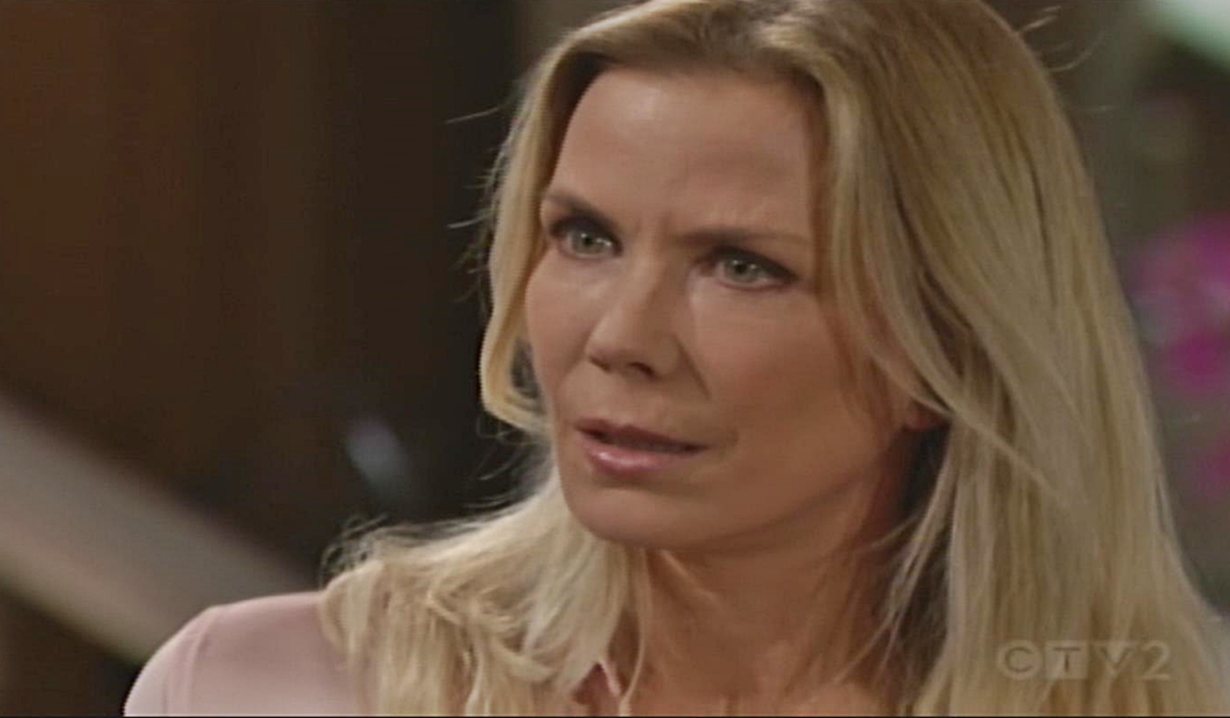 In the cabin, Liam updates Hope on his Halloween visit to Steffy’s and she fills him in on Douglas being so happy to see her at the Forrester mansion. Liam snarks that Thomas probably was too, and asks if she’s still trying to get him to give her custody. Hope says Douglas has to be freed from his father. Liam thinks they should be letting the Forresters figure that out – they won’t let anything bad happen to Douglas. Hope protests that Ridge has convinced everyone to ignore Thomas’ worst behavior; they haven’t seen it. Bill arrives amid the tension and Hope leaves to see Brooke. 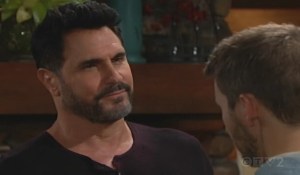 Bill asks Liam what was going on. Liam explains about Douglas. Bill isn’t keen to rely on Quinn to be stable, but agrees adoption is extreme. Bill offers to deal with Thomas, but Liam reminds him he’s not that guy anymore. He feels Thomas deserves a chance to be the father Douglas deserves. Bill switches gears and informs Liam it’s time for him to take his place at Spencer Publications. Liam admits he’s thought about it as Bill presses him to agree. Liam gives him a long-winded yes and they embrace.

At Vinny’s apartment, Thomas catches up with Zoe and explains that his move has brought Hope closer to him. Zoe’s disappointed to hear he’s daydreaming about Hope again rather than focusing on his designs and career. Thomas assures her he’ll get them back into Forrester, 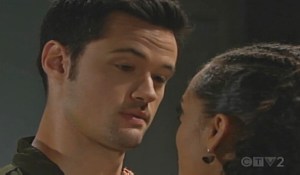 but he won’t be satisfied until Hope’s back in his life. Zoe learns he asked her to stay the night. Thomas brags that one night with him would change everything. Zoe walks over and kisses him. They debate whether Hope wants a relationship with him. Zoe thinks he’s obsessed since her kiss had no impact. Thomas assures her she’s sexy, but there’s only one woman for him. Zoe feels they could be a team and argues Hope wants Douglas, not him. Thomas calls Hope.

In Brooke’s living room, Hope tells Brooke that Thomas offered her shared custody of Douglas…on one condition. Brooke gawps, “Sex?!” She can’t believe Thomas offered her custody in exchange for sex and is disgusted. Hope forbids her from telling anyone – they have to stick to the plan. 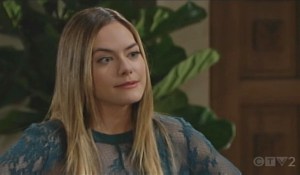 If he’s willing to treat his son as a bargaining chip, she must get Douglas away from him! Brooke argues that Ridge needs to know, but Hope worries he’d tell Thomas. Hope takes a call from Thomas, who wants to get together again. He advises her to bring the papers and they can pick up where they left off. Hope disconnects and Brooke seethes that he’s sick – she can’t go anywhere near him. Hope has to get Douglas away from that monster…somehow, she will free that boy and be his mother.

Hope is surprised by Thomas and Douglas.

Thomas Threatens to Leave Town With...

Ridge Frets Over Deadly Acid at...