Monday November 4, 2019: On Bold and the Beautiful today, Liam learns Steffy plans to start dating, Brooke shares her concerns with Donna, and Ridge suspects Hope's up to something. 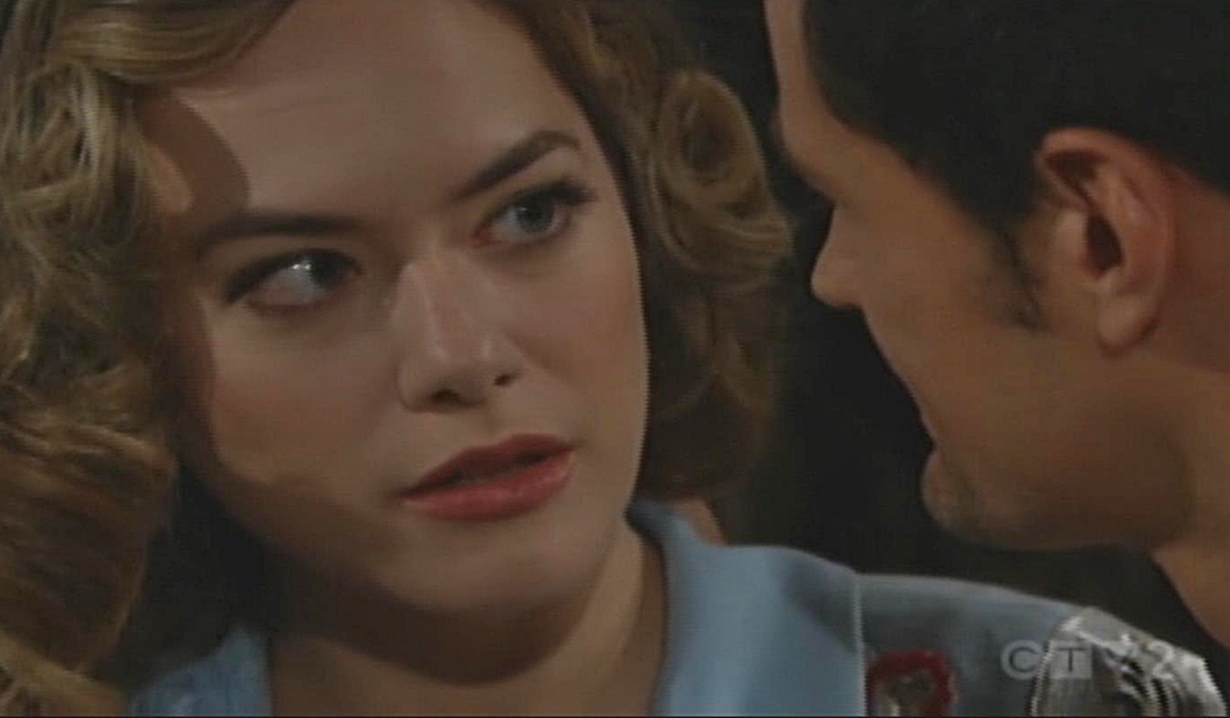 At the cliff house, the girls are still asleep, Liam wonders why Hope would stay out this late with Thomas and Douglas. Liam reiterates he disagrees about adopting Douglas. Steffy trusts her brother to do right by his son. Liam doesn’t trust him. Talk turns to Wyatt going back to Spencer Publications and Bill wanting Liam back there too. Steffy understands it’s his birthright. Liam asks her to forgive herself for what happened with Bill. 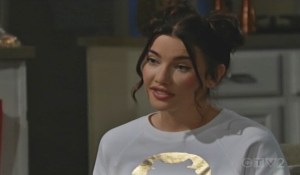 She thinks he should forgive his dad too. Steffy gets a reminder on her phone and Liam asks, “Was that a dating app?” Steffy explains just because she doesn’t need a man, doesn’t mean she doesn’t ‘need’ a man. She can’t keep putting her life on hold. Liam admits it’s not easy for him to think about a man in her life, or Kelly’s life and groans, “I hate him already.” Steffy won’t date anyone who doesn’t understand his importance in her life.

At the Forrester mansion, Thomas reiterates to Hope if she gives him herself, he’ll give her Douglas. When she balks, he questions her commitment to adopting Douglas. Downstairs, Shauna finds Ridge in the living room. Ridge complains Hope is with Thomas – he’s concerned she may be trying to take Douglas away from his son. Upstairs, Thomas thinks a back rub may help Hope process his suggestion.

In Brooke’s living room, Donna and Brooke discuss the risky con Hope’s trying to pull, which could also have implications for Brooke’s marriage. 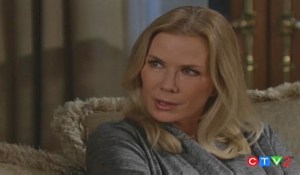 Brooke reiterates Ridge and Liam can’t find out about the plan. Brooke takes a call from Ridge, who relays that Hope is up in Thomas’ room. He hopes she’s not trying to convince him to sign over custody of Douglas. Brooke tells him Donna’s there – she has to go. He warns her not to let their kids divide them further. Brooke says goodnight and tells Donna she’s worried about Hope being alone with the dangerous Thomas.

Upstairs at Eric’s house, Thomas continues to rub Hope’s shoulders and tells her she’s beautiful. He taunts that he’s thinking of taking Douglas and going to Forrester International, then adds, “Maybe you can give me a reason to stay.” He kisses her neck and she jumps. Thomas wants them to raise Douglas together. 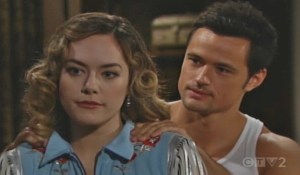 Hope reminds him she’s planning her life with Liam. Thomas feels he’s better with Steffy and wants to be the man lying next to Hope at night. He suggests they seal the deal tonight. Hope tells him it’s not an option. Thomas replies, “Then co-parenting isn’t an option.” Downstairs, Ridge, agitated about Hope, tells Shauna his son’s not a psychopath. Shauna thinks Brooke should trust Ridge – she would. She lightly kisses his lips goodnight. Meanwhile, Hope allows Thomas a last hug after he tells her to bring the papers next time. “You need Douglas. I need you.”

More: Is Hope too obsessed with Douglas? Vote!