Thomas Wants Sex From Hope in Return for Douglas

Friday November 1, 2019: On Bold and the Beautiful today, Liam makes an admission to Steffy, Donna learns about Hope's plan, and Shauna fantasizes about Ridge. 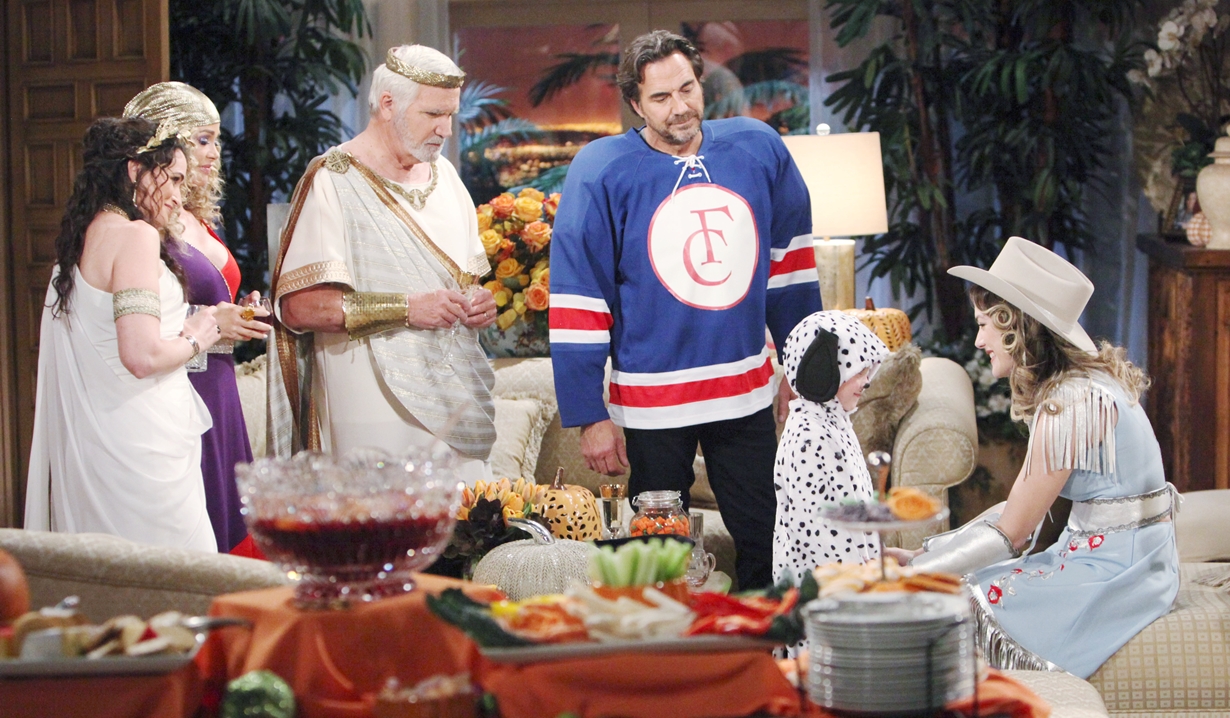 At Steffy’s house, she and Liam gush over trick-or-treating with Kelly and Beth. Liam decides to stay longer since Hope is still out with Douglas and Thomas. They put the girls to bed and Liam muses it feels like old times. He worries he should go to the mansion and talk turns to Douglas. Steffy thinks it’s crazy Brooke and Hope expected her brother to sign over his son. 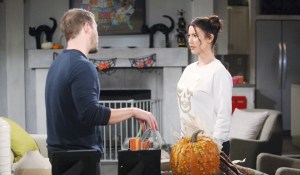 Liam explains her brother is volatile. Steffy agrees there’s no excuse for what he did but cutting him off isn’t fair. She asks, “Do you really want to adopt him?” Liam admits he doesn’t but concedes Hope has been the one constant in Douglas’ life. Steffy argues no one in the family has abandoned him and worries Hope’s obsessed with becoming his mom. After, they agree it’s been a really nice night together.

At the Forrester mansion, Ridge is pleased to see Douglas happy. Thomas says Hope always makes him happy – this is what he’s always wanted; her being a mother to his son. Next, Shauna tells Ridge she understands why he’s supporting Thomas. She then teases him about his lame Halloween costume – he should be a half-naked cowboy. Thomas invites Hope to help him tuck Douglas in. She accepts. 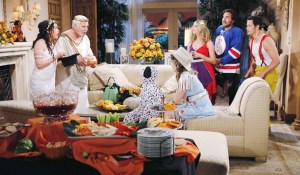 Shauna tells Hope she hopes one day she’ll make peace with Flo as well. Upstairs, Thomas expresses his regrets to Hope. If he had to do it all over again, he wouldn’t have screwed things up for Douglas or for them. After Douglas is tucked in, Thomas brings up their kiss and they recall singing Baby Shark together. Hope reiterates she wants to be a part of Douglas’ life. Thomas can’t just give away his son. Hope wants to be a mother to him and suggests they do the adoption, but Thomas will retain parental rights. Thomas asks if there’s a future for them. She thinks they’ll all get along and can co-parent as friends. Thomas moves in close and tells her he’ll give her what she wants if she’ll stay with him tonight and make love to him. “You give me you, I’ll give you Douglas.”

In the guesthouse, Ridge confirms to Shauna that they’re friends. She asks him to stay for a drink, but he teases about the last time he drank with her. She kisses him goodnight, then fantasizes that he stayed and kissed her again.

At Brooke’s house, she tells Donna that Hope came up with a plan but it’s confidential – Ridge and Liam don’t know about it. Donna learns Hope will use Thomas’ feelings for her to get him to sign adoption papers for Douglas. Brooke feels it’s risky, but brilliant. Donna hopes she knows what she’s doing – she’s scared to think of what Thomas might do if he figures it out. She laments he doesn’t understand human emotions. Brooke is worried and believes Thomas may have an imbalance. She wants Hope’s plan to work so she and Ridge can reunite.

Thomas Threatens to Leave Town With...