Hope Spends Halloween With Thomas and Douglas Despite Liam’s Protests

Thursday October 31, 2019: On Bold and the Beautiful today, Brooke warns Hope of the risks of her plan, Shauna flirts with Ridge, and Liam and Beth join Steffy and Kelly on Halloween. 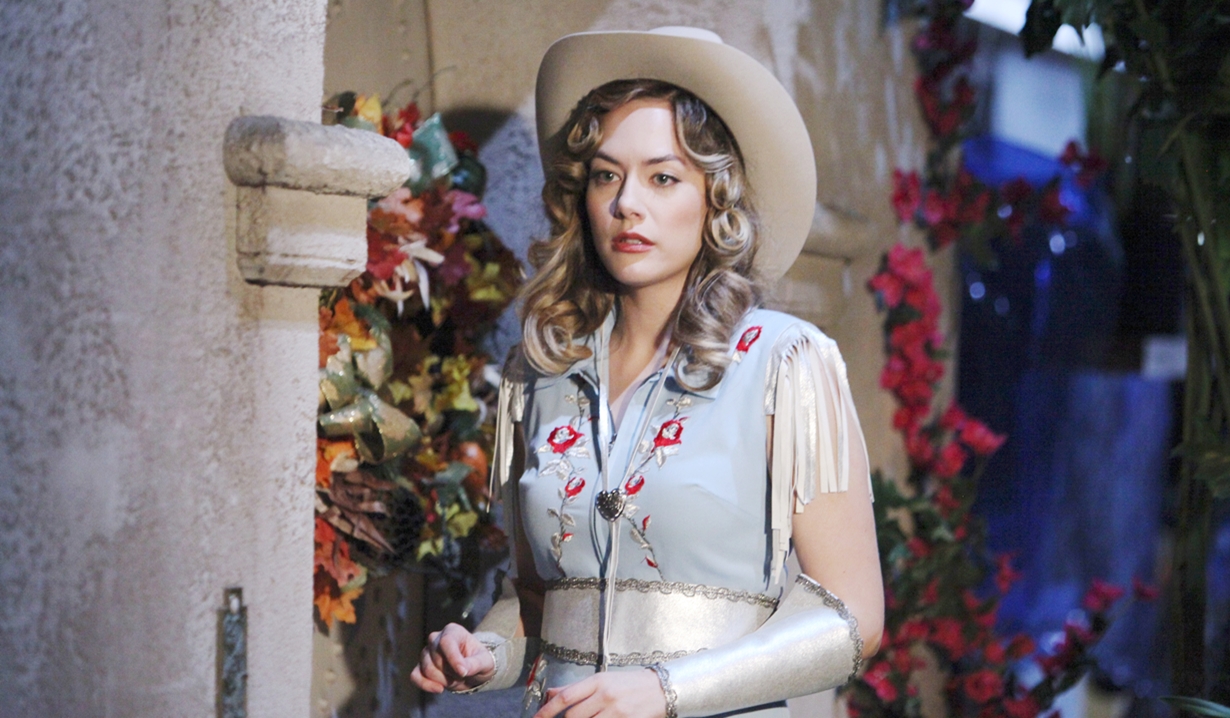 In the cabin, Brooke mentions Hope going to Eric’s party and worries about what will happen if Thomas figures out Hope is manipulating him. Hope feels the risk is worth it for Douglas. Liam arrives and Brooke exits. Hope says she’s going to spend some time with Douglas at Eric’s. Liam implores her to stay with them because of Thomas but Hope promised Douglas.

At the Forrester mansion, Thomas assures Douglas that Hope won’t disappoint him and sends him upstairs to get into his costume. Thomas calls Steffy. 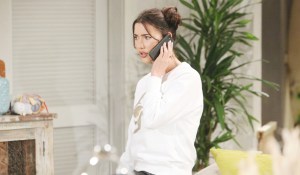 At the cliffhouse, Steffy answers Thomas’ call. He updates her that Ridge and Brooke have taken their wedding rings off. She asks if they’re getting a divorce. Thomas replies, “If I have anything to say about it.” Steffy advises him not to get his hopes up. Thomas stresses things are changing and reveals Hope reached out – she’s joining him and Douglas, so perhaps Liam wants his daughters to spend Halloween together. Steffy calls Liam to come over. He agrees and thanks her.

In the Forrester guesthouse, Ridge tells Shauna she’ll liven up the party in her gypsy costume, then roots around for his own costume. She suggests they take a nap, but he declines and exits. Up in the mansion, Eric tells Quinn she looks beautiful. They’re canoodling in their costumes when Ridge enters. 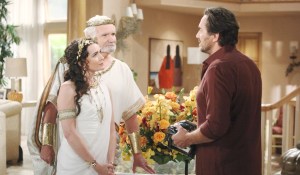 He mentions Shauna being in the guestroom and Quinn suggests he get to know her better – she’s a lot of fun. In the guesthouse, Shauna tells herself anything can happen tonight. Up in Douglas’ room, he’s excited in his doggy costume. Thomas is too. Douglas says seeing Mommy Hope makes him happy. Thomas knows the feeling. They hug. Downstairs, Ridge is in hockey gear and discusses Hope coming to the party with Eric and Quinn. Ridge says it’s for Douglas. Shauna arrives and greets Ridge as Quinn grins watching them. Shauna can’t stop thinking about the way he kissed her. Ridge says, “Friends?” Thomas and Douglas appear, and Thomas pulls Quinn aside to thank her. Quinn alludes to Ridge and Shauna bumping into one another in the guesthouse. Thomas approves. Hope arrives and Thomas is glad she could make it. Hope wouldn’t miss it. Eric makes a toast and Ridge thanks him for opening his house to the motley crew. Hope tells Douglas she loves him and will always look out for him. Douglas says, “I love you Mommy Hope.” Thomas pulls her away to remind her she will have to be part of his life to be with Douglas. Hope wants to leave the past in the past and get along. Thomas agrees. 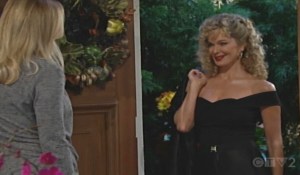 Donna arrives at Brooke’s house dressed as Sandy from Grease to make her laugh. Brooke tells her Hope is at Eric’s party. Donna’s dismayed.

At Steffy’s house, she and Liam joke with each other while holding the girls. Liam worries about Hope’s judgment being clouded and is grateful to be there.

<p>Eric, Quinn, Ridge, Shauna, Hope, Thomas, and Douglas in their Halloween costumes. A gathering was held at the Forrester mansion.</p>

<p>Ridge was dressed up as a hockey player. Of course, his jersey indicated he was Team Forrester Creations!</p>

<p>Eric and Quinn looked regal in their ancient history-themed attire. A Roman emperor and empress, perhaps?</p>

<p>The patriarch of the Forrester family dressed up for Halloween in a fitting costume. He looks regal as a Roman emperor.</p>

<p>Mrs. Forrester certainly looks portrait-worthy in her costume. She was an empress to Eric’s emperor.</p>

<p>Shauna dressed in a colorful dress as a gypsy for the Halloween gathering. Her accessories and curly hair added the rest of the vibe. </p>

<p>Hope was adorable as Mae West. She wore head-to-toe old school western style with a touch of glam curl in her hair for Halloween.</p>

<p>Hope dressed Beth up as a little ‘cow’ to her <em>cowgirl</em> for Halloween. It was absolutely adorable.</p>

<p>Douglas did it up Dalmation style for Halloween. The little guy hammed it up with tongue lolling out for the photo op as well. Puppy perfection!</p>

<p>Thomas was definitely four-alarm hot in his fireman costume. He attended the Forrester Halloween gathering with Hope, much to Liam’s chagrin.</p>

<p>Liam dropped by Steffy’s place to see Kelly in her cutie patootie bee costume and brought little moo cow, Beth. They had a separate celebration from the Forrester mansion gathering.</p> 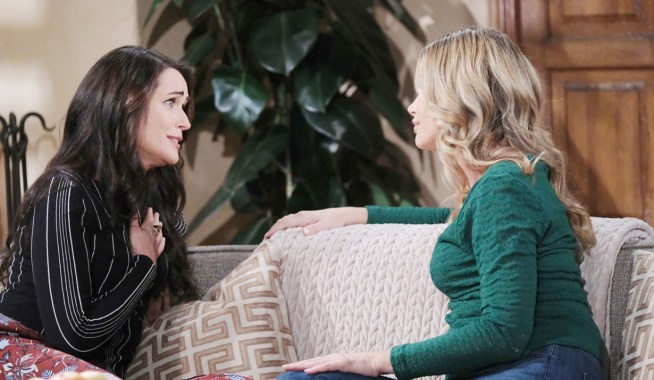 Thomas Wants Sex From Hope in Return for Douglas 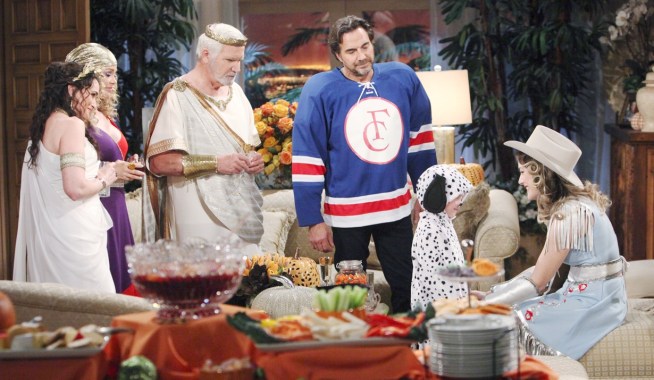