Monday October 28, 2019: On Bold and the Beautiful today, Ridge frightens Shauna, Thomas settles Douglas in at Eric's house, and Brooke updates Donna on her marriage. 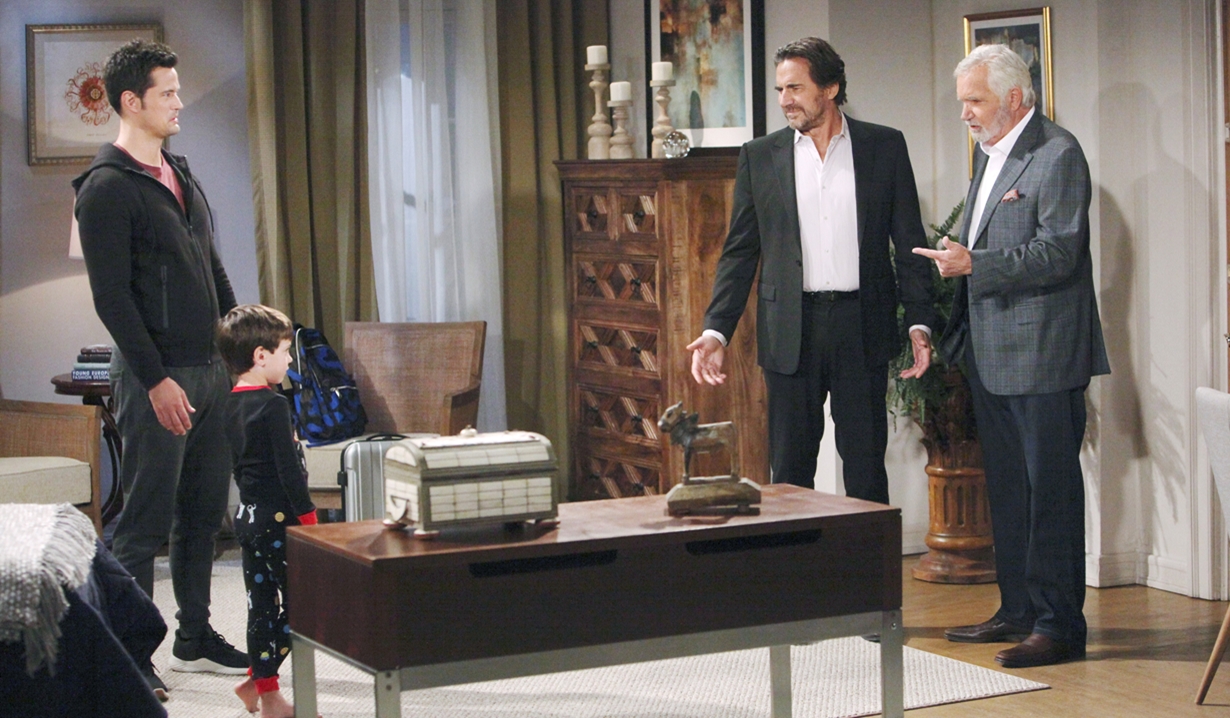 At the Forrester mansion, Ridge and Eric assure Thomas he and Douglas aren’t imposing. Eric declares it a guys’ night as Quinn’s away. As Thomas explains to Douglas he must go to bed, Eric and Ridge step aside to discuss Brooke’s attempt to get Thomas to sign adoption papers and Eric worries about Ridge’s marriage. Ridge tells Douglas and Thomas it’s been a difficult time but now they must heal. Eric taught him how to make a family stronger and he’ll be there for both of them always. After, in Douglas’ bedroom, Eric encourages Thomas and Douglas to make themselves at home. He and Ridge leave Thomas to tuck the boy in. 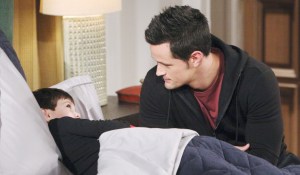 Thomas talks to his son about the love and protection they’ll have there and promises he’s going to be the dad he needs him to be. Douglas wants to go home with Mommy Hope. In the living room, Ridge leaves Brooke a voicemail then rants to Eric about her vendetta against Thomas – she wants him to pay for what he’s done with Douglas, who isn’t Hope’s kid. He reflects that Brooke looks at Thomas the way Stephanie used to look at Brooke – like he’s worth nothing. Eric asks if this could be the end of their marriage.

At Brooke’s place, she updates Donna on Ridge and Thomas practically dragging Douglas out of there. Donna notices Brooke’s not wearing her wedding ring. Brooke confirms she gave it back to Ridge – what’s the point of wearing it if her husband’s not loyal to her? Donna urges Brooke to listen to Ridge’s messages or call him back, but she feels he’s made his choice. 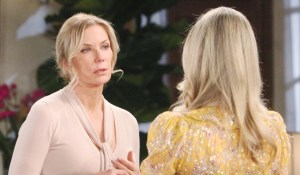 She laments that Thomas isn’t fit to be a parent and Ridge needs to see that or there’s no moving forward. Donna doesn’t blame her for feeling betrayed, but she’s defending Hope as Ridge is defending Thomas. Brooke responds that Hope deserves defending. She sighs that it was heartbreaking watching Douglas be taken from her and complains about Ridge whitewashing what Thomas did. Donna croons that Ridge loves her. Brooke won’t talk to him – if she says what’s in her heart, she’s afraid he won’t talk to her ever again. As hurt as she is, she has to believe they’ll move past this.

At the Forrester mansion, Ridge doesn’t get a response from Brooke and Eric counsels, “She needs time, Ridge.” Ridge feels if she wants to run away from their vows, two can play that game. He won’t abandon his boys not even for the love of his life. Eric encourages Ridge to sleep on it. Ridge heads to the guesthouse and undresses in the dark. He sits on the bed and someone screams – it’s Shauna; Quinn told her she could stay there. Ridge chuckles at her face mask, then admits Brooke took off her wedding ring. Shauna asks if his marriage is over. Ridge removes her mask then kisses her.

Hope reveals her plan to Brooke. 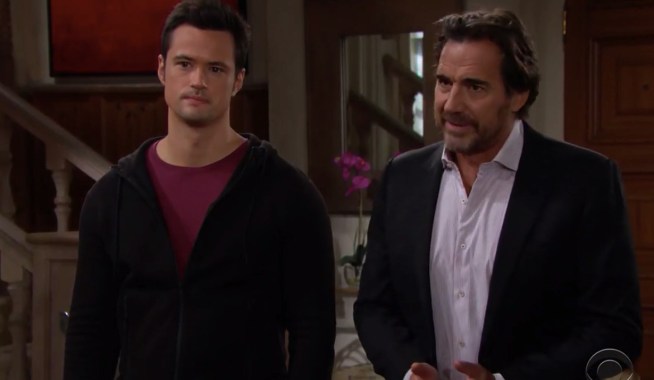 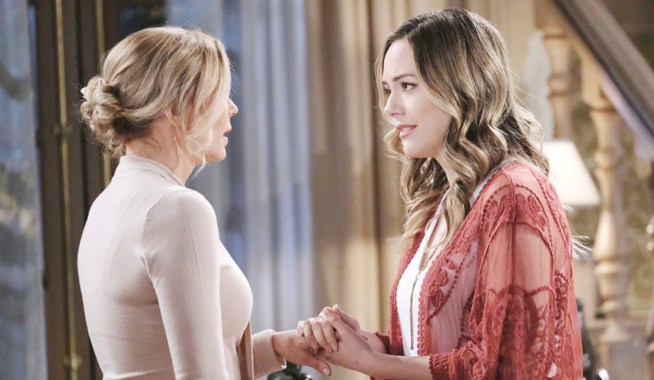