Friday, October 25, 2019: On The Bold and the Beautiful today, Hope is left devastated, as Brooke and Ridge reach an impasse in their marriage. 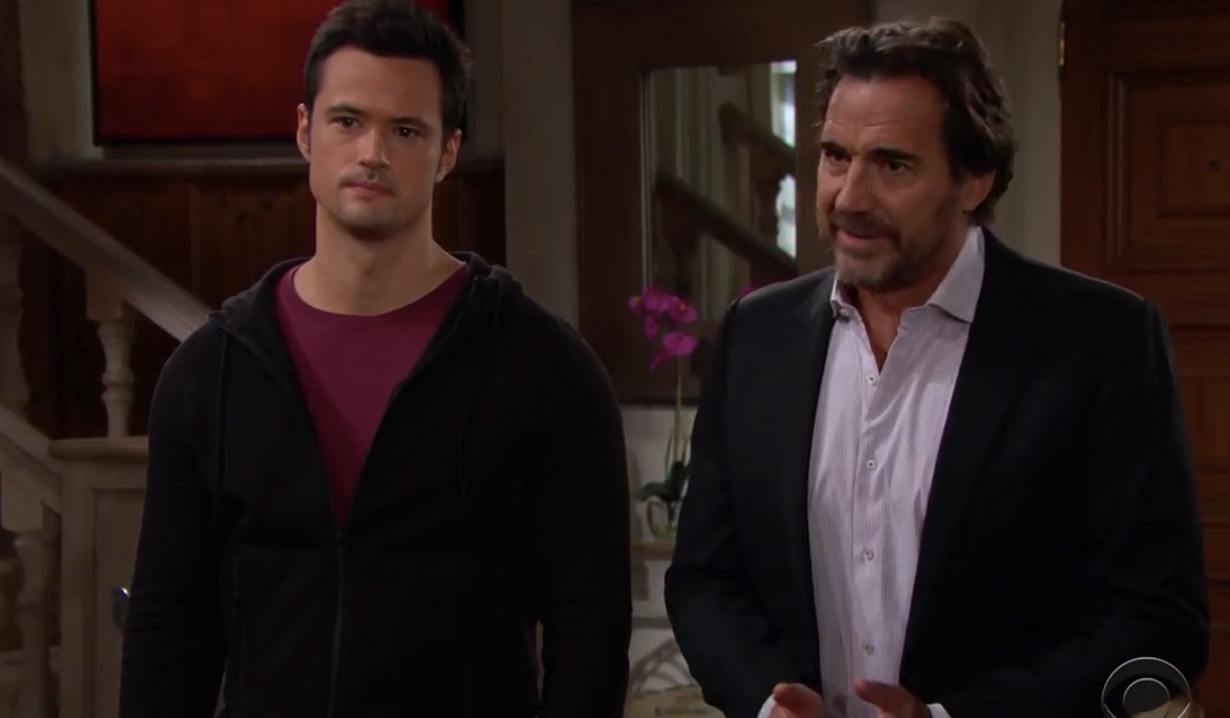 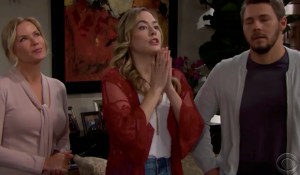 At Brooke’s house, Thomas remains silent as Ridge debates Brooke, Hope, and Liam about Douglas. Hope says she finally has peace after believing she lost Beth and now they want to put her through losing another child? She begs Thomas not to do that. Ridge is sorry, but calls Hope taking Beth from Steffy the same as Thomas taking his son back. Thomas has every right just like Hope did. Hope is gutted. Brooke wonders how Thomas is going to raise a son in a two-bedroom apartment he shares with Vinny. Ridge updates them on their living arrangements with Eric. Hope gets a message that Douglas is being dropped off. Thomas leaves to get him as Brooke urges Ridge not to let Thomas take the boy out of this house. Ridge reminds her Douglas will be with all the Foresters. Brooke points out she is a Forrester too. She accuses him of not thinking of her as family. Just like Stephanie. She says, “Say it. No slut from the Valley is worthy of raising a Forrester.”

Thomas brings Douglas into the cabin and tells him they’ll be living together again. Thomas misses him and promises he will be the daddy Douglas needs him to be. Douglas smiles and they hug.

Back at the main house, a flabbergasted Ridge tells Brooke this is not about Forrester versus Logan. It’s about what Douglas needs. Brooke has tried to be patient and understanding but she won’t allow Douglas’ safety to be jeopardized. Ridge spits back that she doesn’t get to decide where Douglas lives. Brooke takes off her ring and puts it in his hand. She reminds him that he promised to love and cherish her above all else, but he isn’t capable. Ridge doesn’t think she’s capable of forgiveness. Thomas won’t lose his kid over this. Brooke asks, “And you want to lose our marriage over this?” Thomas brings Douglas in to say goodbye. Douglas asks Hope if she’ll be his mommy. She says of course. She assures him he did nothing wrong and she’ll miss him. He’ll miss her too but he wants to be with his daddy. He loves Hope and hugs her. Hope dissolves into tears when Douglas leaves with Thomas. After railing at Ridge again, Hope begs him to look after Douglas. He promises. Douglas runs back in to give Hope the doll Caroline gave him. He thinks it will make her feel better. Before he leaves, Ridge holds up Brooke’s ring to her. She looks away and Ridge leaves.

More: Jeff Branson in historical reimagining, For All Mankind 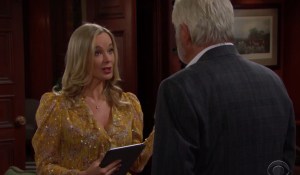 Donna enters Eric’s office. When she sees her ex, she calls him Honey Bear then looks around to make sure they’re alone. Eric assures her they are but she’d be in trouble had Quinn heard her. Donna is looking for Ridge who is due in a meeting, but Eric relays he’s with Thomas who is taking Douglas back. Donna and Eric debate the issue. Eric notes this is a terrible situation no matter how it turns out. 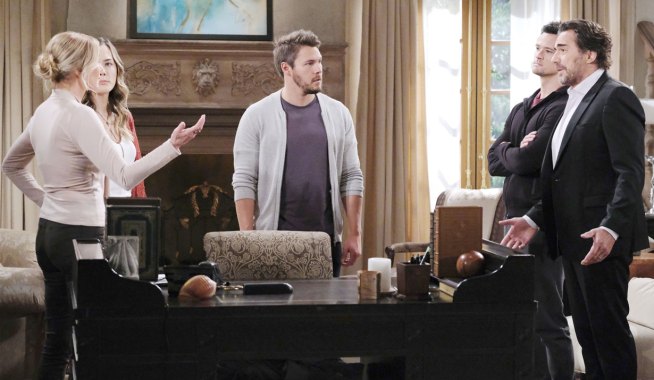 Ridge Explodes Over Brooke’s Deception Regarding the Adoption Papers 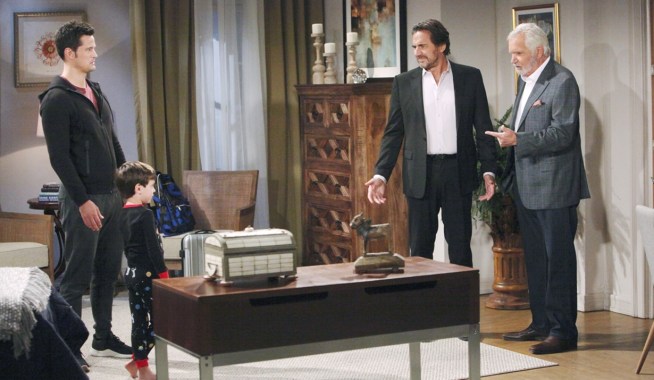