Brooke Has Adoption Papers Drawn for Douglas Behind Thomas’ Back

Tuesday October 22, 2019: On Bold and the Beautiful today, Hope wants to secure Douglas’ future, Thomas seeks out Brooke for her latest stunt, and Vinny meets Zoe. 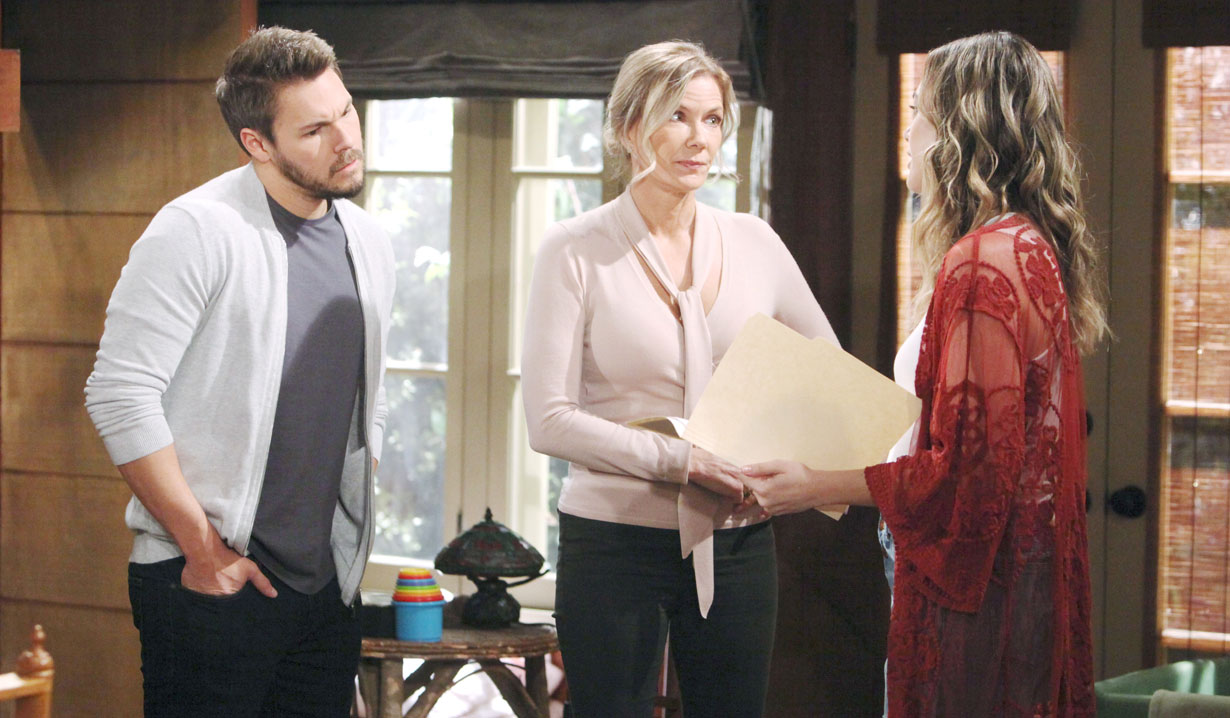 At Vinny’s, as Zoe accepts Thomas’ offer to crash there, he gets a text and rants that Brooke’s trying to steal Douglas away – she had adoption papers drawn up. 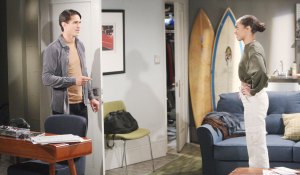 Zoe doesn’t think Ridge would let her do this, but Thomas knows she waited until Ridge was out of the house to pull this stunt. Did Brooke contact Zoe to testify against him? Zoe denies it. Thomas hands over a spare key, says he’ll talk to Vinny about their arrangements then heads out to stop Brooke. Later, after Vinny arrives, Zoe introduces herself and brings up Thomas’ offer. Vinny wouldn’t mind staying with his girlfriend for a while and agrees. He’s worried about Thomas, who doesn’t get to spend nearly enough time with his son. Zoe admits some people are trying to take Douglas away from him. Vinny knows the Forresters – they were neighbors growing up until his dad got in trouble… he knows Thomas won’t let them take Douglas away.

Over at the cabin, Liam catches Hope up on Beth then defends his text from Steffy, which included x’s and o’s. He believes they need to be sensitive to Steffy’s loss. Over talk of Douglas, both gush over how he calls Hope mommy and looks up to Liam. Brooke arrives with adoption papers, naming Hope and 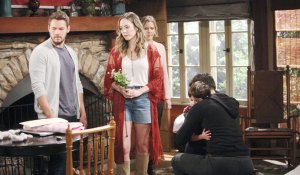 Liam as adoptive parents. Hope’s on board, but Liam thinks Douglas should have a say in this. Brooke explains that Thomas will need to sign over his parental rights, but it’s up to them to make sure Douglas has a good future. The sitter drops Douglas off and the boy shows them his science project. Though he wants to show Beth, Hope convinces him to go pick flowers for the dinner table – but to stay within the gate. Soon, Thomas barges in and demands to see Douglas. Hope says Douglas is happy with them, but Thomas plans to take his son. Douglas appears with flowers and nervously shows his dad. Hope convinces Liam to take Douglas to the main house. Thomas promises they’ll be together soon then hugs his son. Alone with Brooke and Hope, Thomas insists he can raise his son and says, “He has a family and it’s not yours.” Brooke holds out the papers and wonders if Thomas loves Douglas enough to do what’s best for him. Hope knows he loves him but Douglas needs more than that. Though things have been bad between them, Hope brings up Caroline’s dying wish – if it was true – and wants to be a mother to Douglas. Hope hands Thomas the papers. Brooke urges him to sign them – if he loves his son.

Ridge makes a promise in regards to his son and grandson. 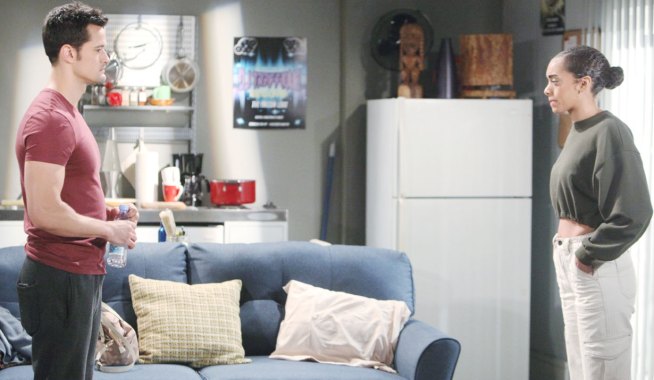 Steffy Warns Ridge His Marriage Is on a Collision Course 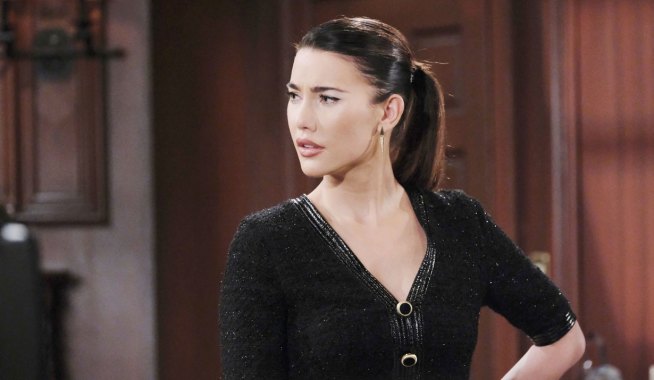