Monday October 21, 2019: On Bold and the Beautiful today, Liam wants to put the children first, Steffy and Hope get into an argument, Thomas lays out his plan to Zoe, and Shauna talks to Ridge about what could have been. 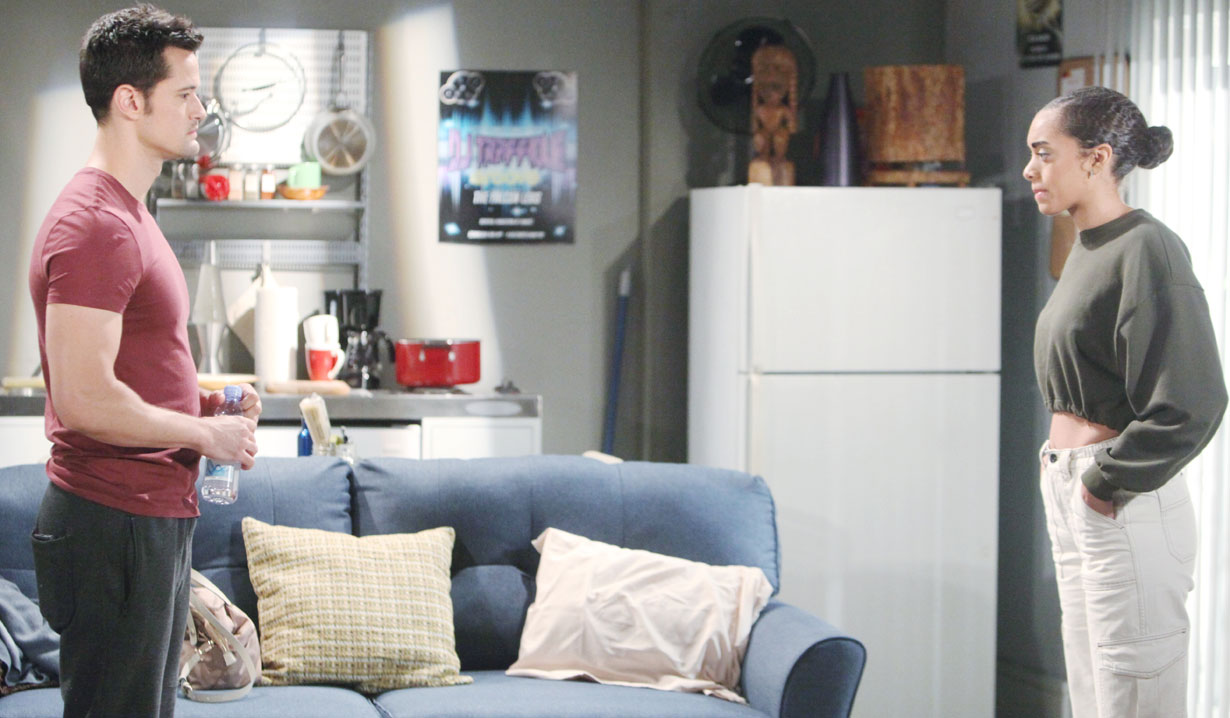 At the cliff house, Hope urges Liam to tell Steffy that he sees 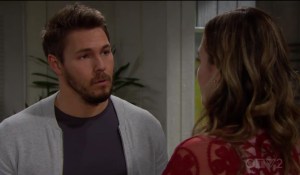 his future with her and Beth, not Steffy. Liam doesn’t think this is necessary but Hope disagrees. Steffy deserves to know his future plans so she can move on. The baby cries so Steffy runs off. Hope asks him to set boundaries. Steffy returns with Kelly and Liam holds her. She wants her daddy to stay but he explains he will visit but doesn’t live there anymore. Steffy puts the baby down again and Hope tries to get their discussion back on track. Liam says the kids are his focus. Beth’s cries drag Liam into her room. Steffy asks why Hope’s putting unnecessary pressure on Liam. He returns with the baby and takes her home while Hope says Liam will do what’s best for the kids by giving stability to Douglas while being there for Kelly. Steffy accuses her of making decisions for Liam and calls her selfish and self-absorbed. Whatever decision Liam makes is his. “Not yours,” she says, pointing a finger at the blonde. Hope walks out.

More: Interview, B&B alum on why she left Hollywood

At Vinny’s apartment, Thomas and Zoe talk about how tough, scary and surreal it was watching her father’s trial. 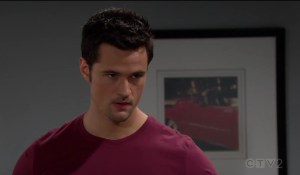 She’s relieved he didn’t get away with it and that the family got closure. Thomas says he’ll have closure when every last Logan is out of his company. Flo’s mother may be the key to pulling this scheme off. Talk turns to Liam and how he’d be with Steffy if it wasn’t for Hope. He can’t believe the hold these Logan women have. His dad’s been sucked in his whole life but Liam’s got a chance. His grandma tried to stop the Logans years ago and he plans on accomplishing what she never could. He calls himself the true leader of the family and bashes everyone else while he surprises Zoe by admitting she’s been on his mind as a future model at Forrester. Zoe’s flattered he’s thinking of her but her mom’s pressuring her to return to London. Thomas tells her to stay – with him. They’ll work something out. Zoe giggles nervously and gently chides him. He calls her beautiful. Is he not supposed to notice?

At Forrester Creations, Shauna tells Ridge to call if he gets into a bind. 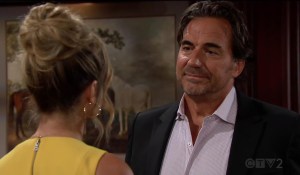 He says nothing so she says she’s just kidding. She knows she’s not welcome in the building. She wishes Flo didn’t get involved with Dr. Buckingham. It ruined everything for both of them, including having a friendship with Ridge. He asks who says they can’t have a friendship. She just assumed…She’s glad Buckingham is behind bars. Ridge can’t help but defend Thomas. Shauna thinks he’s a good dad. She reminisces about learning from mistakes she made with the men she knew who passed through town. She never felt love the way she did before she had Flo and calls being a single parent the hardest job. Ridge knows what they did for Katie was amazing. Shauna asks if there’s a chance the Logans will forgive her. Ridge says it’ll take time. “People make mistakes and they deserve forgiveness.” Shauna appreciates that and tells him there’s nobody like him. If it were her, she’d never let a man like him walk out of her house no matter what he did.

Thomas heads to Brooke’s mansion after learning what she and Hope plan to do. 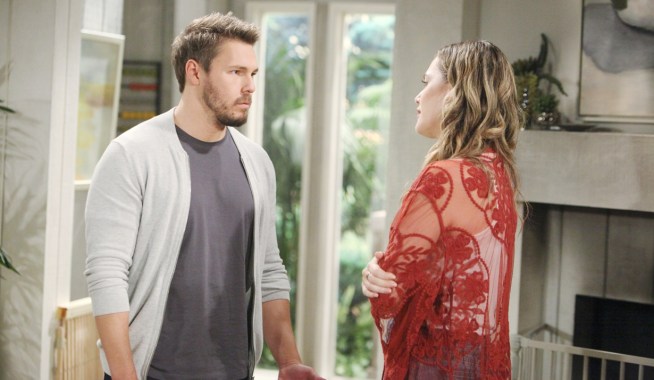 Hope Demands Liam Tell Steffy His Future Is With Her

Brooke Has Adoption Papers Drawn for Douglas Behind Thomas’ Back 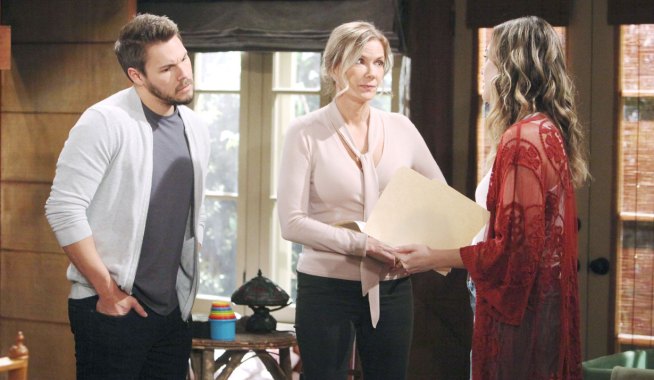