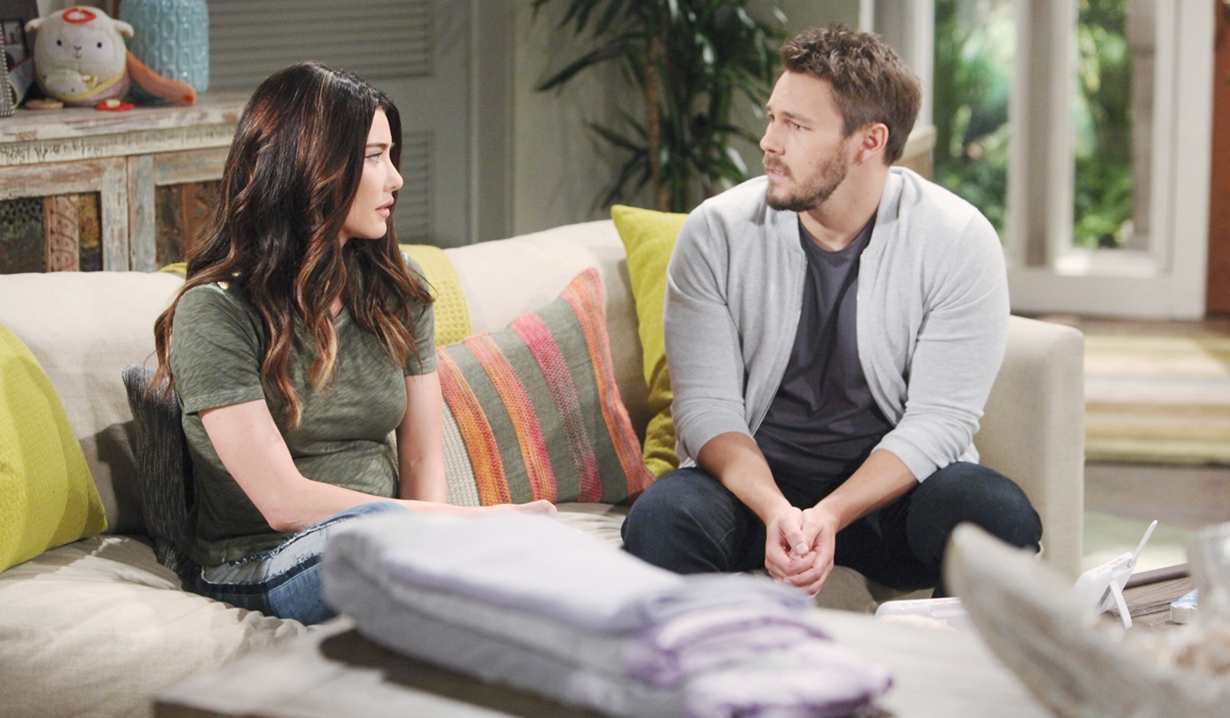 In the cliff house, Steffy concludes business on the phone as Liam enters with Beth. He says, “Surprise,” and Steffy gushes over the baby. She’s so happy they stopped by and tells Liam how much she appreciates this time. Liam clarifies Hope doesn’t know…yet. Steffy notes she hasn’t even heard from Hope. Liam feels she’s focused on making up for lost time and didn’t want to be away from the child another second. He knows how Steffy loved Beth and will do everything he can to keep her in her life. “I promise.” Beth goes to sleep and Steffy observes, “She feels at home here.” She understands why they had to take her home that day, but it all happened so fast. She sympathizes with Hope as a mother, but wishes she could have been more sympathetic toward her. Steffy still has bad times. Liam’s sorry he wasn’t there to support her. Steffy acknowledges he’s the one constant in Beth’s life – they all love him. She wants to be happy again. Liam vows to be there for her and Kelly. Steffy assures him if he stays with Hope and Beth she’ll be okay, but they could have had a beautiful family. His expression makes her ask, “Is it possible? Could we do this again?”

At the cabin, Hope tells Brooke that Beth is out running errands with Liam and Douglas is with Eric. 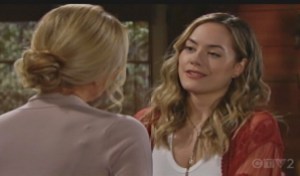 Brooke reveals there’s been news about Reese Buckingham – he pled guilty and the judge sentenced him; he’s going to prison for a very long time. Hope embraces her mother in relief. They rehash not being able to forgive what people did and Brooke’s just happy she and Liam are together. She asks if they’ve thought about their commitment to each other. Hope laughs that it hasn’t crossed their minds. Brooke thinks it should have.

Thomas is about to enter Vinny’s apartment when Zoe appears and wonders why he’s in her building. He’s staying with a friend and invites her in. Zoe complains she’s nearly broke, can’t find a job and her father got the maximum sentence. She hates that she had any part of what he did, but he’s still her dad. 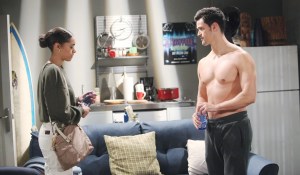 Thomas thinks families have to stick together and grouses that if it were up to Brooke, he wouldn’t have his, including Douglas. He still feels he could have made Hope happy, but if she wants to be with a man who will never commit, that’s fine with him. Zoe snarks that he doesn’t take rejection well. Talk turns to not being forgiven. Thomas snarls if Brooke thinks she can get rid of him, she can think again. He feels Zoe’s the only one who showed him any loyalty. Zoe reveals she’s not with Xander anymore. Thomas confides that Brooke is against him, but he’s going to make her pay. He suggests Zoe wants to be on the right side with the Forresters.

Ridge gets news that worries him.

Thomas Plots Payback for Brooke As...