Tuesday October 15, 2019: On Bold and the Beautiful today, Liam has news for Wyatt, Flo receives a visitor, and Shauna tells Ridge about their kiss. 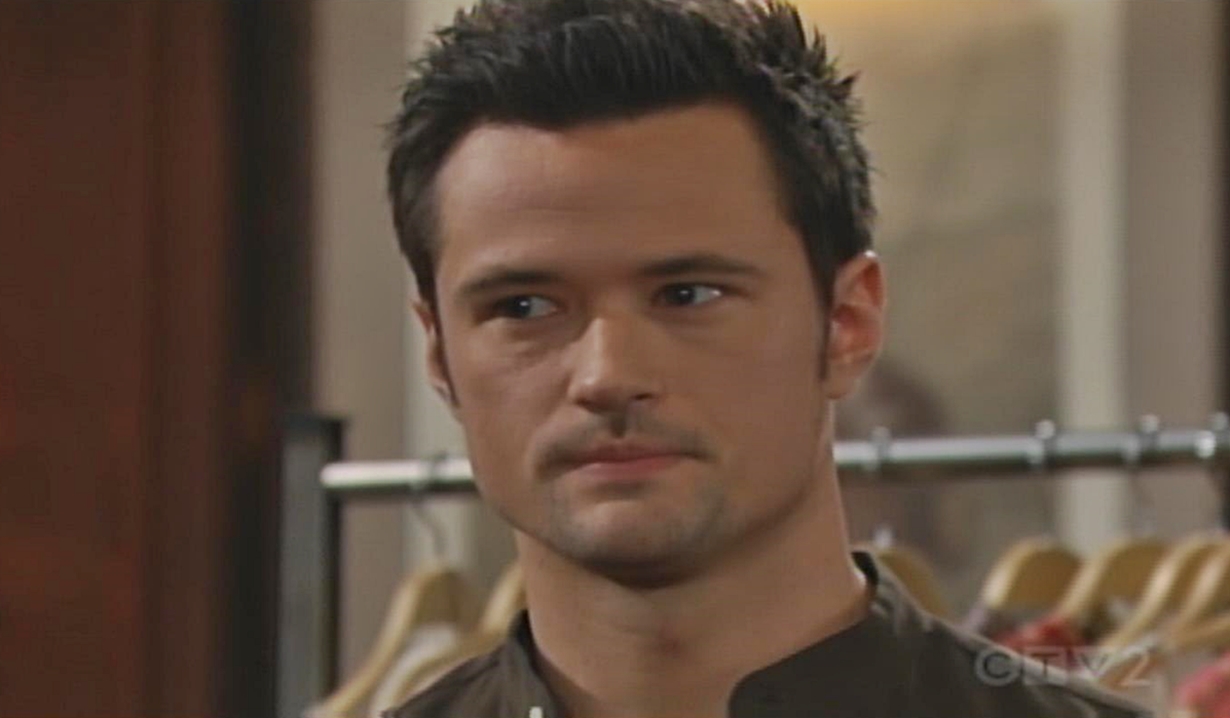 At Forrester Creations, Ridge checks in with Brooke on Katie and muses that Flo really stepped up. Brooke sniffs she should have gone back to prison, not to her apartment. Ridge asks about her confrontation with Shauna. Brooke won’t forgive them and can’t believe he’s even asking her that. She reminds him what Flo did, and about his night with her shady mother Shauna. Thomas enters. Brooke informs him he doesn’t work there – he gave up his place at the company when he decided to betray her daughter. Thomas is contrite – he was just dropping off designs. Brooke snaps they don’t want them and urges Ridge to tell his son to leave. 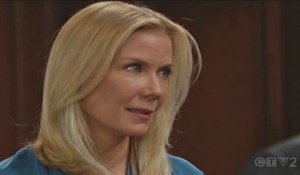 Ridge protests and Thomas intervenes – he hates to see them arguing. He knows what he did was wrong, but Brooke has to give him a chance to make things right. Brooke restates his transgressions and levels that she will never forgive him. Ridge is disgusted – people forgave her for things. Brooke thinks Thomas should go to a mental facility. Ridge won’t send him away. Brooke’s furious he’ll defend Thomas, Flo and Shauna before defending her daughter and storms out. Thomas worries Ridge has to choose between his wife and son. Ridge thinks she’ll come around and confirms to Thomas that Katie’s donor was Flo.

At the cabin, Liam tells Wyatt there’s something he needs to know about Katie’s transplant. The family elected him to update him that Katie’s organ donor was Flo. Wyatt’s stunned and thinks it’s sad she’s still being rejected. Liam reminds him she helped kidnap his daughter and lied about it for months. He understands Wyatt’s feelings are more complicated.

At home, Flo tells Shauna her pain was worth it to save Katie’s life. Shauna’s impressed by her selflessness. She complains about Hope and Brooke still looking down their privileged noses; it makes her crazy. Flo’s surprised she expected anything different and reminds her she didn’t do this to get back in the family. 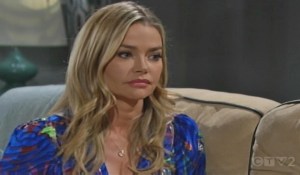 Shauna thinks Ridge is feeling sympathetic toward them and can’t stop thinking about their kiss. Flo notes he doesn’t remember the kiss because he was passed out. Brooke is still the love of his life and she doesn’t want her mother setting herself up for rejection. Shauna thinks there’s not much more tension that marriage can take. Wyatt arrives, so Shauna steps out. Flo jokes about her post-hospital look. Wyatt thinks she looks like she just saved someone’s life. Flo feels she was put in this place to help Katie and hopes she made her father proud. Wyatt’s sure she did – she made him proud too.

Shauna joins Thomas and Ridge at Forrester and they discuss Flo’s gift to Katie. Thomas exits, and Shauna notes he was very nice about Flo compared to Brooke. Ridge is disappointed in the way his wife is handling things. Thomas peeps in as Shauna confesses she kissed Ridge that night at Bikini Bar and claims he kissed her back.

Thomas Plots Payback for Brooke As...