Monday October 14, 2019: On Bold and the Beautiful today, Sally and Wyatt discuss Flo, Katie has a message for her donor, and Ridge overhears a warning. 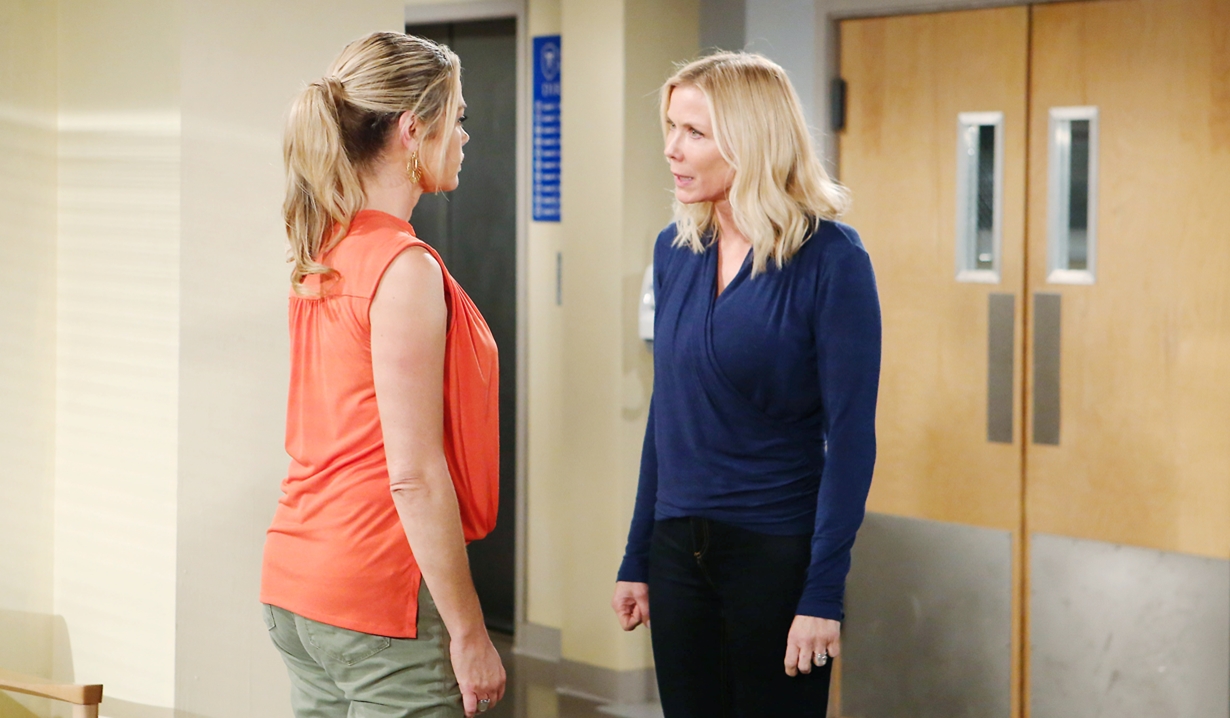 In the hospital, Brooke thinks Flo as Katie’s donor must be a sick joke. Shauna explains they were worried about Katie and wanted to help. Hope wonders if they thought they would just forget what Flo did. Dr. Davis enters to talk up Flo’s sacrifice. After, Shauna thinks the Logans should be grateful to Flo – isn’t Katie’s life what’s most important? Brooke feels they should have been told and Hope observes that Flo’s really good at keeping secrets. Shauna explains Flo was worried they’d have stopped her from donating. Flo explains she did it because she had to; she wanted to. She knows she hurt them, and they hate her, but she did it for Katie and Will, and for Storm, as she wants him to be proud of her. Donna isn’t forgiving what Flo did to Hope, but can’t ignore the gift she gave Katie. Brooke and Hope are grateful, but it doesn’t absolve Flo. 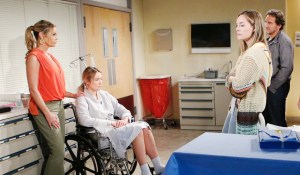 Brooke states giving a kidney doesn’t change the way they feel. She warns Flo is not back in the Logan family and never will be. Katie won’t ask anyone to accept Flo or forgive her, but cries, “I’m so grateful for you.” Because of Flo, Storm’s gift to her wasn’t wasted, and her boy has his mother back – she’s got her life back. Katie adds that Flo’s father would be proud of her and thanks her as she’s wheeled out. Brooke follows Shauna to the corridor and warns that Flo may have been sincere about the surgery, but she’s not a saint, not after what she did to her daughter. No matter how many organs she donates she’s not back in the family. Brooke warns Shauna to stay away from her, her sisters…and her husband. Ridge hears.

In the cabin, Sally and Wyatt fret over finding extra diapers and not being able to locate Hope’s list of instructions. Douglas produces the list and informs Wyatt he put it on the fridge so he wouldn’t forget where it was…he also finds the diapers. Sally quips she could use one of him around the house. 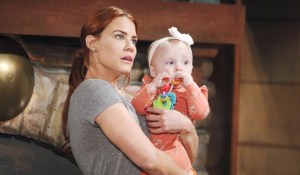 Douglas goes on to help them get Beth down for a nap. He tells Sally and Wyatt he loves Beth a lot and is happy she’s back with her family. Wyatt credits Douglas for getting her back where she belongs. Once the baby’s asleep and Douglas is in the other room reading, Sally and Wyatt discuss Katie’s successful surgery before talk turns to Flo and her lies. Sally notes she still loves him and won’t stop trying to get him back. Wyatt can’t think of anything Flo could do to make him see her differently. They discuss tying the knot. Sally says, “I’m ready when you are.”

TVLine Items: To All the Boys Spinoff Series a Go, The Great Trailer and More