Tuesday October 8, 2019: On Bold and the Beautiful today, Ridge explains himself to Steffy, Bill and Brooke try to reassure Katie, and Shauna sees a chance for Flo to redeem herself. 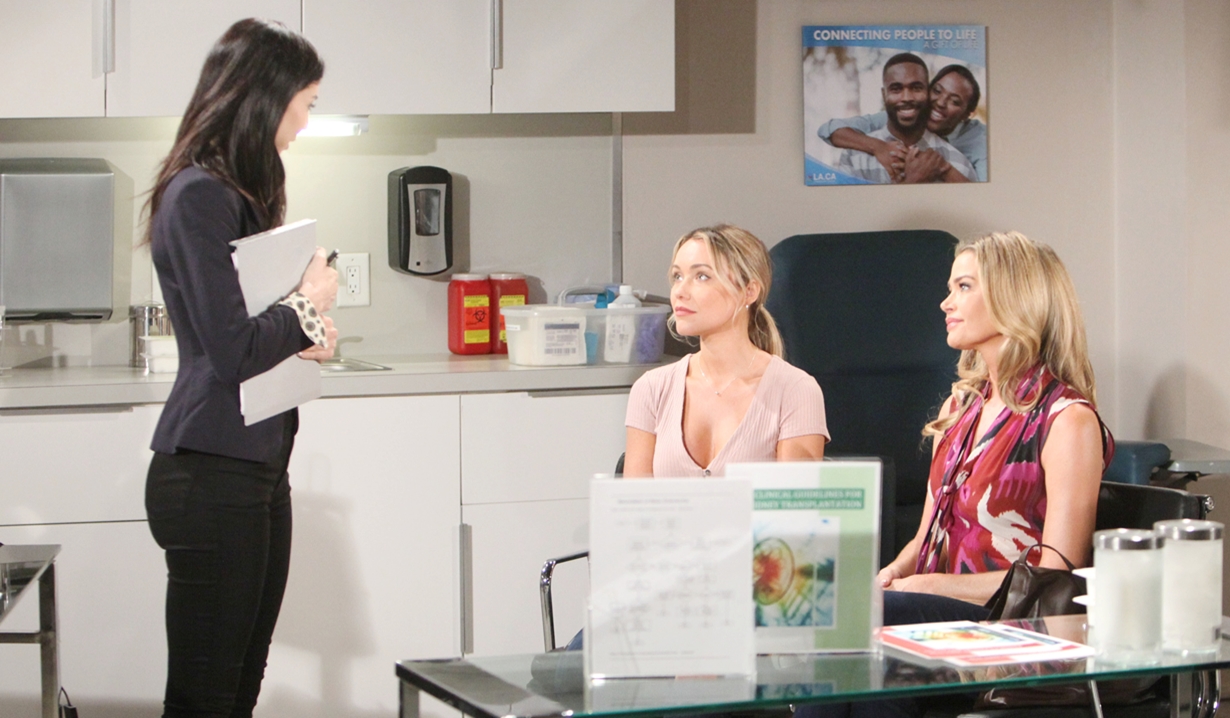 At the cliffhouse, Steffy marvels over the revelation that Ridge and Brooke are taking time apart and he’s somehow involved with Flo’s mother. Ridge explains the night Shauna stayed with him at Bikini Bar. Steffy reminds him of Shauna’s role in Flo’s deception and lets her father know she feels betrayed by him agreeing to the immunity deal and doesn’t blame Brooke for being upset with him about Thomas. Ridge assures her nothing happened between him and Shauna. She believes him, but doesn’t want to talk about her or Flo anymore. Ridge tells Steffy he’s there to heal his family; he’s not giving up on his kids. Steffy wanted to see Flo punished; Brooke, Hope and Liam too; they deserved that. Ridge knows Thomas should be punished too but couldn’t see him go to prison. As a parent, Steffy gets it. Ridge worries his family’s breaking apart. 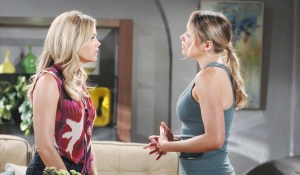 In their apartment, Shauna appeals to Flo that her aunt will die if she doesn’t get a kidney. If she’s a match, it could be her way back into the family. Flo points out having surgery and giving up a kidney is a huge deal. Shauna feels Flo should get tested, but Flo reminds her Katie hates her, though she’d like to help. Shauna thinks it’s an opportunity to show the Logans how wonderful she is – they would be so grateful. “This could change everything for you.” Shauna will make some calls – they’ll need to find out if she’s a match.

In the hospital, Dr. Davis tells Katie and Bill she was hoping dialysis would yield better results. Brooke arrives as the doctor explains dialysis won’t be enough and informs Katie, “You need a kidney transplant as soon as possible.” Bill becomes flustered that the wait time on the list is 3 – 5 years and asks what the cost is to get to the top of the list. Davis says it doesn’t work like that. 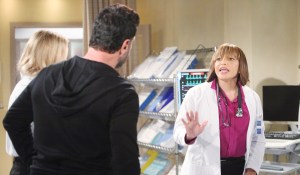 Bill fumes that it does in his world. Brooke grimaces as the doctor says, “Let’s just hope we find a kidney.” Katie realizes that time is not on her side and begins to panic, “I’m not ready to say goodbye to my son.” Bill and Brooke try to be reassuring. Meanwhile, in the transplant center, an employee, Tyler, (played by Briana Cuoco), tells Flo she could very well be a match for her aunt and says a nurse will join them soon. 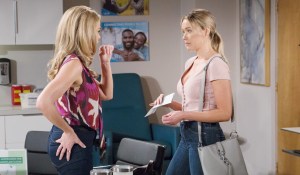 Flo informs her mother she wants to do this to save Katie’s life. Shauna says it could get her back in the family and Wyatt would remember what a caring, giving woman she is. In Katie’s hospital room, Bill’s put out feelers of his own. Katie sobs she wants to watch her son grow up – she can’t leave. “I’m so scared!” In the transplant center, Flo’s blood is drawn; they’ll be in touch. Shauna feels it’s a chance for redemption and she’s the one who will save Katie. 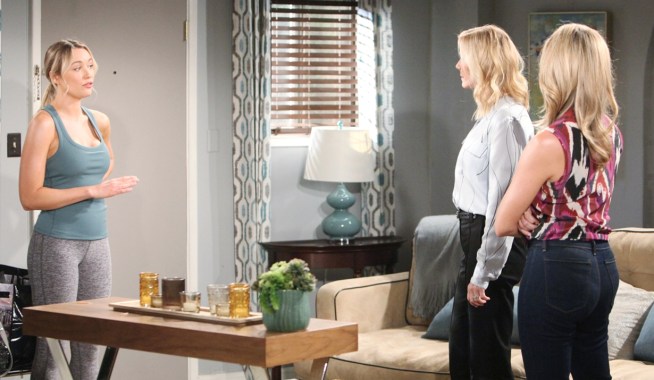 Flo Will Donate Her Kidney to Katie, Who Celebrates Getting a Miracle 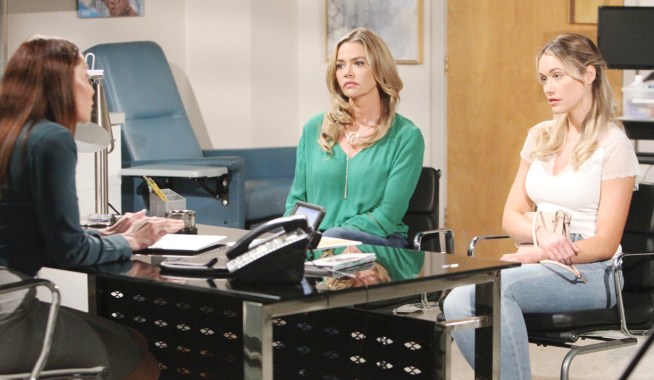