Thursday October 3, 2019: On Bold and the Beautiful today, Thomas urges Shauna to cause trouble, Hope reveals her intentions where Douglas is concerned, and Brooke wants something from Ridge. 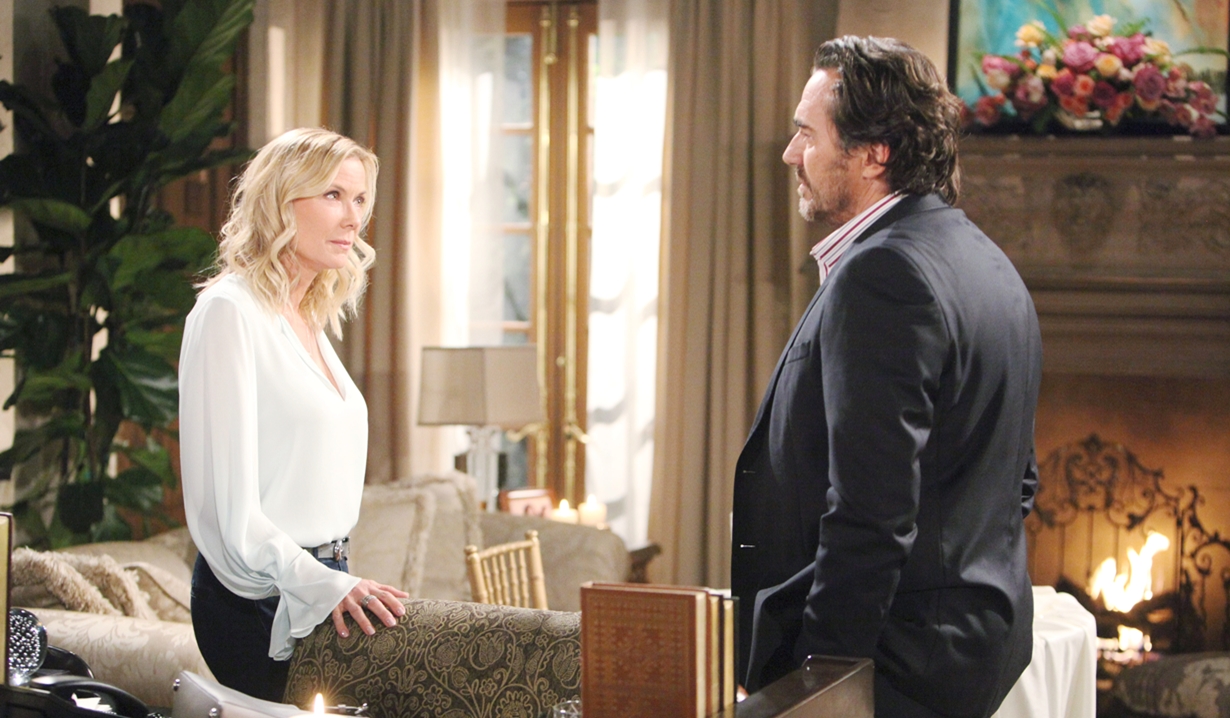 Shauna opens the apartment door to Thomas and states, “Nope. You’re not welcome here.” Thomas assures her Flo’s not on her radar, but she’s another story – he knows all about her and his father. Shauna claims not to know what he’s talking about. Thomas relays the story from Bikini Bar and asks if she wanted to cause trouble in his dad’s marriage – if so, he’s there to encourage her. Shauna acts surprised. Thomas says she shouldn’t be and talks about Hope and Brooke trying to keep him from this little boy. 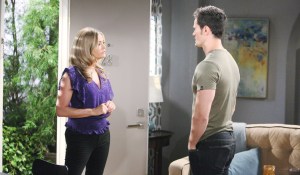 Shauna doesn’t blame them. Thomas accuses her of believing lies about him. He’s sure Shauna would prefer Brooke be out of the picture. Shauna’s stunned to learn that Brooke knows about the night at Bikini and claims she doesn’t want to cause problems for Ridge. Thomas doesn’t buy it and adds he and Brooke could be breaking up as they speak.

In the cabin, Hope and Liam watch Douglas and Beth and Hope says this is their life now. 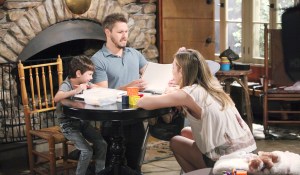 They joke and laugh with Douglas, snap photos, and check out the kids’ crayon drawings. Hope tells Douglas that Beth lights up when he’s around. Douglas is happy around Beth…and with Hope and Liam. They all express their love. Later, when Douglas is outside, Hope tells Liam she agrees with her mother that Douglas should be with them. They need to keep him safe from Thomas.

At Brooke’s house, she hates that Ridge spent the night with Shauna and says, “That is unacceptable knowing what Shauna and Flo did to Hope.” Ridge understands she feels betrayed, but they need to come together right now. Brooke won’t forgive or forget what his son did to her daughter – it’s just not going to happen. She adds that he repulses her. Ridge reels; that’s his son she’s talking about. Brooke lashes out about him defending Flo and Shauna and spending the whole night with another woman and not saying a word. Secrets are destructive. Returning to Thomas, Brooke still isn’t sure he’s not responsible for Emma’s death and it’s not safe for him to be around Douglas. Ridge has to help him. Brooke cannot be a part of it, and neither can Douglas who needs a safe, secure home – he should live with Hope. She tells Ridge if he loves his grandson, he will agree. Brooke gets photos from Hope and shows Ridge that Douglas is so happy. She wants him to convince Thomas to sign over guardianship – she won’t allow Douglas to go back to Thomas and possibly be tortured for the rest of his life. Ridge has to help his son and can’t do it there. Brooke urges professional help. She tells Ridge to go, but when he comes back, she wants him to bring custody papers for Douglas. They agree to take time apart. Ridge will call when he’s settled. They express their love as he leaves. Brooke cries.

Katie gets word about a kidney donor. 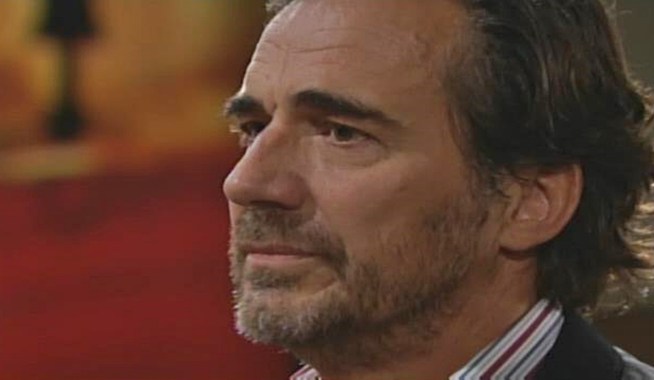 Brooke Unleashes on Ridge for Spending the Night With Shauna 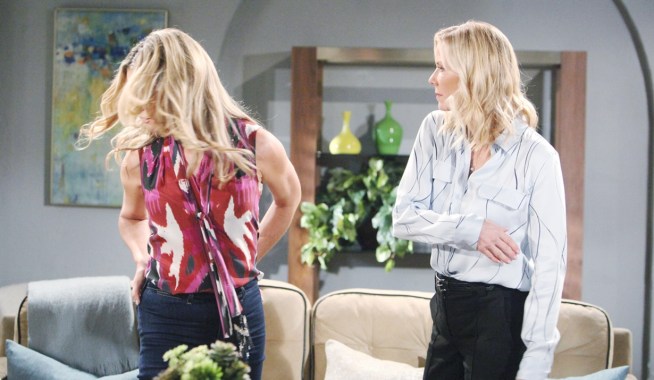