Tuesday October 1, 2019: On Bold and the Beautiful today, Thomas pressures Danny, Liam and Ridge argue about Douglas, and Bill finds Shauna at the hospital. 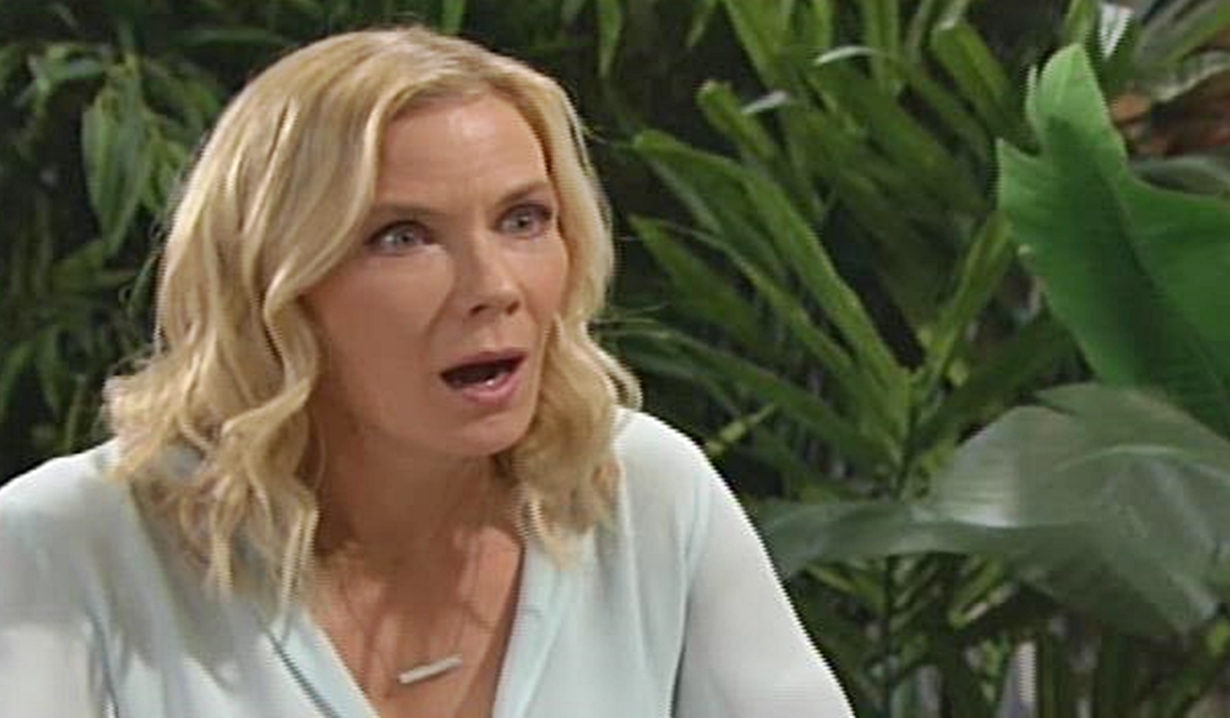 In Brooke’s house, Liam tells Ridge they just got back from seeing Katie, and Hope sent him up there to talk to him about Douglas. Liam hopes Ridge knows it’s not okay for Thomas to show up and scare his son. He updates Ridge on the boy coming home with a stomachache because Thomas yelled at him; it’s unacceptable. 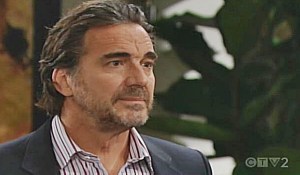 Ridge snaps that maybe a father being kept from his son is unacceptable – Thomas is trying to be a better person. Liam mentions Emma and they debate whether Thomas killed her until Ridge doesn’t want to hear anymore from Liam about his son or Douglas. Once alone, Ridge texts Brooke.

At Bikini Bar, Thomas whines to Danny that Brooke used to be nice to him. Danny’s unsettled about the plan to cause trouble in her marriage. Thomas reminds him doing this favor will help his modeling career – all he has to do is tell Brooke that Ridge spent the night with Shauna Fulton. Thomas hides in the shrubbery when Brooke appears. Danny quickly tells her Ridge was drunk and adds, “We got him upstairs.” 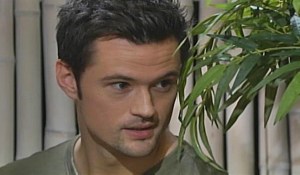 Brooke asks, “We?” Danny clarifies it wasn’t Carter and acts uncomfortable. Brooke senses it was a woman and feels she has a right to know. Danny doesn’t want to start anything. Brooke won’t leave until he tells her. Danny says it was Flo’s mother. Brooke gasps, “Shauna Fulton?’ On her phone, a text from Ridge appears, unseen, to come home. Brooke orders Danny to start talking, so he spills all. Brooke, stunned, exclaims, “Shauna Fulton spent the night with my husband?!” She then sees Ridge’s text. After, Thomas advises a sour Danny that he is the future of the family and he’ll be looked after. He needs to get Brooke and the Logans out of their lives once and for all.

At the hospital, Bill spots Shauna and asks, “What the hell are you doing here?” Shauna is concerned about Katie and just wants to know how she is. Bill relays she is doing better on dialysis, but needs a kidney donor. He then reminds her Flo destroyed his son’s life and calls her and Flo ‘grifters’. 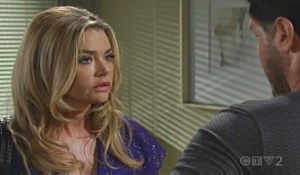 Shauna explains it was the biggest mistake of their lives and she didn’t want her daughter to lose everything. Bill believes the two of them belong in jail along with Buckingham and complains about Flo going free. Shauna’s grateful to Ridge. Bill says don’t get him started on Ridge. Shauna relays that Brooke and Ridge are fighting about Thomas. Bill advises her to mind her business and warns the Logan sisters don’t want to see her or her daughter. “Stay away.”

Brooke arrives at home to a romantic candlelit dinner. Ridge is holding a red rose and wants to reconnect. Brooke would rather discuss the night he got drunk at Bikini. Ridge looks sheepish. She asks if he was alone or if he spent the night with Shauna Fulton. Ridge’s expression says it all.

Brooke Unleashes on Ridge for...