Monday September 30, 2019: On Bold and the Beautiful today, Brooke throws Thomas out, Douglas makes a startling revelation, and Shauna is there for Ridge. 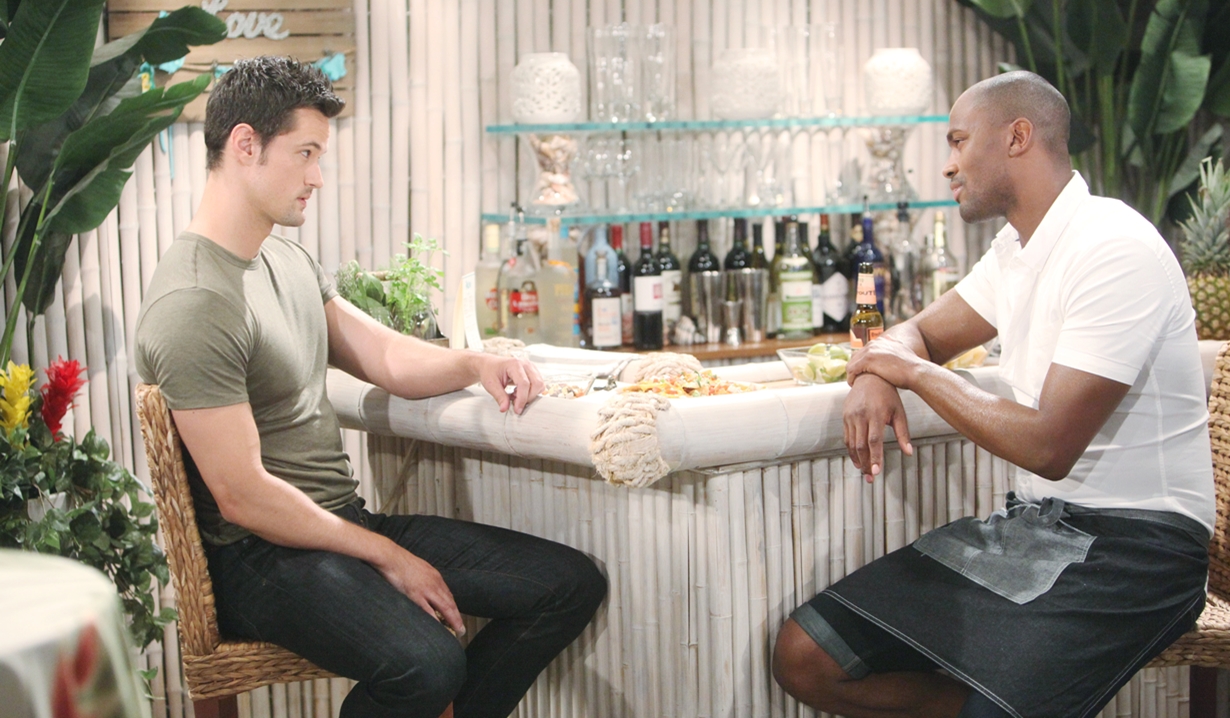 In Brooke’s living room, she and Thomas argue about him being barred from the company and the house and Brooke orders him out. Outside, Thomas gets a call from Vinny who tells him to get over to Bikini Bar – he’s got big news about his dad. Later, Hope and Liam come in and talk to Brooke about Katie’s situation. Hope senses something is wrong, and Brooke tells them they just missed Thomas. Liam calls to ensure he didn’t go by the cabin. 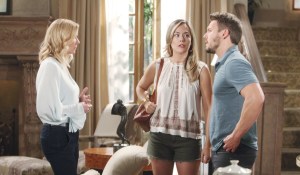 Hope’s glad Douglas wasn’t here, as he returns from a playdate saying he’s not feeling well. Douglas tells the trio he has the same tummy ache he always gets after Daddy yells – he’s still really mad at him. The boy relays that Thomas told him he was bad and didn’t like Liam saying he was a hero. Brooke reassures Douglas and exchanges a look with Hope and Liam as she hugs him.

At Forrester Creations, Shauna informs Ridge that something tells her being there for him at Bikini Bar that night was just the start. Ridge worries about keeping the truth from Brooke even though nothing happened. Shauna shrugs, “Then tell her.” Ridge thinks it’s best left alone and clarifies he did what he did for his son, not Flo. Shauna complains about Brooke taking things out on him; he’s not supported at home or he wouldn’t have been at the bar. She lets Ridge know he can call her anytime. They discuss Brooke’s position on Thomas. Ridge asks if Shauna would tell her husband his son isn’t welcome, and she’s scared of him? He doesn’t know where to put this.

At Bikini Bar, Thomas updates Vinny that the stepmother from hell wants him out of the company and out of the family. He grumps that Brooke has his father wrapped around his finger. Vinny replies, “I wouldn’t be so sure.” He relays that Danny saw Ridge there the other night, drinking with a blonde who was not his stepmother. Vinny urges him to ask Danny and takes off. Thomas does so, and learns Danny had to cut Ridge off and he was with Flo’s mom. Thomas gapes, “My dad was here drinking with Shauna?” Danny goes on to explain that he and Shauna took Ridge to the room upstairs to sleep it off. 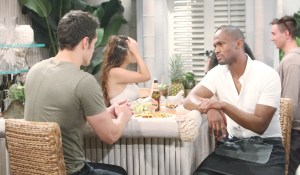 Thomas marvels at the revelation that Shauna spent the night with him. Danny has Ridge’s belt, so clothes were taken off. Thomas muses that Brooke will come unglued when she hears – this is his chance to get rid of her. Danny doesn’t want to tell Brooke, but Thomas suggests he call her to pick up the belt, then casually mention it. If he’s serious about modeling, he should do him this favor. Danny makes the call but doesn’t feel good about Thomas wanting to ruin her life. Thomas says she ruined his childhood – it’s well-deserved.

Bill issues a warning to Shauna. 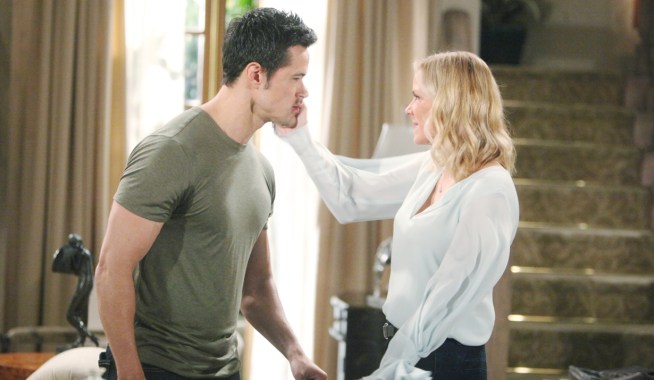 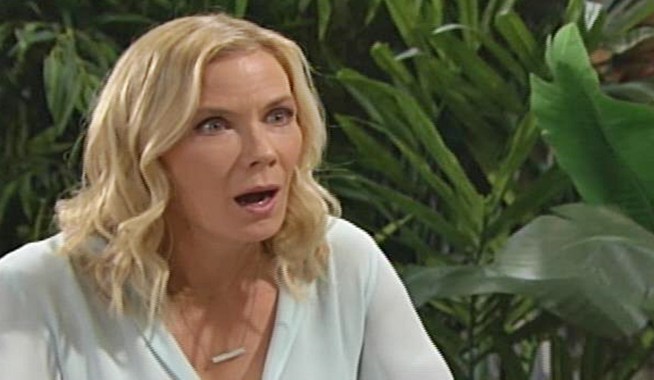