Wednesday September 25, 2019: On Bold and the Beautiful today, Quinn argues with Wyatt about his engagement, Eric arrives at the hospital, and Sally has more bad news for Flo. 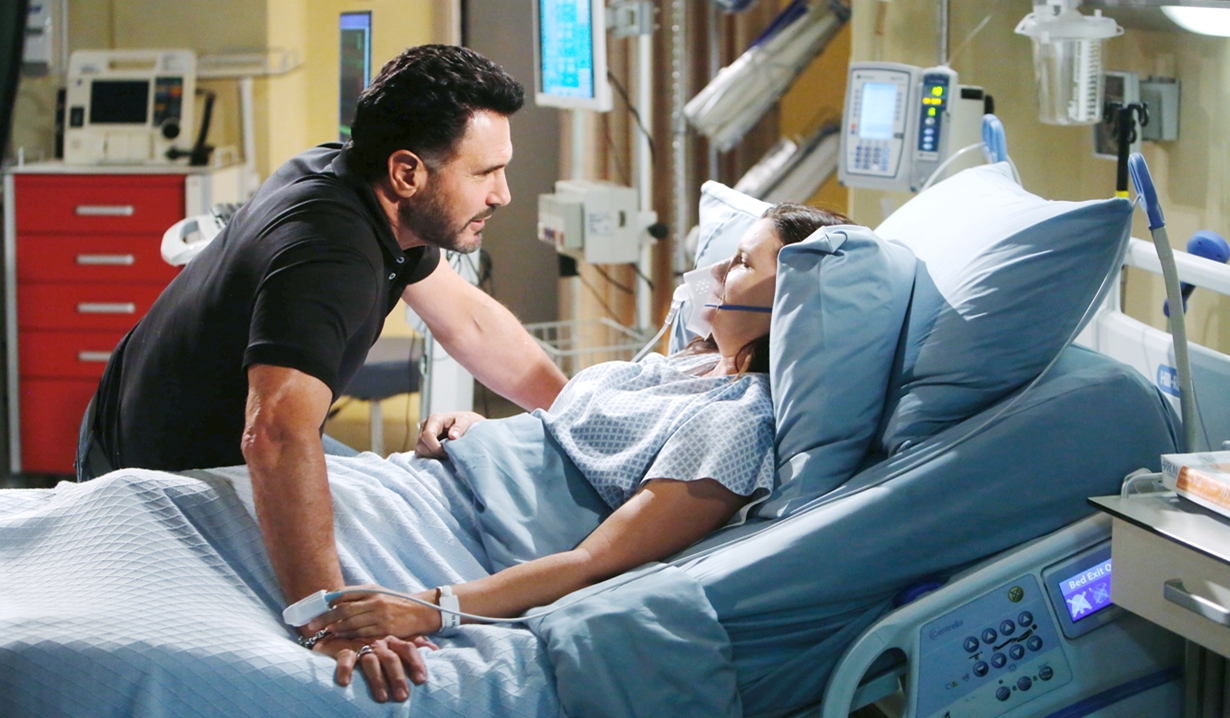 At the hospital, Dr. Armstrong is handed more test results in Katie’s room. Outside in the corridor, Brooke intervenes when Bill gets testy with Ridge. Armstrong joins them as Eric arrives and relays the dire news there is damage to both Katie’s kidneys beyond the scope of surgical repair. 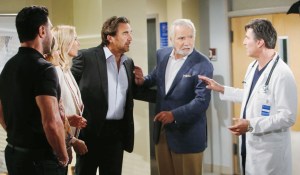 He’ll see the best nephrologist is put on her case. Bill enters Katie’s room and pleads with her to come back – it can’t end this way. “I can’t lose you. Katie, you’re scaring me.” Katie awakens, confused. Bill says he loves her, goes for the doctor, and updates the others. Brooke and Donna go in to see Katie, who asks, “What’s happening to me?” Bill looks on grimly.

More: Getting to know Bold and Beautiful’s Dr. Davis

At the beach house, Wyatt reminds his upset mother that Sally stole a dress design from Forrester…not a baby! Quinn yells, “What is wrong with you?” Wyatt quips, “Some people would say my upbringing.” 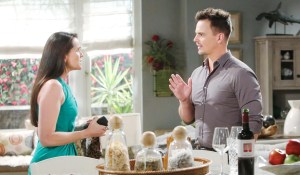 Quinn argues Flo didn’t become a different kind of person. She knows Flo hurt him, but he shouldn’t hurt himself to get even. Wyatt can’t understand how she could possibly defend Flo right now. They debate. Quinn theorizes that Wyatt feels guilty by association and therefore needs to go along with the mob even though there were extenuating circumstances. Quinn learns there’s no ring and thinks the redhead conned him into the engagement. Wyatt argues impulsive can be good sometimes. Quinn gets a text from Eric, who updates her on Katie. Wyatt wants to go over, but Eric says visitors are restricted.

At the hospital, Eric disconnects from Quinn and tells Ridge he can’t believe Katie’s in there when he’s twice her age – martinis must kill germs. Ridge teases he’s immortal; they need him to be. In Katie’s room, she learns she’s in kidney failure and cannot go home. She has years of cumulative damage from anti-rejection drugs. They’ll switch to a better drug, but she’ll need a new kidney. Katie must go on dialysis in hospital until they find a kidney donor. Donna and Brooke tearfully reassure Katie, who tells Bill that Will must be told and cries over needing another transplant. Bill expresses his love and gives her a kiss.

At Bikini Bar, Flo reacts to Sally’s engagement news by saying a proposal doesn’t sound like something Wyatt would do. Sally relays it wasn’t premeditated; 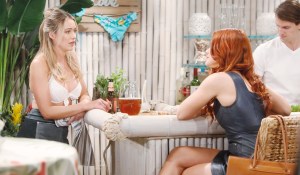 it was like he was trying to prove something to her. Flo thinks he’s trying to prove something to her too. She marvels at him just turning around and proposing to someone else so quickly. They discuss her transgression. Sally points out Flo was twenty times more guilty of lying to him then she was. They debate whether Flo considered Sally a threat. Sally’s irked Flo thinks her proposal is about her. Flo notice she has no ring. Sally takes a call from Wyatt about Katie and relays the news to Flo about her aunt. 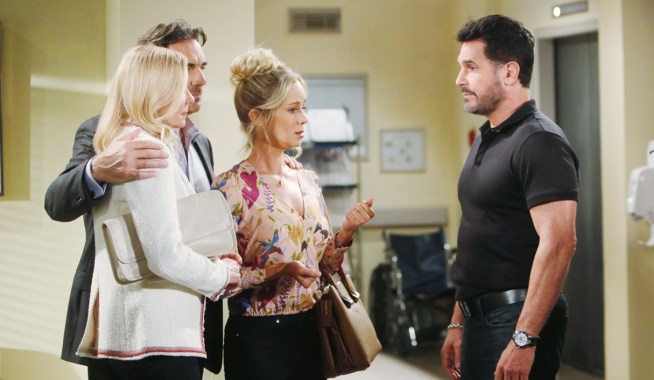 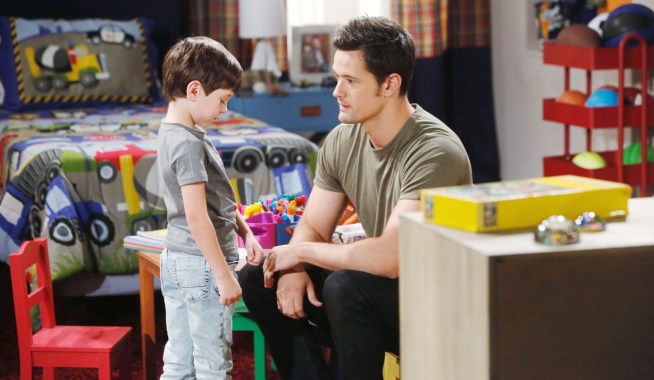