Monday September 23, 2019: On Bold and the Beautiful today, Sally gives Wyatt an answer to his proposal, Brooke and Ridge discuss Katie and Bill, and Bill breaks bad news. 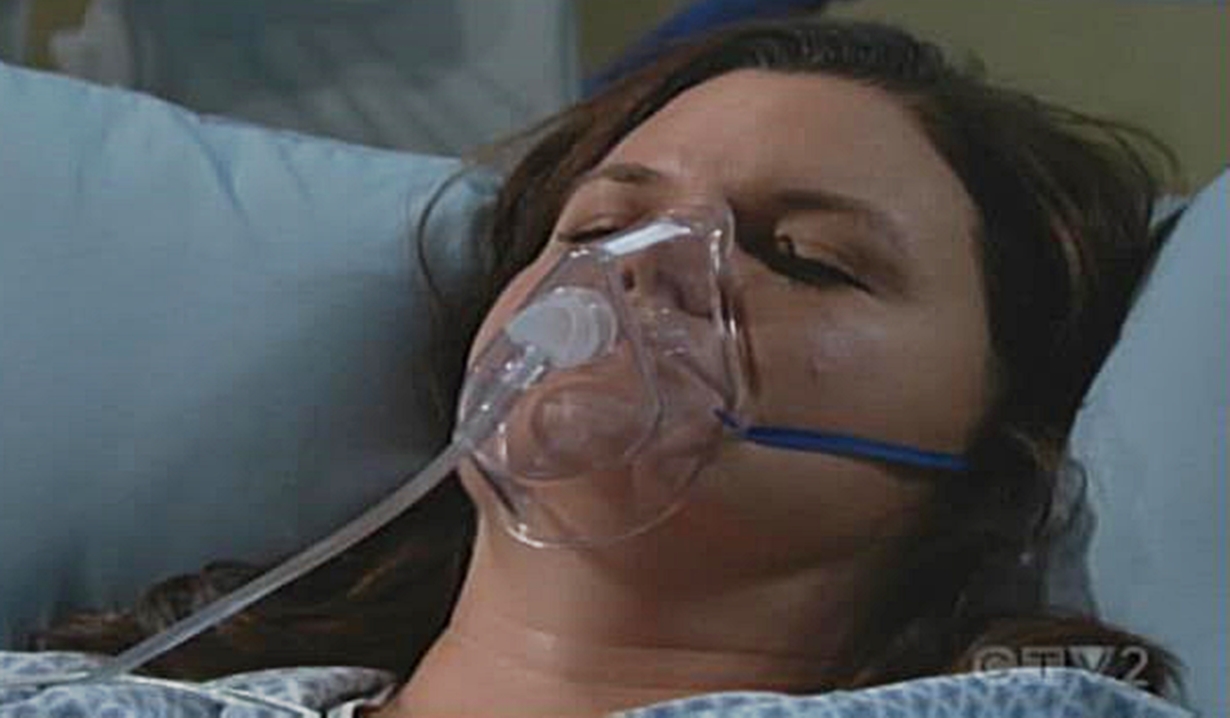 In the beach house, Wyatt, on bended knee, notes Sally probably wasn’t expecting this – neither was he or he’d have a ring. Wyatt wants to marry Sally and pops the question again. He talks about building something for their future children then falters, “I’m dying down here.” Wyatt asks her to please say something. Sally pulls him up as he vows to stay down there for 10 years. He asks again if she’ll marry him. 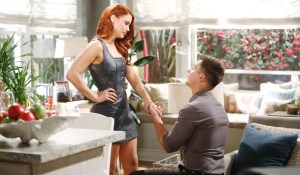 Sally exhales, “Oh Wyatt.” She recalls how much it hurt when he moved on so quickly to Flo, but still loves him. She asked for reassurance and he really came through for her. She wants him, and wants this. Sally exclaims, “Yes, yes, yes!” Wyatt laughs happily and kisses her. Sally knows the ring will be beautiful, but it’s his words that mean the most. They kiss passionately. Sally undresses and straddles him on the sofa to make love. After sex, Sally calls Wyatt ‘fiancé’ and tells him he’s everything to her. Sally walks naked to pull down the blinds, then rejoins Wyatt. “It’s going to be one hell of a ride, so hold on Mr. Spencer.”

In the Forrester Creations office, Brooke weighs in on Ridge’s latest cruise wear design modeled by Pearl, (played by Mariana Vicente). When the model exits, Brooke expects good press through Spencer Publications now that Katie is back with Bill. Ridge can’t see why she’s interested in Bill and doubts he’ll be there for her and Will. 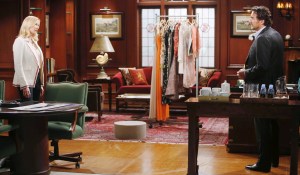 Brooke understands why he doesn’t trust Bill, but hopes that can change. Ridge feels Katie can get them back in Eye of Fashion. He just hopes Bill appreciates her. Brooke feels he does, and will be there when she needs him. Talk turns to Beth being reunited with Hope and Liam. Ridge comments on his daughter – and son – also being in pain, then wants to avoid that minefield. Brooke swerves back to Katie. She couldn’t be prouder of her little sister or love her more.

In Katie’s bedroom, Bill asks, “Katie, can you hear me?” Bill barks into the phone that she’s a heart transplant patient and the paramedics should hurry.

At the hospital, Dr. Armstrong examines Katie and gets information from Bill, who is asked to wait outside as they examine her. When Dr. Armstrong emerges, Bill rambles about getting the best specialists flown in and lets Katie know he’s there. 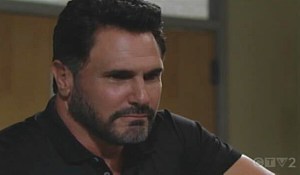 Armstrong takes Katie for tests. Bill calls Brooke to let her know Katie’s in hospital. Armstrong reappears and Bill wants to see Katie. He becomes emotional seeing her hooked up to the monitors and needs her to come back. She’s a fighter and will walk out of there. Bill loves her and always will. He tells Katie, “You’re going to pull through.”