Tuesday September 17, 2019: On Bold and the Beautiful today, Katie pays Flo a visit, Shauna shares news with Flo, and Ridge tries to explain his absence. 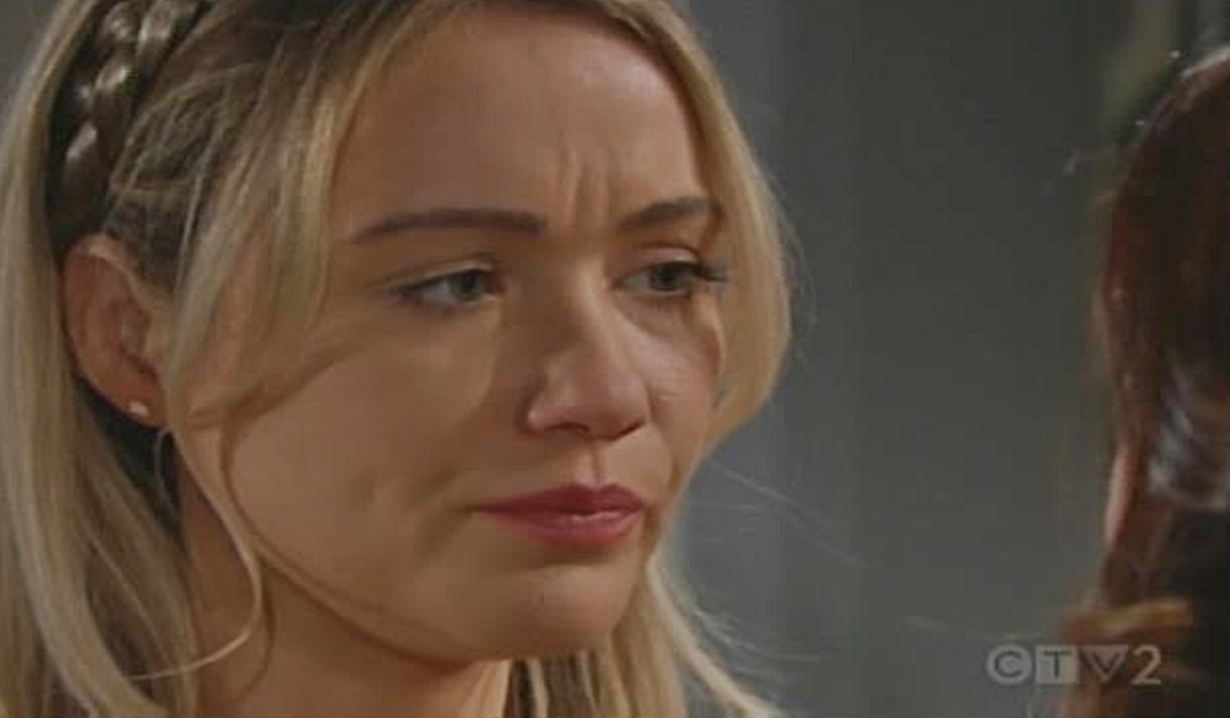 In the room over Bikini Bar, Ridge thanks Shauna for all she’s done – he can’t believe he got that drunk. Shauna promises that Brooke will never hear about this from her. Ridge says, “I owe you.” Shauna owes him and will always be there for him, whatever he needs.

At home, Brooke paces while Eric watches. She wonders why Ridge didn’t come home. Suddenly, Ridge calls to say he’s fine and will explain everything once he gets home.

More: Mario Lopez signs on for Saved By the Bell reboot

In the room over Bikini, Ridge thanks Shauna again and leaves. Shauna hangs back to look at the rumpled bed and smiles. Danny watches her leave. 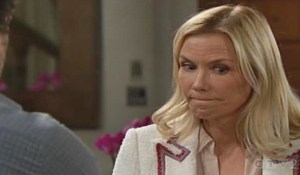 Ridge arrives home and apologizes to Brooke – his phone died, and he couldn’t come home because he got drunk at Bikini Bar. Brooke learns he was with Danny and Carter and later passed out. She asks where he slept. He says they put him in the room over the bar – he was in good hands. Brooke offers aspirin and Ridge says ‘she’ already gave him some…a waitress. Brooke doesn’t want to fight about Thomas anymore. Ridge assures her they won’t let anyone come between them, then begins, “There’s something you need to know…”

Flo answers her door to Katie, who flings her purse on the sofa and relays she would like to never see her again, but her plea deal got in the way of that. Katie says she only cares about herself and is a liar – she’s the exact opposite of her father. She places Flo’s hand on her heart and hopes she feels Storm’s disgust, anger and shame. Flo knows she disappointed everyone. Katie retorts she didn’t forget a birthday; she stole her cousin’s baby and watched her grieve for months, it’s monstrous and she wanted to watch her rot in jail for it! 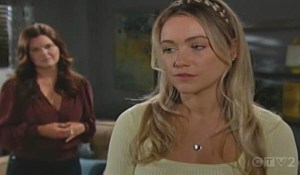 Flo hopes she’ll somehow be able to earn her respect back. She thinks Ridge’s blessing is a start. Katie is stunned to learn Ridge could have fought her release and didn’t. She informs Flo she shouldn’t expect forgiveness ever. Flo understands, but would her father? Katie talks about the sacrifices Storm made for his sisters – he would have been horrified by what she’s done. Flo has no words for how awful she feels about the damage she’s caused. Katie tells Flo she and her mother need to leave Los Angeles and never come back. “Do us all a favor, Flo. Go away.” Shauna enters and complains how hard it’s been for Flo. She thought the Logans were understanding – what a load of crap. The only person who’s shown any understanding is Ridge. Katie has huge issues with his decisions on this and reiterates they should leave the family alone. After Katie leaves, Flo asks Shauna where she spent last night. Shauna tells her she was with Ridge Forrester…and it was wonderful.

Flo is mortified by Shauna’s admission. 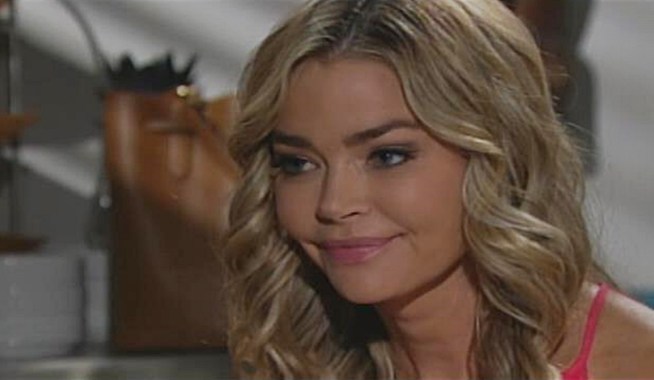 Shauna Moons Over Kissing Ridge and Flo Warns Her to Stop 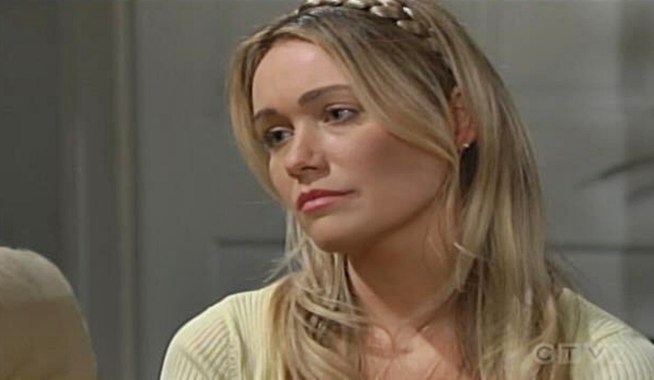