Ridge Walks Out on Brooke, Runs Into Shauna While Drunk at Bikini Bar

Thursday September 12, 2019: On Bold and the Beautiful today, Brooke and Ridge have a huge argument, Wyatt's not interested in Flo's explanations, and Brooke throws Shauna out of her house. 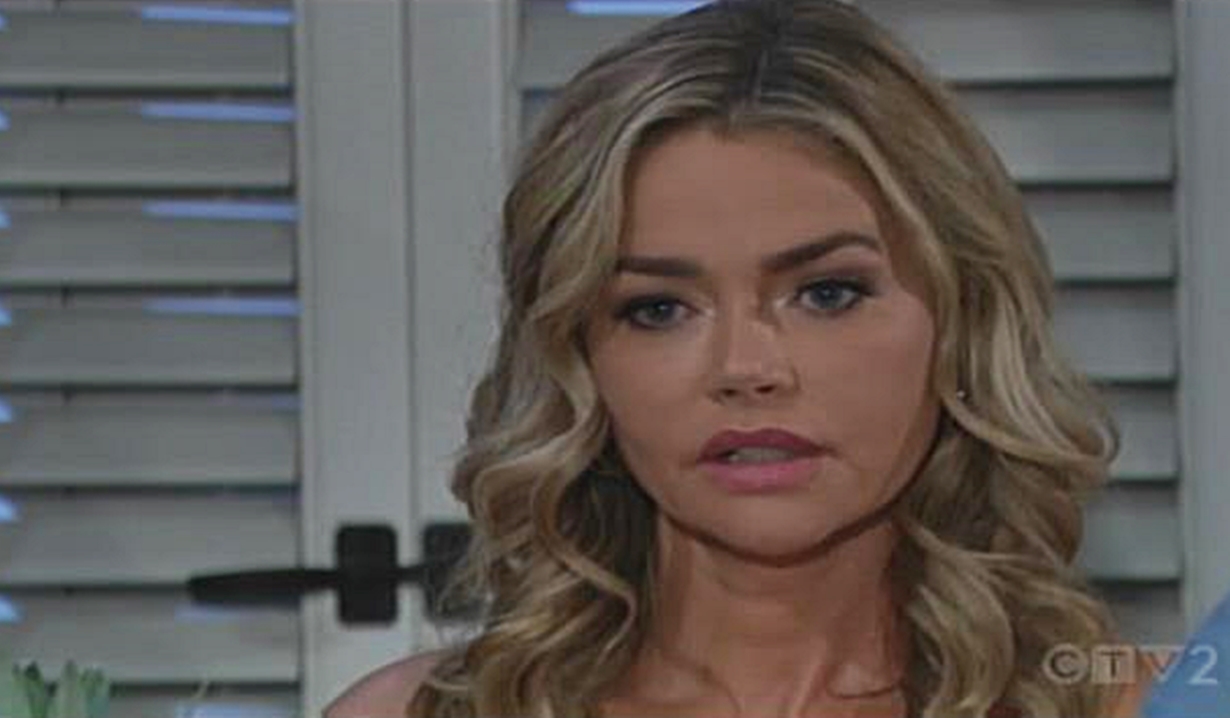 At Brooke’s house, Ridge informs her they’re not going to exile his son. Brooke reiterates that only Douglas can stay; it’s not safe for him to be near Thomas right now, in fact, she’s considering a restraining order. Ridge retorts that Hope is not Douglas’ mother. Brooke argues she can give him security – any judge would agree. Ridge scoffs about her mentioning judges and barks, “What are you doing?!” Brooke reiterates her concerns. Ridge insists Douglas is safe with Thomas, besides they’d be there with them. Brooke doesn’t want Thomas there or at Forrester Creations! Ridge hollers he won’t abandon his son – he must help him. Brooke cannot be a part of that – she wants him to get help but not there. She screams about Thomas going out of control. Ridge yells that she pushed him, then leaves before saying something he’ll regret. 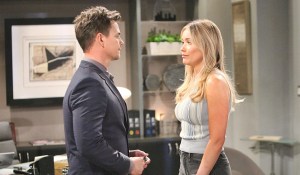 At Spencer Publications, Wyatt and Flo discuss her immunity deal. She vows not to waste her second chance – that’s why she’s there to explain. Wyatt’s not interested – there’s no way to justify what she did, and she can save her apologies for Liam and Hope. He marvels that every single minute they spent together she was lying. Wyatt rehashes what she did to Hope and Liam and asks, “How do you even fix something like that?” He reminds Flo she knew how much honesty meant to him. Flo wishes she’d opened up to him, but also knew the truth would ruin them as it did. Flo asks, “Please don’t hate me, Wyatt.”

At Bikini Bar, Ridge downs shots and ignores a call from Brooke.

At the house, Brooke tearfully leaves Ridge a voicemail to come home. 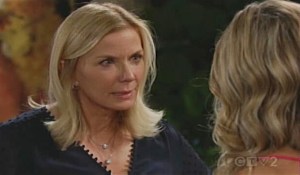 Shauna arrives and Brooke says, “No.’ Shauna wants to be heard and reminds Brooke that Flo’s her family. She asks Brooke to give Flo another chance and have mercy on her. Brooke is sick to her stomach that Flo got released from jail – she made a deal to save herself. Shauna says she lost everything. Brooke shouts, “Oh my God am I supposed to feel sorry for her?” Flo will never have her forgiveness. Shauna keeps pushing and Brooke calls Flo a tramp from Vegas who nearly ruined her daughter’s life. She hollers, “Go home, pack your bags! Get out!” and pushes her out the door. Brooke texts Ridge. 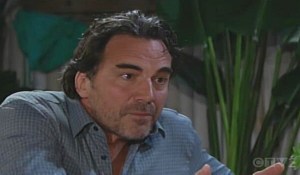 Carter arrives at Bikini Bar and Danny remarks on how much Ridge has been drinking. Ridge tells Carter he left the house because Brooke wouldn’t listen to reason. Ridge slurs about Brooke trying to break up the family even though his son’s done terrible things. He alludes to Thomas not falling off the cliff – he can forgive that. Carter wants to take him home, but he hollers to leave him alone. Danny assures Carter he won’t let him drive. Shauna arrives, spots Ridge and joins him. His wife might not appreciate what he’s done, but she does.

Sally and Flo have a confrontation. 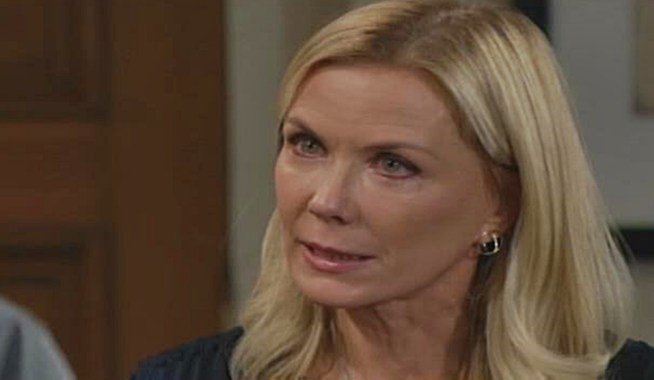 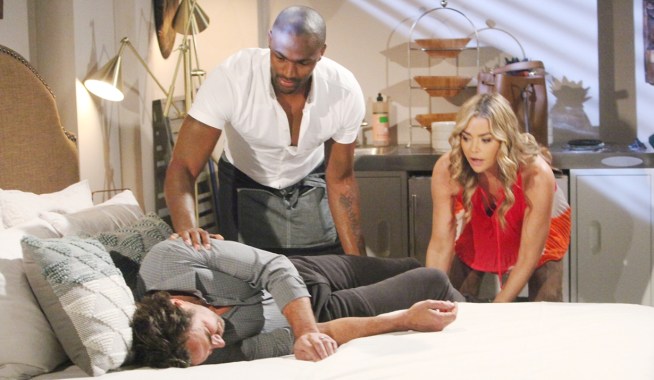