Thursday August 29, 2019: On Bold and the Beautiful today, Detective Sanchez questions Flo, Liam rails at an unconscious Thomas, and Quinn turns Shauna down. 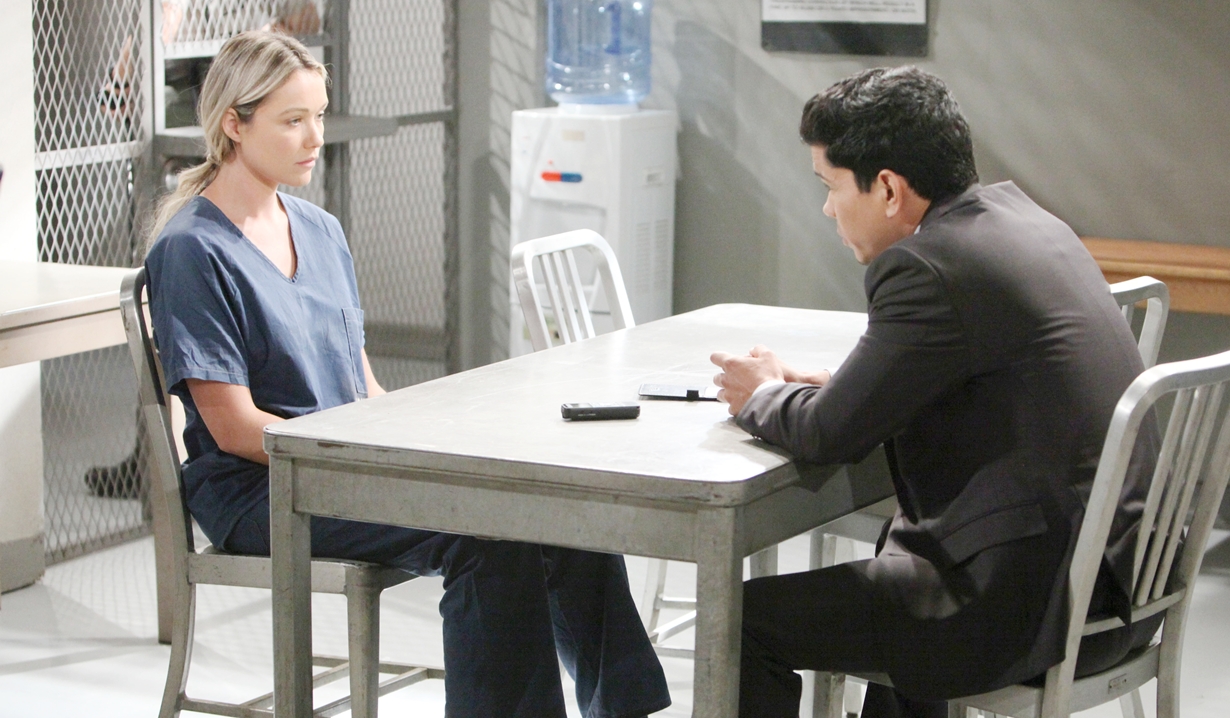 At the hospital, Brooke tells Hope she’s certain Thomas will clear things up when he awakens. Hope’s not so sure. Liam joins them and asserts that Hope was in trouble – Thomas was not safe to be around. Later, when Ridge appears, he’s irked to learn Liam’s with Thomas. In the room, Liam tells the unresponsive Thomas his death would be a tragedy for a number of people, but not him. Ridge enters and hears Liam rail at Thomas for using an innocent child to try and get a woman into his bed. Ridge is sorry for what Thomas put him through. He warns he’ll only let his son fall so far though, which is something Liam couldn’t possibly understand – he’s never stood by anyone long enough.

At Forrester Creations, Shauna tells Quinn she has no one else to turn to, and she’s the only Forrester that knows the real Flo. Quinn asks, “Do I?” She questions her stealing someone else’s baby to sell it. Shauna argues that Flo was a victim, just like Eric’s granddaughter. Quinn needs to know what Shauna and Flo knew, and when. 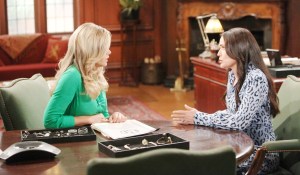 Shauna fills her in, and apologizes for urging Flo to keep quiet, but she thought it best for her daughter – wouldn’t Quinn have done the same thing? Quinn counters that being part of a plot to steal someone’s child is not a mistake her son would make. She can’t defend them to Eric and is hurt and angry at Shauna’s deception. What they did was an attack on her family, day in and day out. How could she have lived in their home knowing what she knew? Where was their friendship then? Quinn’s sorry, but Flo can’t expect her help, and neither can Shauna.

Detective Sanchez joins Flo at the prison. She invites him to question her about whatever he wants, and tells him about the birth certificate and forged documents Reese showed her. Sanchez muses that there’s an underground network for those type of forgeries – she could help them if she’s willing. Flo has nothing to lose. Sanchez asks her about not coming forward. Flo explains she had a lot to lose then, though she lost it anyway. He wonders if she was advised not to come forward. Flo won’t implicate anyone, with one exception – Thomas Forrester didn’t want the truth to come out and made threats to her.

At the hospital, Ridge agrees to let Brooke sit with Thomas. 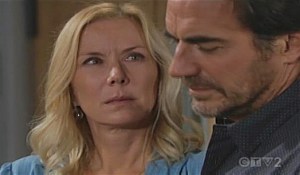 Brooke enters the room and says, “Your father may never be able to forgive me. I wonder if I’ll ever be able to forgive you.” Outside, Hope debates with Ridge about Brooke’s guilt. Hope insists Brooke would never deliberately harm his son. Inside, Brooke cries that she didn’t want Thomas to wind up in a hospital bed; he wouldn’t have if he’d told them the truth about Beth. She spots Detective Sanchez watching and exits. Sanchez grills them about the circumstances surrounding Thomas’ fall and asks Ridge if someone could be angry enough at this son to help him off the cliff.

Ridge and Brooke are questioned. 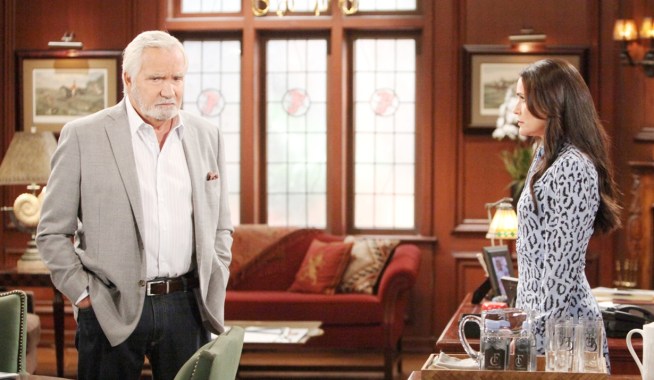 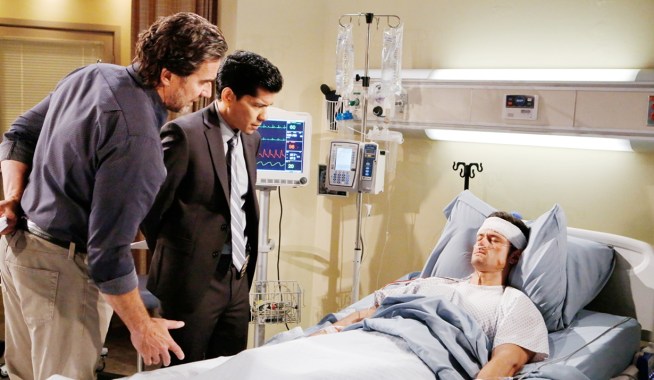