Wednesday August 28, 2019: On Bold and the Beautiful today, Hope worries about Brooke and Ridge's marriage, Eric gripes to Quinn about her friends, and Shauna visits Flo. 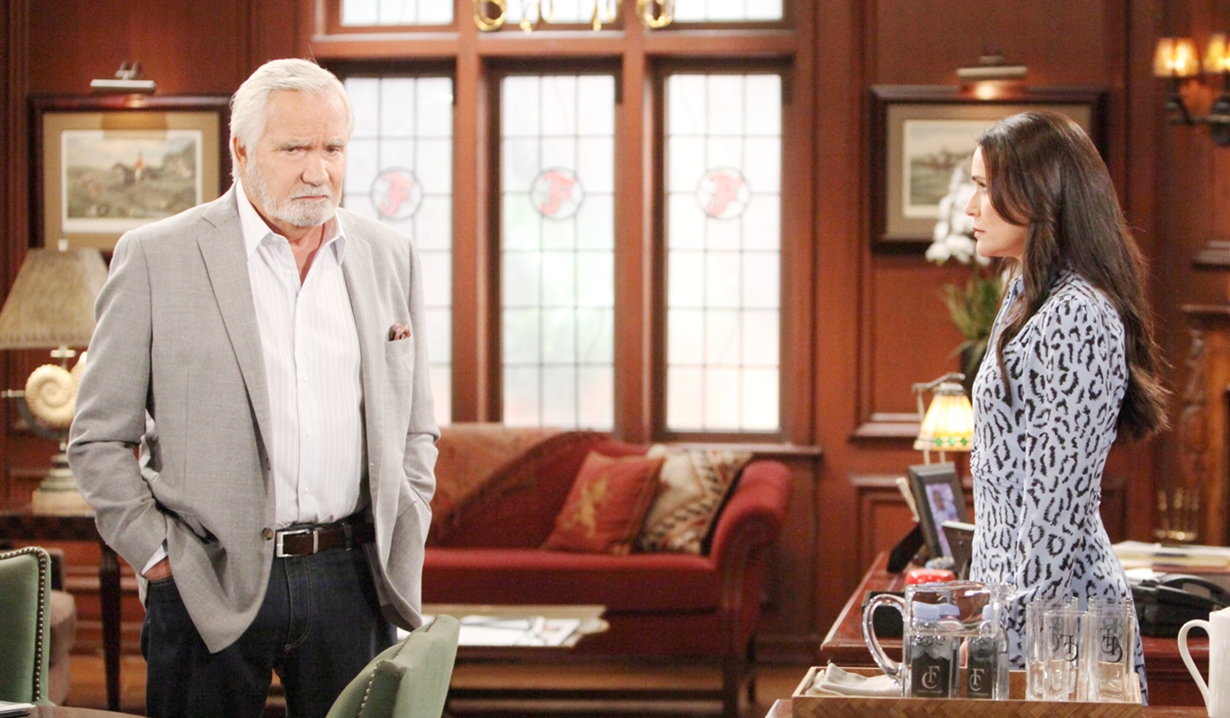 At the hospital, Hope reiterates Thomas wasn’t threatening her. She recalls it was like he suddenly woke up and realized what he’d been doing. Ridge recaps that his son was trying to make amends and Brooke pushed him off a cliff. Dr. Armstrong wheels Thomas, still unconscious, past for tests. Ridge asks Brooke, “Why did this have to happen?” After, Hope reassures Brooke that Thomas will be alright – he will fight to be there for Douglas. 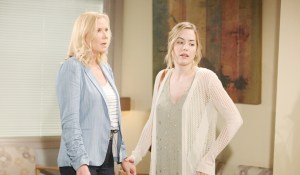 Liam snarks, “It would be about time.” Ridge strides over but is stopped by Armstrong, who reports Thomas has significant swelling, may need surgery, and asks about the fall. Ridge joins Thomas and urges him to wake up – he knows he was trying to make a family for his son, but he can’t lie like that. He assures him he’s on the long road back with him. Outside, Brooke is stunned Hope wasn’t in danger and cries about Douglas. Hope is concerned about her and Ridge. Brooke doesn’t know how he’ll react if Thomas doesn’t recover. She enters Thomas’ room and a tear rolls down her cheek.

At Forrester Creations, Eric frets about Thomas and tells Quinn this family can’t handle another loss. Quinn reassures him. Eric rants about Thomas keeping the baby secret from Hope – all this pain goes back to Quinn’s friend Shauna and her daughter, Flo. Quinn can’t believe Flo would knowingly steal a baby; 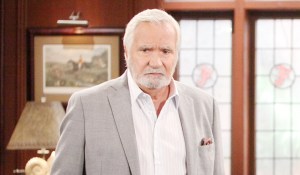 there has to be more to the story. Eric angrily asks if she’s defending her. Quinn just needs to talk to them. Eric feels it was a big mistake inviting them to live at their house. Quinn’s appalled by all of it, but she can’t square it. She points out Eric knows Thomas had done bad things but is still a good person, she feels the same way about Flo. Eric knows she’s like family to Quinn – but look what she’s done to their family! Quinn is devastated for what Steffy, Liam and Hope went through, and she knows Eric’s worried for Thomas. Eric feels his grandson’s condition must be very grave as he hasn’t awoken.

Flo is glad to see her mother at the jail. 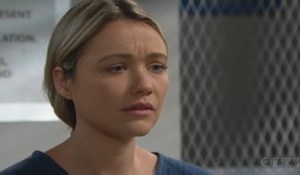 Shauna promises she’ll find a way to get her out of there; she’s trying to scrape together bail money. Flo insists jail is where she belongs – she betrayed her family and was part of something illegal and horribly wrong. Shauna assures her she’s not doomed, but Flo laments if they can’t even afford bail, how will they pay for some high-powered attorney? Shauna knows someone who can. Flo argues Quinn won’t help her. As Flo’s taken away, Shauna hollers that she’ll talk to Quinn.

Shauna finds Quinn at Forrester Creations. Quinn worries, “If anyone knew you were here…” But asks about Flo. Shauna tells her how hopeless she feels and understands if Quinn feels betrayed, but Flo is still the same sweet girl. Quinn asks if Flo helping to swap the babies is true. Shauna replies Flo doesn’t belong in jail and pleads with Quinn to help get her out. 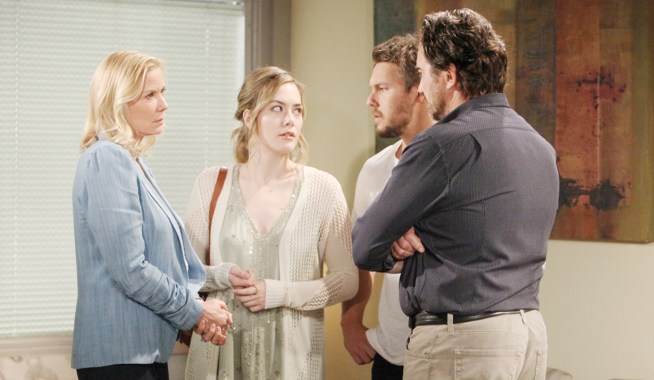 Hope Admits Thomas Wasn't Threatening Her When Brooke Pushed Him 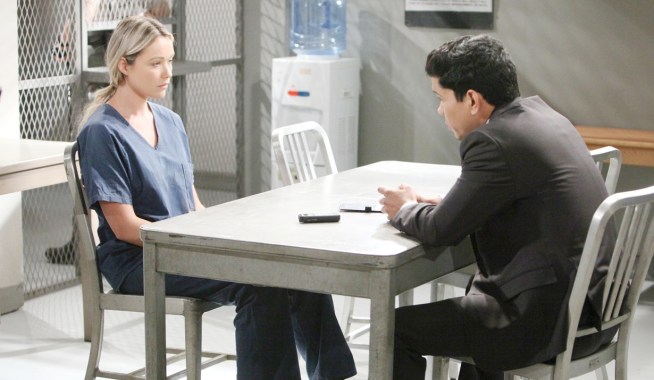