Friday August 16, 2019: On Bold and the Beautiful today, Shauna and Flo sneak into Hope's cabin, the Logan sisters confront Shauna about her deception, and Flo pleads for Hope to hear her out. 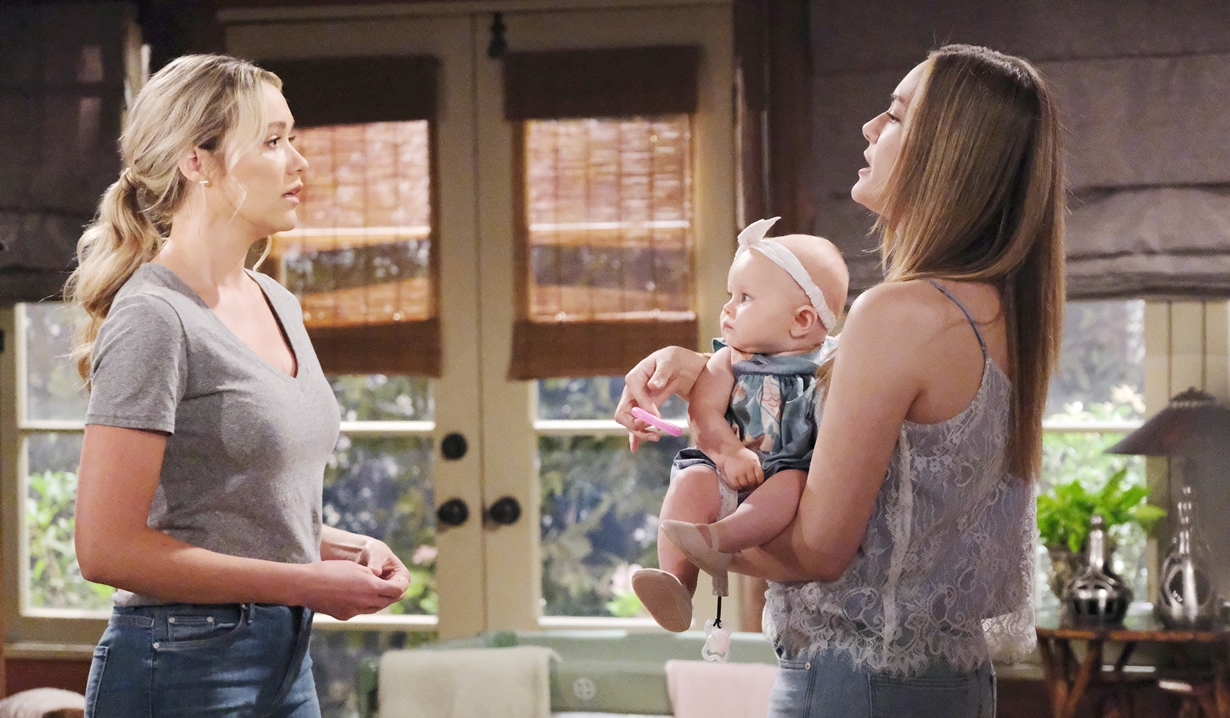 At Brooke’s place, the Logan women continue to fawn over Beth. Hope recalls the last time they welcomed a Logan into the family – she still can’t believe what Flo did to her and to her daughter. Hope decides it’s time to take the baby back to the cabin. After they leave, Donna tears up over the mother and daughter being reunited. Brooke declares no one will ruin the joy Hope’s feeling now.

Shauna and Flo enter Hope’s cabin. Flo thinks it’s crazy, and wouldn’t blame the Logans if they erased her from their lives forever. 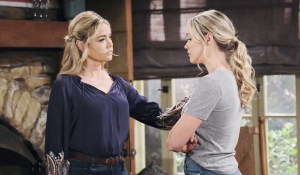 Shauna encourages Flo to let Hope know what she’s been through. They hear Hope, so Shauna goes out the back and Flo hides. She emerges as Hope talks to Beth about their happily ever after and Hope is stunned. She wants Flo to leave. Flo talks about how happy it makes her to see Beth in her arms. She’s so sorry for the part she played in this. Hope goes to put Beth down, and Flo flashes to meeting Hope at Bikini Bar. Hope returns and fumes, “You stole my little girl from me.” She asks Flo, “How could you do something so heartless?” Hope rehashes how she and Flo connected instantly and became even closer when Flo was revealed as a Logan. She remembers Flo encouraging her to try for another child and screams, “I wanted my Beth! I wanted my child! And you said nothing!” Flo pleads to be heard – she didn’t know what Reese really had going on. After she learned the truth, she wanted to tell Hope so many times. Then she became a Logan but all she could think about was the secret. She deserves to go to prison and hates herself, but she really does love Hope. Flo asks if there’s any way Hope could find it in her heart to forgive her.

In Brooke’s living room, the Logans decide to put off a party as they still have Steffy to think about. They’re discussing Flo when Shauna enters and says her daughter never meant to hurt anyone. 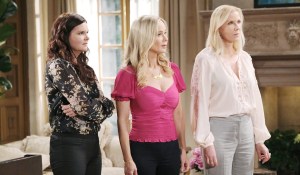 Brooke accuses they’d have kept their sick secret if not for Liam and Douglas. She seethes that it would have taken three little words – Beth is alive – but they were too concerned about getting in trouble. Brooke demands to know where Flo is. Shauna admits she’s at the cabin. The Logan women are outraged. Shauna says Flo is good and just got caught up in something. Katie explodes, “No one was holding a gun to her head!” The secret’s been exposed, and so have Shauna and her daughter. Shauna thinks it will be cathartic for Hope to look her cousin in the eye, but Donna feels Flo doesn’t deserve to be part of the family. They tell Shauna she has no credibility. Shauna blames Reese, for pressuring Flo to keep quiet. Brooke feels it doesn’t matter – there’s no way Hope will forgive her. 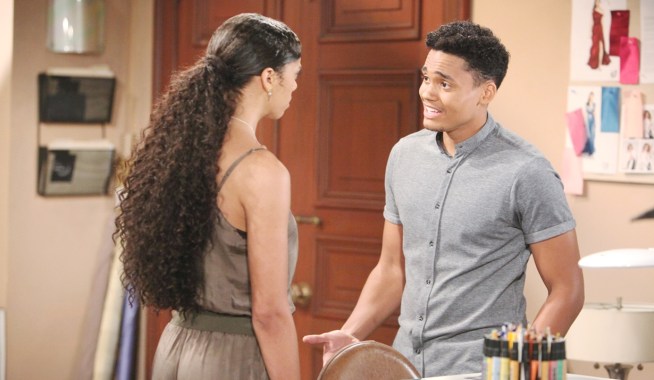 Ridge Fires Zoe and Xander As Reese Buckingham Is Arrested

Flo Is Arrested for Kidnapping and Fraud After Hope Slaps Her 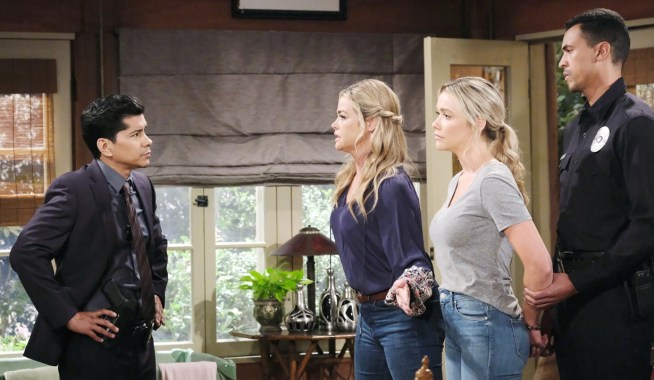