Ridge Fires Zoe and Xander As Reese Buckingham Is Arrested

Thursday August 15, 2019: On Bold and the Beautiful today, the baby inspector arrives at the cabin, Xander tells his side of the story, and Bill and Liam share a close moment. 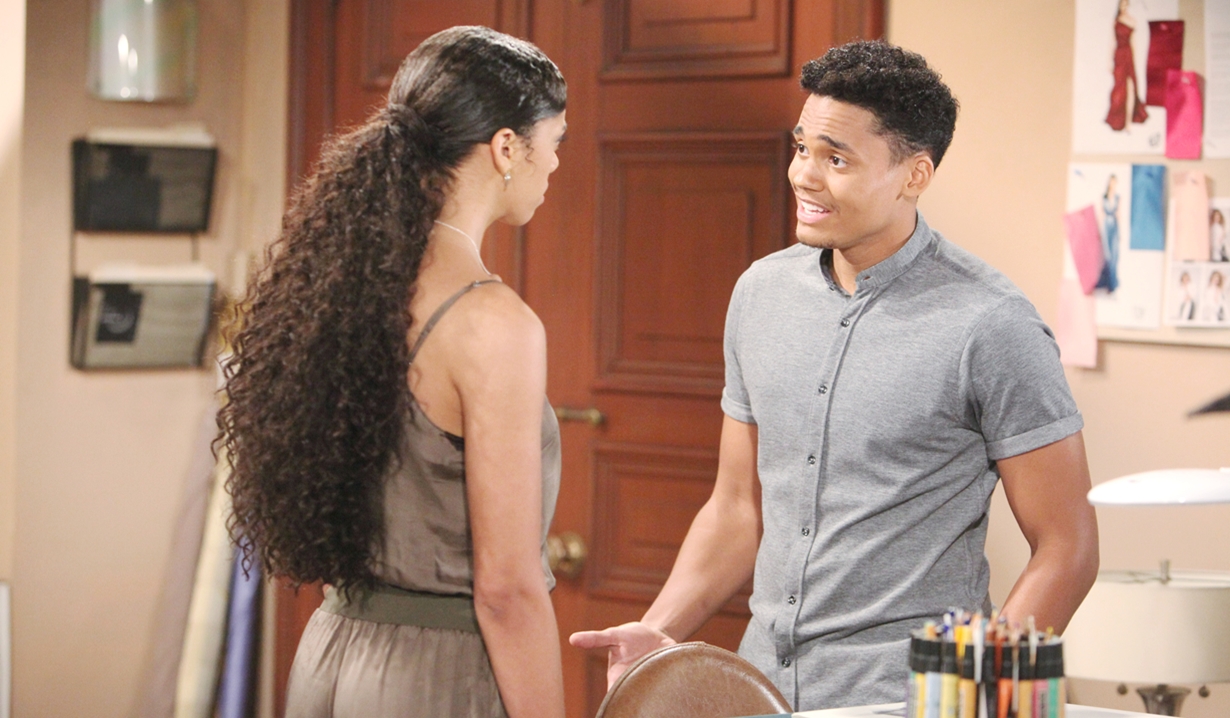 In the cabin, Hope grills Liam on Beth’s ‘firsts’ as a knock comes at the door – it’s Will, calling himself the baby inspector, along with Katie and Bill, who’s carrying a gigantic pink teddy bear. While Liam struggles to find a spot for the huge gift, Will theorizes about the psychology of his father’s obsession with size. Talk turns to time missed with Beth, and Bill wants an update on Buckingham. Liam says Ridge is coordinating with the London authorities. Bill muses Buckingham better hope they find him before his people do. He touches on his past regrets before wanting to spoil his granddaughter. 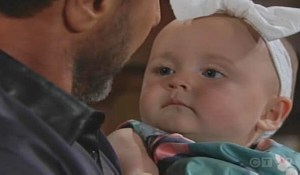 Liam warns, “No Ferraris.” In a moment alone, Bill admits to Liam that Beth’s ‘death’ hit him hard, he even made a request that the man upstairs watch over him, Hope and Beth. Liam says it’s nice having him there – he needs his dad. Bill needs something too – to hold his granddaughter. He tells Beth Spencer that life will be so good for her; Daddy’s going to see to it.

At Forrester Creations, Brooke updates Ridge that Wyatt doesn’t know where Flo is and asks him if they should call the police. Ridge says not yet and wonders where Zoe is, noting she’s not late yet. Brooke thinks Ridge doesn’t want to call the police because Thomas is also guilty. She asks if he’s heard from him. Ridge is the last person Thomas wants to see when he’s ashamed. In the design office, Xander joins Zoe. Maya filled him in on what happened. Zoe’s never needed him more. He says it’s sad she didn’t think so before, then asks about Thomas. Zoe relays no one knows where he is. Xander confronts her about never coming clean and then tells her they’ll face Ridge together. 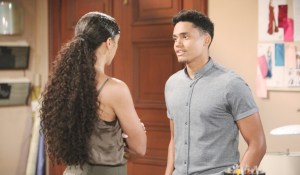 They join Brooke and Ridge. Xander explains he came back to make sure the whole truth was told. They’re amazed he didn’t tell the truth at the annulment. Xander relays that Thomas kept him from going back into the house, learned the truth from Flo, then threatened them all. He also ran Emma off the road when she was on her way to tell Hope. Ridge says those are serious allegations and points out a five-year-old boy had the courage to tell the truth. They go over the story of how Zoe found Flo in Reese’s apartment and learned what had transpired. When Ridge demands to know why she didn’t turn her father in, she blurts, “He cared about me, finally!” Zoe claims Flo was taken in by her father too; she wanted to tell the truth so many times. Ridge has to figure out what to do with them. He gets a call that Buckingham’s in custody, then tells Zoe and Xander that they won’t go to jail for lying, but should never step foot in this building again – they’re terminated. Zoe cries that she’s glad Beth’s back with her mother, but Brooke’s unmoved; she tried to prevent it.

Shauna and Flo show up at the cabin.

Travel back to August 15, 2011 on The Bold and the Beautiful when Liam saved Steffy from drowning in the bathtub and then urged her not to wait around for Bill who was still with Katie.

Thomas Warns Vinny Nothing Will Stop...

Hope Lashes Out at Flo for Her...