Thomas Warns Vinny Nothing Will Stop Him From Getting Hope Back

Wednesday August 14, 2019: On Bold and the Beautiful today, Quinn has a hard time with Flo's secret-keeping, the Logan sisters and Eric welcome Beth, and Thomas rants angrily as he plans his next move. 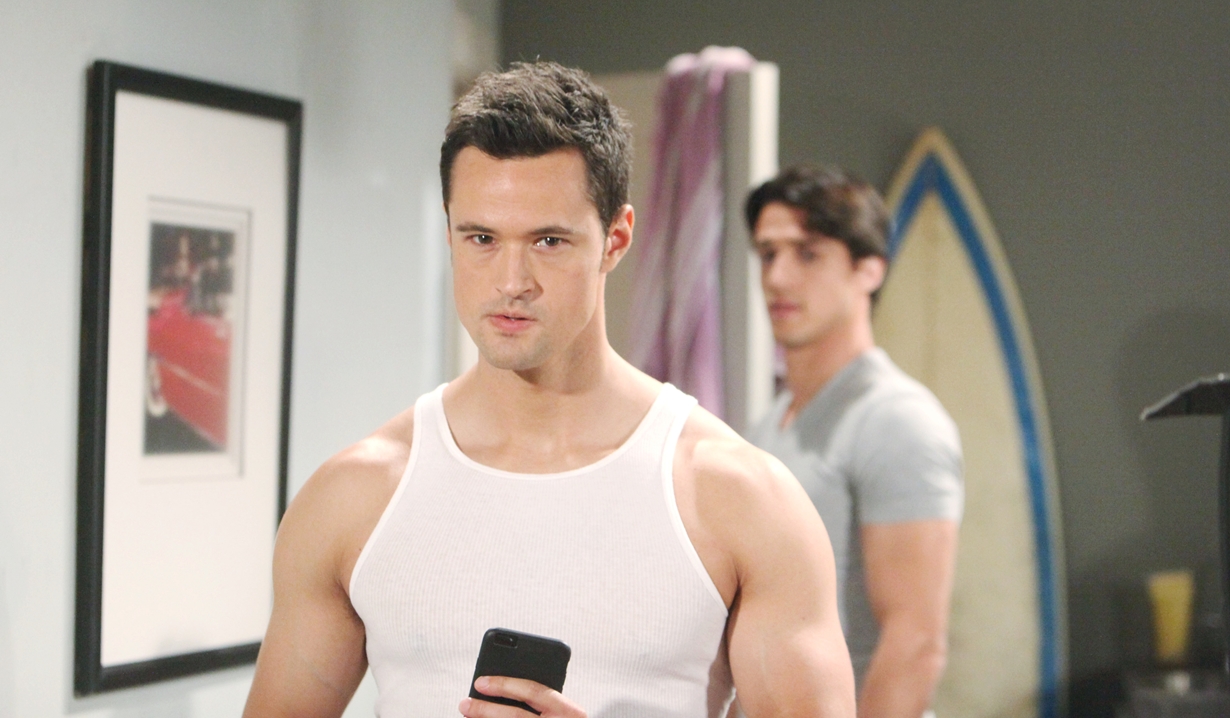 In the cabin, Hope tells Liam she watched Beth sleep and she’s the missing piece of the puzzle making their family whole again. They kiss and get the baby ready to visit.

In Brooke’s house, Katie marvels at Hope and Liam having their baby back. Brooke says they’ll be up soon so they can welcome her to the family. Katie can’t wait to hold her, and Donna notes it feels so much lighter around here. Eric and Quinn arrive. Quinn says Ridge filled them in; they’re completely shocked. 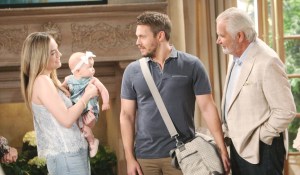 Eric feels badly for Steffy and has let her know they’re there for her. Brooke states Steffy did the right thing – Beth is right where she belongs. Talk turns to Flo, and Quinn tries to defend her as a good person. Ridge is outraged. Quinn has to talk to Flo and Shauna and leaves. Eric explains Quinn is having a hard time with it. Katie says Flo lied to all of them. Brooke adds, “She betrayed everybody.” Eric can’t imagine how hard this was for Steffy and says none of it would have happened if not for Buckingham – he needs to go to prison. Brooke believes Flo should go to jail too. 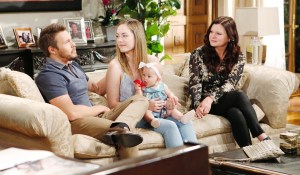 Hope, Liam, and Beth arrive, and greetings are exchanged and Katie and Donna fuss over the baby. They rehash what happened; Hope can’t believe how many kept the secret. Eric is sorry Thomas chose not to end her suffering. They’re all thankful Liam figured it out. Douglas appears and worries about his daddy being mad at him. Ridge reassures him and Hope says she loves him so much. Eric and Ridge speak about loving the child as Phoebe and loving her just as much as Beth. The Logan women tear up as each of them talk about Beth. Liam’s encouraged his daughter will continue to be surrounded by strong, dynamic women.

At Vinny’s, (played by Joe LoCicero), apartment, he asks how Thomas slept and offers him food. Thomas stares at his phone and angrily rants that he shouldn’t even be there – he should be with his wife. Vinny suggests they go out and get some air, but Thomas isn’t interested. Thomas’ phone rings as Ridge tries to reach him again. He fumes; he doesn’t want to talk to his dad. 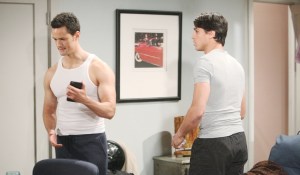 Vinny asks him to calm down. Thomas hollers, “This whole thing is messed up!” He raves that he was the only one who really ever loved Hope – he gave her his child; he gave her a family! Thomas keeps saying, “Hope is mine.” Vinny irks him by asking if Hope and Liam might get back together. Thomas rambles that no one cares about Kelly, all they talk about is Beth – he’s sick of it! Vinny asks him to be quieter. Thomas just needs to see Hope and explain things – she’ll understand. He just needs to see her…and hold her and touch her. “She’s going to be with me.” Vinny urges him to stand his ground. Thomas vows nothing will stop him from getting what he wants.

Hope Gives Thanks to Douglas for...