Monday August 12, 2019: On Bold and the Beautiful today, Brooke and Ridge debate, Liam's heart breaks, and Sally toys with Wyatt. 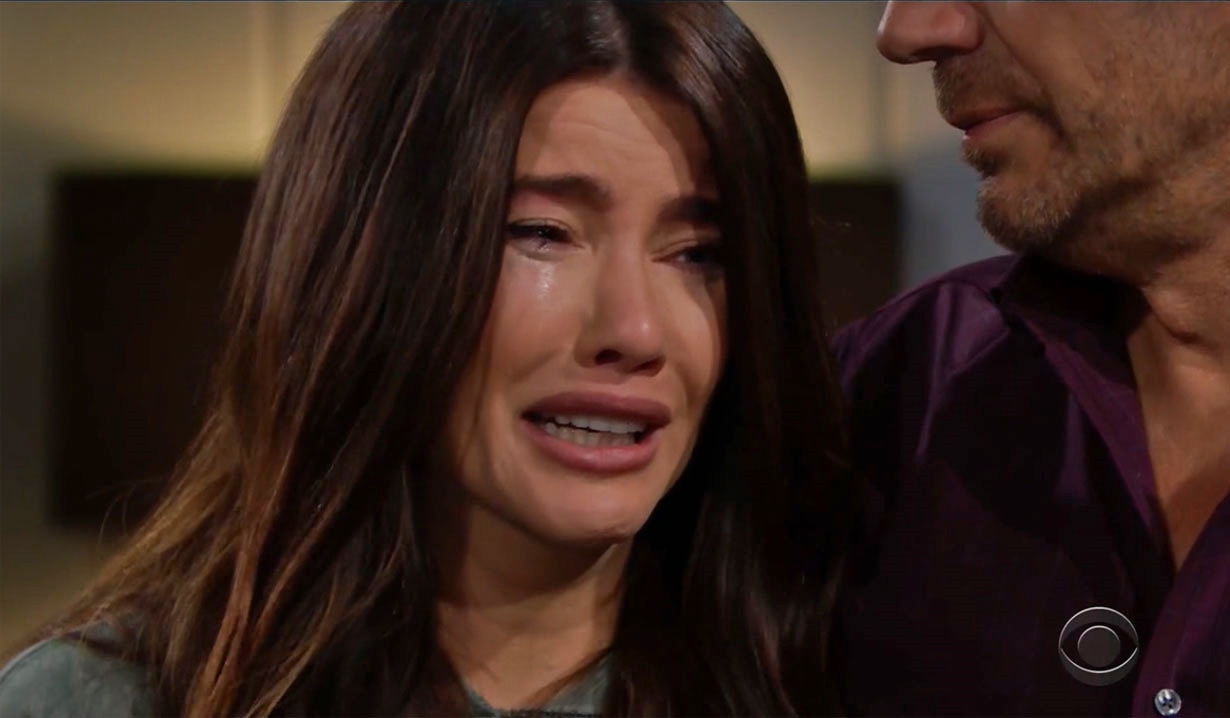 At the cliff house, Liam reminds Hope this is a lot to process…for her and Steffy. Steffy sobs; this is all happening too fast! Ridge suggests they take some time to consider what’s best, but Brooke interjects that Hope shouldn’t lose another minute with her daughter. Hope will make the transition as easy as possible but her daughter’s going home with her…tonight. Ridge and Brooke argue their stances. Hope is nothing but grateful to Steffy and so sorry for what his is doing to her. Steffy cries that it’s not just her – the baby will be confused. Hope knows Beth loves Steffy, and promises she will still be a part of her life, as will Kelly, but it’s time for Beth to go home. Tensions ease as they all try to get their minds around what happened. Brooke mentions Thomas and Ridge asks, “Can we not do this right now?” 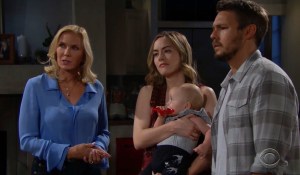 Liam tells Steffy his heart is breaking for her right now, but adds Hope has been robbed of loving her daughter; how they move forward will be a defining moment for them and their daughters. Hope needs to start living her life again, with her daughter. Steffy sobs; she wasn’t prepared for this and wants to fight it, but she loves the girls too much. Liam breaks down. Steffy says to Hope, “That’s Beth. She’s your baby. She needs to be with her mom.” Ridge and Liam want five minutes with Reese and Ridge promises he’ll be arrested. Hope assures Steffy they’ll be one big extended family; the girls are sisters. Steffy holds Beth. Liam cries again as Steffy tells her, “Mommy needs to let you go.” Hope sheds tears as she takes the baby and she, Liam and Brooke leave. Steffy collapses to the floor with grief as the door shuts and Ridge holds her.

At Forrester Creations, Wyatt updates Sally that what happened between him and Flo wasn’t so much an argument as a revelation; an unwelcome one that involved Hope and Liam. He marvels that it’s a long story and he doesn’t even know where to start. Wyatt begins with Liam finding out Thomas and Flo had a secret, which was followed by Douglas saying Beth was alive and was Phoebe. He reveals Douglas was telling the truth. Sally can’t believe Thomas knew – what a bastard! Wyatt worries about Steffy, who has bonded with the baby – is she just supposed to give her up? Sally is glad Wyatt wasn’t so blinded by his past with Flo as to make excuses for her. 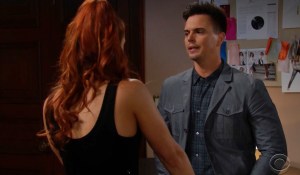 Wyatt didn’t know she was capable of such deception. Sally points out no one’s perfect. Wyatt explains that’s why he came to apologize to her. He’s sorry how quickly he ended things and for how fast he moved on with Flo – Sally’s mistake doesn’t even register on the same scale. Sally scoffs that he seems to think she’ll be grateful to take him back. Wyatt just wanted to talk; he has no expectations. He wanted her to know he cares about her. Sally knows better; she may even know him better than he knows himself. She smirks and questions his assertion that he didn’t come expecting her to take him back, before theorizing that if she did take him back he’d really have to work it – it would be like boot camp. Wyatt chuckles and they embrace.

Hope Warns Steffy Not to Stop Her...

Hope Gives Thanks to Douglas for...