Hope Warns Steffy Not to Stop Her From Taking Beth Home

Friday August 9, 2019: On Bold and the Beautiful today, Ridge warns Flo and Zoe they'll pay, Sally gets a confusing visit from Wyatt, and Steffy struggles to get her mind around what's happening. 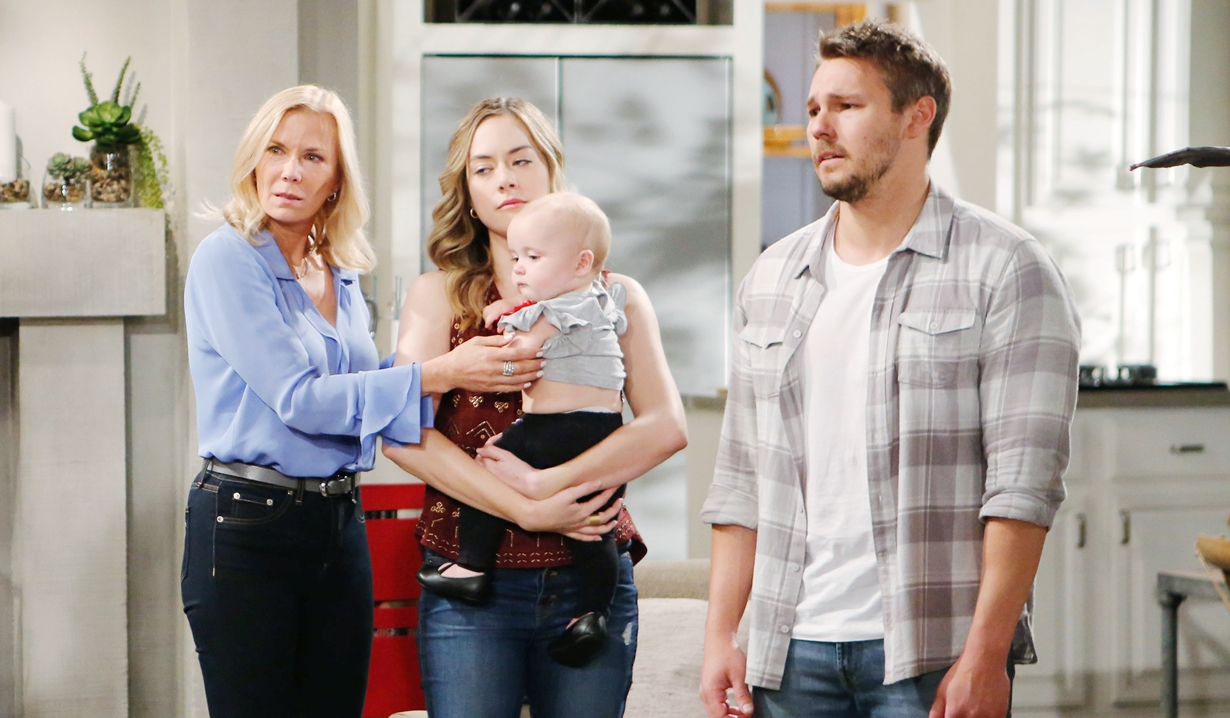 At Forrester Creations, Brooke confronts Ridge about Thomas knowing the truth and not telling Hope. Ridge, unconvinced, wants to deal with that later as Steffy has a lot of pain coming her way that she doesn’t deserve. He hollers at Flo and Zoe for messing with people’s lives, before telling Brooke he’s trying to be happy for her and Hope, but asks, “What about Steffy? It’s not fair.” He vows to make Zoe and Flo pay and takes their keys as he and Brooke leave. In the design office, Eric admires Sally’s latest design and notes she’s been throwing herself into her work lately. Sally admits it’s been a good distraction from her break-up. Eric can see she misses Wyatt and is sorry it didn’t work out between them. 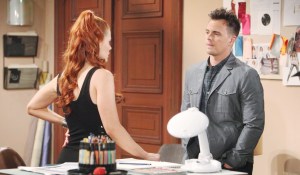 Eric says she has her aunt’s flair and feels sure she’ll find another man who deserves her. Sally wishes it could have been Wyatt. Later, Wyatt joins Sally and tells her, “Something happened.” Sally deduces it has to do with Flo. Before Wyatt gets into that, he wants to apologize. He realizes Sally’s mistake wasn’t so bad and says, “I was wrong. I regret the way things ended with us, and I’m sorry.” Sally’s confused. Wyatt wants her to know, in all the madness going on, nothing was more important than seeing her.

At the cliff house, Steffy stammers that the baby can’t be Beth…she’s Phoebe. Hope reiterates that Steffy has been raising her daughter. Liam assures Steffy they can do whatever genetic tests need to be done, but the parties involved have admitted what happened. Steffy marvels at the doctor selling the baby for a gambling debt. Liam recaps that he knew Taylor was willing to hand over money for an adoption. 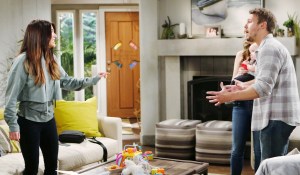 As Steffy digests being lied to, Liam remarks that Beth was there the whole time; safe, loved and cared for. Hope is relieved to have her back and is never letting her go again. Liam and Hope talk about the immediate connection they felt to the child. Hope can’t wait to take her home. Steffy tearfully blurts, “You’re not taking my daughter from the only home she’s ever known.” She begins to quake and cry as she says, “I’m her mommy.” Hope says it’s wrong she was away from her mother for months. Steffy sobs they have to think about Phoebe. Hope replies, “Her name is Beth.” She assures Steffy she won’t leave her out – she can help with the transition. Steffy breaks down – she only knows she loves her. Hope has to know what she’s asking of her. Hope isn’t asking. Steffy appeals to Liam to say something for once. Liam states that he and Hope are her parents, 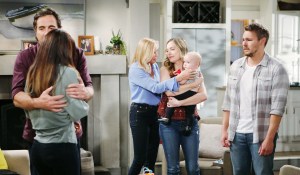 but he doesn’t want to do this to Steffy. They can find a solution. Brooke and Ridge arrive. Steffy isn’t okay and tells Hope, “There’s no way you’re taking my daughter home.” Brooke reminds her there was nothing legal about the adoption. Steffy says Phoebe doesn’t know that – all she knows is her and this house. “You can’t rip her away from the only family she knows.” Hope wants to take her home – where she should have been since the day she was born. She’s grateful, but is taking her daughter, and warns, “Don’t you dare try to stop me.”

Go back to this time in 2010 on The Bold and the Beautiful when Hope walked out on Oliver upon learning he had sex with her mother, while a pregnant Bridget made a family with Jackie and Owen. 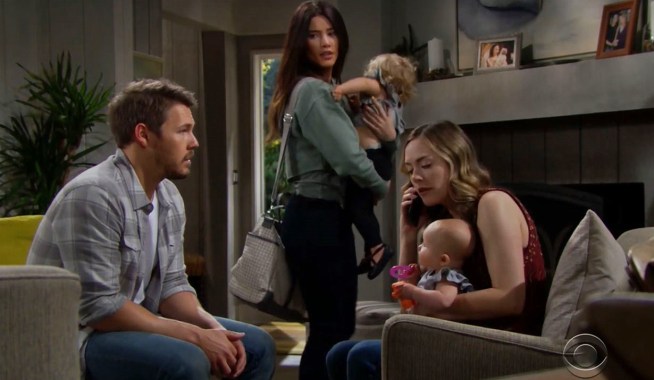 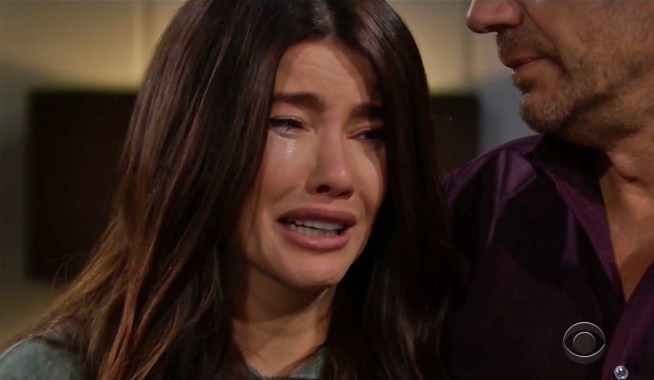