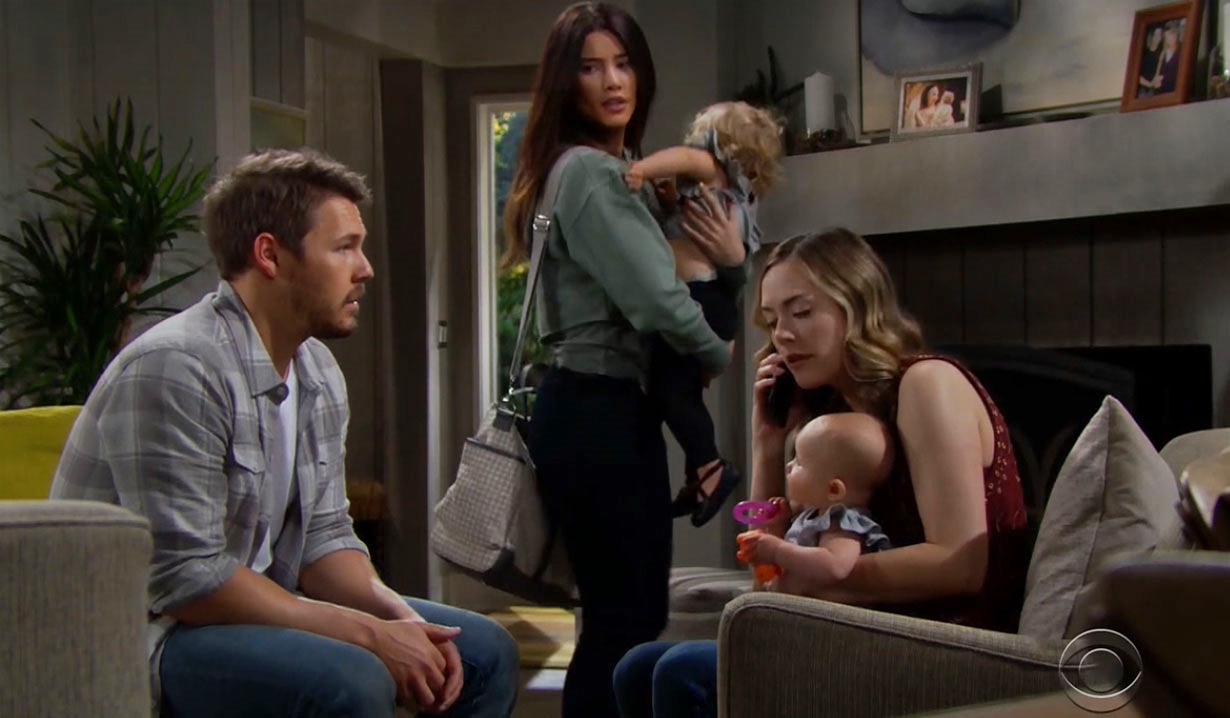 At Forrester Creations, Flo tries to explain the adoption to Brooke and Ridge and remarks that Steffy and Taylor seemed like such nice people. Brooke fumes – it didn’t matter to her that Hope was the baby’s mother? Flo protests – of course it did. Shauna interjects that they should blame Zoe; Flo always wanted to tell the truth, but they were all too scared. Brooke warns the consequences they tried so hard to avoid will be much worse now. She tries to reach Hope, but Zoe has Hope’s cellphone –it was left in a hotel room. Brooke reaches Liam, who assures her that Hope’s with him and knows everything. Hope gets on and Brooke enthuses about the miracle, 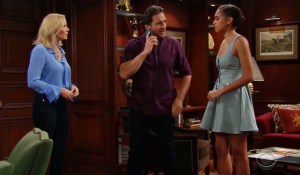 but Hope tells her Steffy just got home. Brooke realizes Steffy doesn’t know yet. They disconnect and Brooke informs Ridge, who wants to call the LAPD. Brooke doesn’t want the press. Zoe tries to reach Reese, but Ridge snags her phone and warns her and Flo they’re not to go anywhere. Flo snarks, “Do I get a phone call?” Ridge asks about Carter’s role. Flo clarifies his innocence. Zoe and Flo announce Thomas knows everything – he’s known for months. Brooke gasps – Thomas knew Beth was alive and he didn’t tell Hope? Zoe and Flo reply, “Yes.” Brooke and Ridge learn how Thomas stopped Xander from exposing the truth and threatened them all. Ridge can’t believe it and worries about his daughter’s nightmare, which is just beginning.

At the cliff house, Hope disconnects from Brooke. Steffy, unnerved, wants to take Phoebe and to put the girls down. She takes Kelly in, and Liam tells Hope he’s realized this will be much more difficult than he thought. Hope feels it can’t be as bad as what they’ve already gone through. Steffy returns and acts twitchy about Hope holding the baby. Liam explains that Flo is not the birth mother. He says Flo believed she was helping a doctor friend adopt out an abandoned baby. Steffy doesn’t want to hear crazy theories. Hope tells Steffy the baby was stolen. Steffy reels – the doctor took her from a patient? Liam says he had gambling debts and told the mother her child had died. Steffy’s horrified. Liam explains about the stillborn. Steffy feels sick. 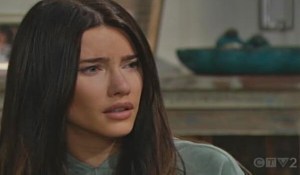 She realizes they must know who the birth mother is. She wants to call Carter but Liam has her wait. Steffy next learns Taylor’s colleague was the doctor who did this – Dr. Buckingham. Hope tells Steffy she’s been a wonderful adoptive mother and reminds her she was a patient of Dr. Buckingham’s on Catalina – she was told her baby didn’t make it. Liam interjects that Flo, Zoe and even Thomas confirmed all of this. Hope knows it’s a shock, and hopes Steffy will help care for her – at this point, Steffy knows her daughter better than she does. Hope reveals, “Steffy, this is Beth.”

The Logans and Forrester face a divide over the baby. 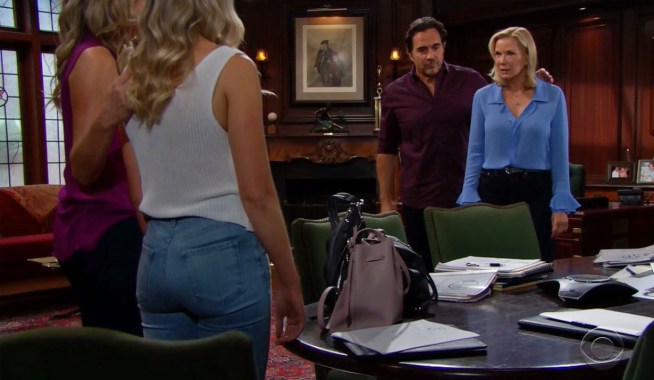 Hope Warns Steffy Not to Stop Her From Taking Beth Home 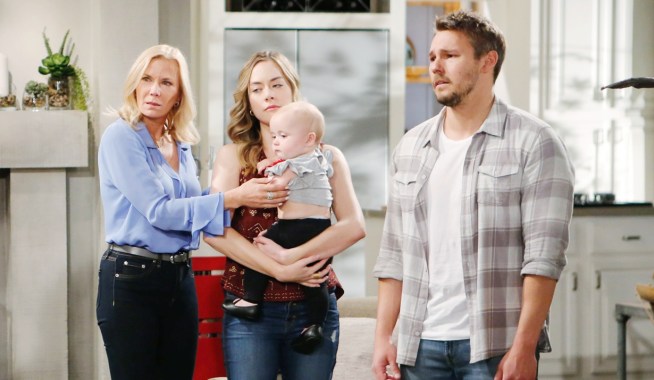