Friday August 2, 2019: On Bold and the Beautiful today, Flo tries to explain herself, Steffy updates Ridge on Douglas' claim, and Thomas learns Liam is onto him. 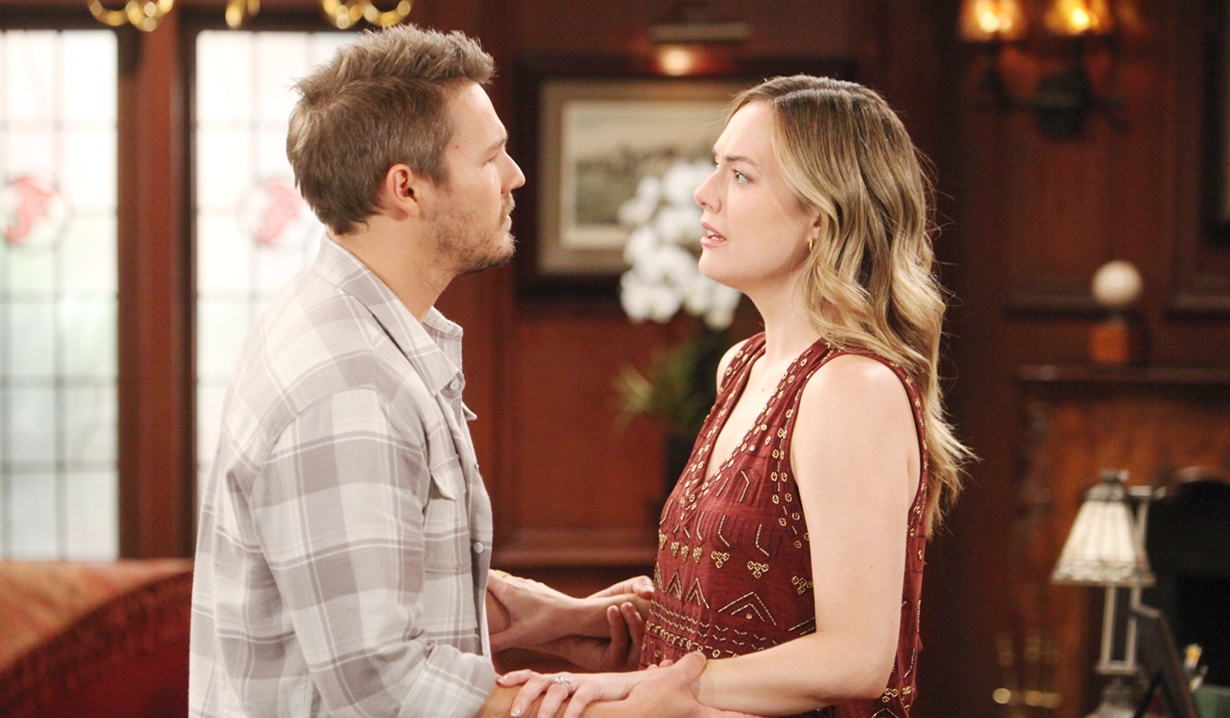 At the beach house, Wyatt gawps as Flo blurts she was never pregnant and never had a baby. Flo confirms Phoebe is Beth before talking about her friend who asked her for a favor – to pose as the birth mother for an adoption. She thought they were bending the rules so a child could have a better life. Liam realizes the friend was Taylor’s contact. 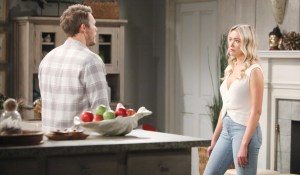 Flo explains it was Dr. Buckingham and another woman gave birth to a stillborn baby that night. He made the switch on Catalina because goons were threatening his daughter. Flo lists the other people who knew, including Emma, who was going to go to Hope. She explains Thomas told her what happened to Emma would happen to her.

At the cliff house, Steffy shows Douglas how to phone Thomas. He hugs her and says, “I love you Aunt Steffy.” She loves him too. Ridge arrives, and Douglas goes to the room to call Thomas. Steffy updates her father on what the boy has been saying.

In the hotel room, Thomas is so ready for sex with Hope, who becomes upset that he’s not being patient. Thomas’ phone rings and she suggests he answer – it’s Steffy. 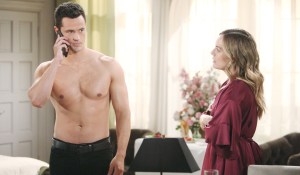 Thomas answers and barks, “What is it?” Douglas informs his father that Steffy and Liam aren’t mean like him, and that he told Liam that Phoebe is Beth. The boy disconnects and Thomas tells Hope, “Let’s get out of here.” She’s confused but goes to change. Thomas phones Steffy, who questions if he told Douglas that Phoebe was Beth. Thomas learns Liam took off and disconnects. Hope reappears and Thomas suggests she change to traveling clothes. He calls for a helicopter.

At the cliff house, Douglas tells Ridge that Daddy got mad when he overheard him and told him not to say anything.

Hope and Thomas arrive at Forrester Creations. Hope is unsettled to hear he’s whisking her away in a helicopter from the roof.

At the beach house, Liam tries to call Hope but gets no answer. Flo gets a call from Thomas and puts him on speakerphone. He warns her Liam may be on his way and to keep her mouth shut. Pam is heard talking to Hope in the background so they realize they’re at Forrester. Liam leaves. Flo tells Wyatt he can’t hate her more than she hates herself – she’s still the woman he fell in love with.

At Forrester, Thomas disconnects from Flo and tells Hope he’s checking with the pilot. Hope enters the office and says to herself, “I don’t have to go.” Liam arrives and locks them in. He tells Hope that they were lied to – they sold her like a piece of furniture – everything they thought they lost, they didn’t. On the roof, Thomas implores the helicopter pilot to hurry up. Inside, Liam continues updating Hope. Thomas hammers on the door but Liam keeps talking. “Phoebe’s mother is you. Beth is alive.” Hope’s eyes fill with tears.

Flo tries to salvage her relationship.

At this time in 2009 on The Bold and the Beautiful, Brooke stopped Taylor and Ridge’s wedding, despite Thomas and Steffy’s meddling, to plead with Ridge to come back to her. 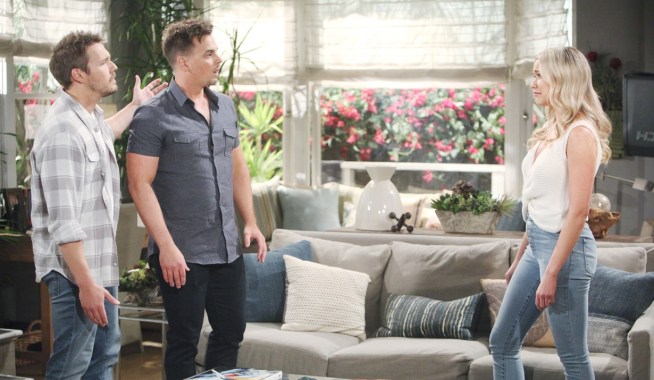 Thomas and Liam Fistfight on the Rooftop Before Liam & Hope Celebrate 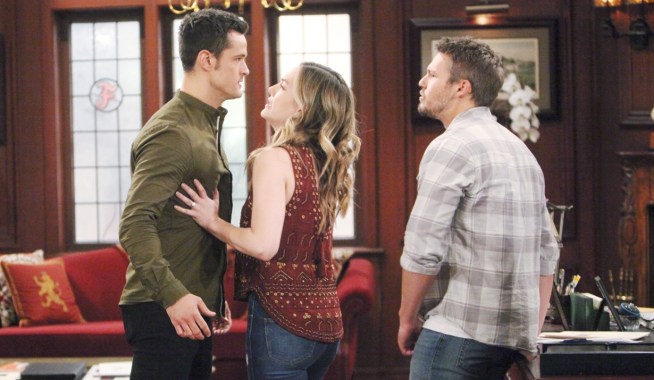