Friday July 26, 2019: On Bold and the Beautiful today, Zoe learns Thomas threatened Flo's life, Liam waits on a call, and Thomas issues another warning to his son. 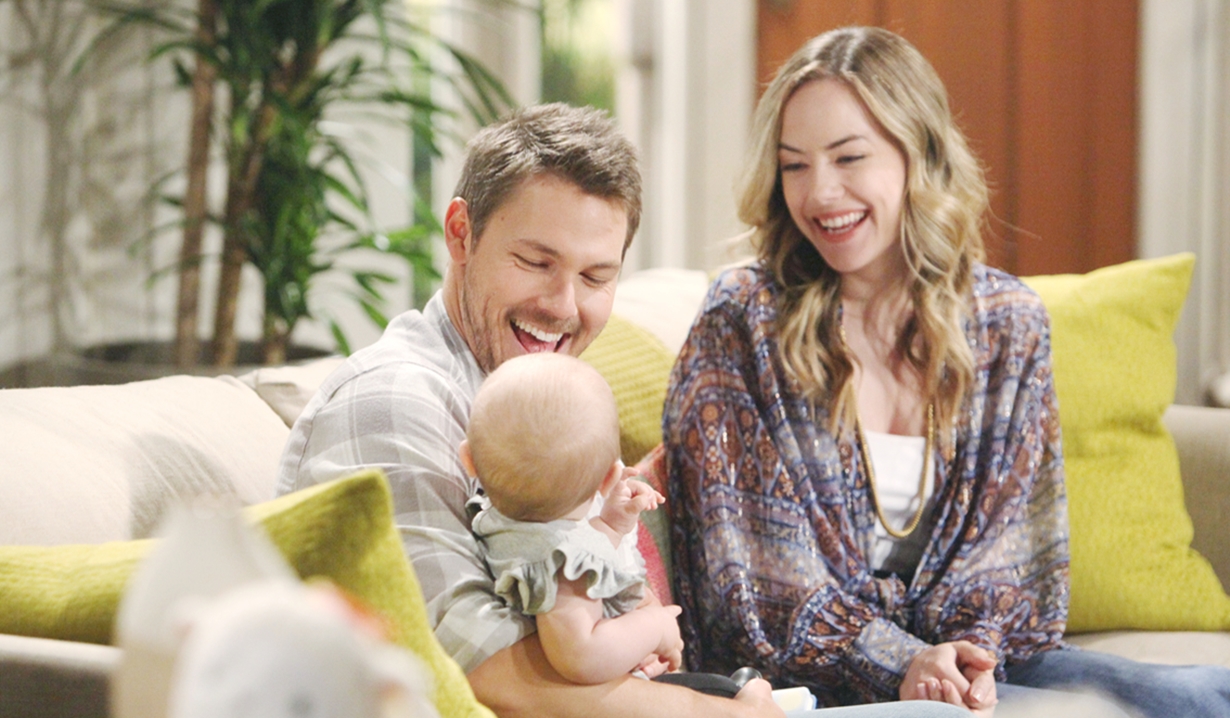 At the cliff house, Liam is on the phone with the Vegas hospital. They’ll have the doctor call him back about Flo Fulton. He disconnects and Steffy appears with Phoebe. Liam goes over the coincidences involved with the adoption of Phoebe.

At Forrester Creations, Hope tells Flo that Douglas touched her heart in a way she didn’t think possible anymore; she has to take care of him. Flo’s just worried about the choices she’s making. Hope restates that she and Liam had to end so he could be a father to the girls, and she could protect Douglas. Flo just wants her to be happy and isn’t sure she can be without Liam. She didn’t think Hope would go through with marrying Thomas. 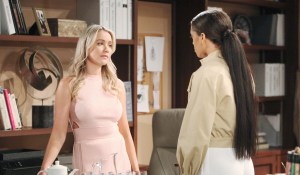 Hope did it for Douglas. Later, Flo updates Zoe that Hope married Thomas. They debate whether they’re bad people. Flo worries about Hope’s honeymoon but Zoe thinks Thomas will mellow now that he has what he wanted. Flo tells Zoe about her dark confrontation with Thomas, who threatened her life. He’s dangerous, and now he’s Hope’s husband. They discuss Phoebe calling out ‘Mama’ to Hope during the ceremony. Flo thinks the secret may come out without input from them.

More: Denise Richard’s assistant to appear on Bold and Beautiful

At the Logan mansion, Thomas apologizes to Douglas but reminds him he can’t say what he thinks he heard. Douglas says, “You mean ‘Beth is alive’.” Thomas stresses those words can never come out of his mouth again. He reminds his son that his mommy is gone forever, and Hope is his mommy now. If he ever repeats what he heard… Douglas interrupts, “But I did hear it. Beth is alive.” Thomas tells the kid he misheard and that it could hurt Hope and Aunt Steffy – he can’t say anything to anyone. Thomas calls Hope to pick her up – she’ll meet him at Steffy’s so she can see Phoebe. When Thomas is ready to go, Douglas tells him he likes Liam – he’s nice to him. Thomas repeats his warning about Baby Beth.

More: 25 Things about Thomas Forrester’s past

At Forrester, Hope disconnects from Thomas and updates Flo on the staycation. Flo senses she’s not really up for it and warns her to be careful – he’s an intense guy.

At the cliffhouse, Steffy updates Liam on Thomas and Hope dropping Douglas off and Hope arrives and joins Liam on the sofa to gush over Phoebe. 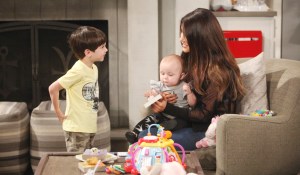 Thomas enters with Douglas. Liam steps into the kitchen and Thomas follows to needle him about marrying Hope. Thomas hears Douglas ask if Phoebe was always named Phoebe and shoots him a stern look. When Thomas and Steffy take Phoebe to her room, Liam and Hope get into it about her marrying Thomas. When Hope reminds him their baby is gone, Douglas says, “Baby Beth is alive.”

Douglas Knows Where Beth Is, Stuns...