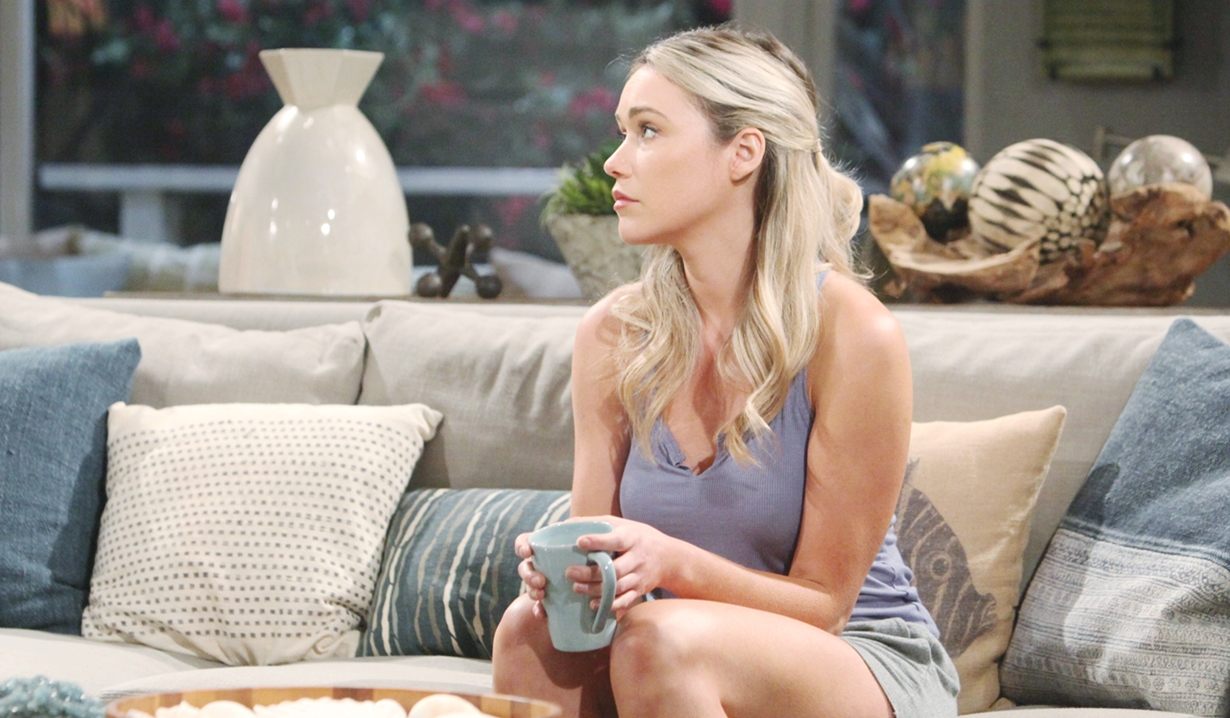 Brooke finds Hope downstairs in the house on her wedding night and reiterates the marriage was a mistake. Hope doesn’t want to get into it, but Brooke’s undeterred. They debate. Hope feels she has to give the marriage a chance, but Brooke argues she can get an annulment. Hope won’t do it and cries that Douglas isn’t the only reason she did it – she has to create boundaries and can’t keep wishing that Phoebe could be Beth. Something she can’t put into words draws her to the baby. Brooke thinks she could have a baby with a man she loves, but Hope can’t risk losing another child – she has to get past losing Beth. Brooke hugs her. Once alone, Hope cries, thinking about Liam and her pregnancy.

More: Denise Richards in The Secret Life of Cheerleaders 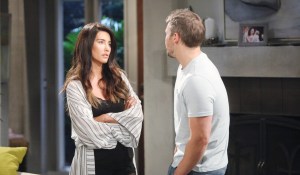 At the cliff house, Steffy notices Liam’s up late. He asks what she knows about Flo Fulton and explains she showed up at the wedding acting super emotional. Steffy has no idea what might be going on with her. Liam questions Flo and Shauna not showing any interest in the baby. Steffy thinks it’s different for everyone. Liam thinks they should know as much about Phoebe’s biological mother as possible – he feels there might be more going on with her than they realize. Steffy suggests he reach out to Wyatt.

In the beach house, Flo informs Wyatt there’s something he needs to know, though he’ll probably never want to speak to her again. Wyatt vows they’ll deal with it together, but she must tell him what’s going on. Flo gets another text from Thomas warning her to take the secret to her grave. She tells Wyatt she doesn’t know what to do. Wyatt presses her to let him help her. Flo thinks maybe she needs to go back to Vegas. Wyatt is bewildered as she wails that she’s so happy but doesn’t deserve it. He asks if she wants to move out. 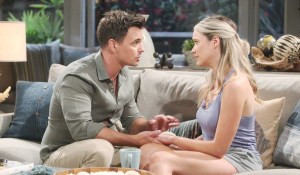 Flo assures him she wants to experience things she never has before with him – get married and have a baby; build a family and a future. Wyatt stops her – why did she say she’s never had a baby – what about Phoebe? Flo improvises that it was painful handing her over to Steffy. Wyatt apologizes. Flo says it’s easier to forget about it; she doesn’t like to remember what she did. Wyatt calls Liam when Flo goes to shower. He can tell something is wrong with her; she’s overwhelmed, and it seems to have to do with Phoebe. He relays she acted like she’d never given birth. Liam can’t understand how this relates to her secret with Thomas, which was a big deal. Wyatt concedes she mentioned going back to Vegas. Liam thinks she’s afraid and urges Wyatt to uncover the secret – he has a feeling it’s big.

In the cliffhouse, Liam checks on Phoebe then searches until he finds the adoption papers.

Liam Has Wyatt Question Flo About...