Liam Has Wyatt Question Flo About Her Clash With Thomas

Tuesday July 23, 2019: On Bold and the Beautiful today, Flo receives a threatening text, Thomas coaches Douglas to get what he wants, and Liam reaches out to Hope. 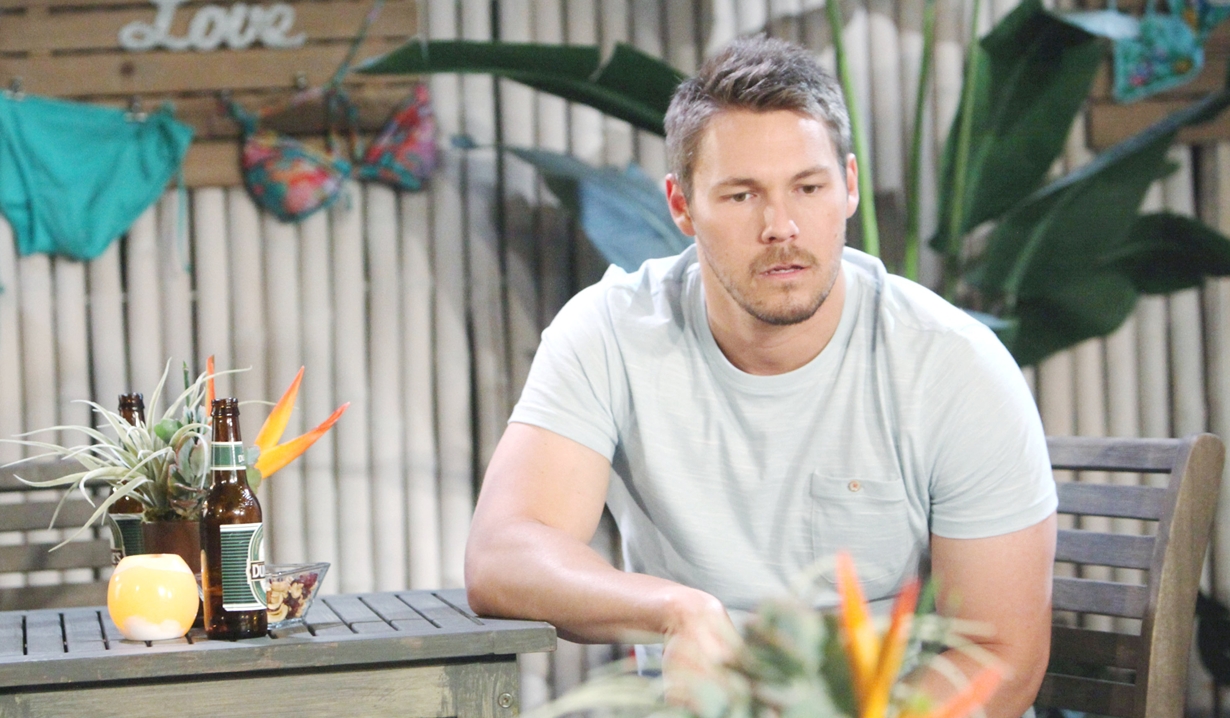 At Bikini Bar, Liam thanks Wyatt for meeting him. He tells him something happened at the wedding – he overheard Thomas and Flo having a conversation about a secret, and it has something to do with Hope. Wyatt asks what else he heard. Liam says Thomas was threatening Flo, and she called him a liar. He wants Wyatt to find out what’s going on and has the sense Thomas is forcing Flo to keep a secret. Wyatt mutters he hates Thomas. Liam pleads with Wyatt to get Flo to open up.

At the beach house, Flo gets a text from Thomas that says it was a terrible idea for her to come to the wedding and warns her to keep her mouth shut or else. Shauna arrives, senses something’s wrong and Flo relays how Thomas cornered her after the wedding. Shauna hopes she’s not thinking of telling Hope the truth. Flo protests this isn’t the life Hope should be living and shows her Thomas’ threatening text. Flo can’t promise to drop the idea of telling the truth. Shauna insists she can’t undo what’s been done – she can never utter a word about Beth. Later, Wyatt returns and asks about the wedding and Thomas. Flo admits she doesn’t like him and has her reasons. Wyatt wants to help her. Flo doesn’t want to lose him. Wyatt asks what is going on with her. As he becomes more insistent and Flo hears her mother’s voice in her head, she shouts out. She has to tell him the truth.

At Brooke’s house, Thomas and Hope tuck Douglas in and Hope reveals she was thinking of staying with Douglas tonight. 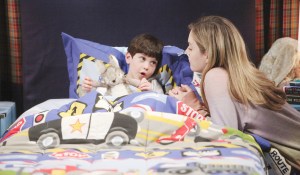 When Hope steps out, Thomas coaches the boy so when she returns Douglas urges her to stay with his dad tonight. In Thomas’ room, Hope contemplates the romantic set-up as Thomas states they should spend their wedding night together. Hope mentions Phoebe and Thomas reminds Hope her place is here with Douglas now. He strokes her cheek and says, “I want you so much,” before kissing her. He pulls off his shirt and gets more passionate, 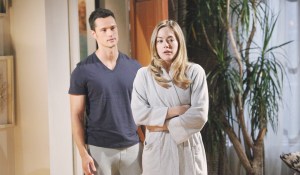 but Hope pulls away – she can’t tonight. Thomas says they’ve the rest of their lives together. Hope exits and Thomas stews. “What kind of girl gets married and doesn’t sleep with her husband?” He tells himself she’ll come around and fumes about Liam and Flo – he feels surrounded by idiots, but assures himself it will all work out. In another room, Hope answers Liam’s call from Bikini, he’s relieved when she says, “I couldn’t,” and warns there are forces against them now – she needs to hang in there while she gets to the bottom of it. She disconnects when Douglas cries, “Mommy.”

Flo lets something slip about her past.

Wyatt’s Suspicious of Flo When It...