Monday July 22, 2019: On Bold and the Beautiful today, Zoe tries to keep Flo from the wedding, Hope takes Phoebe's interruption as a sign, and Thomas realizes Flo's been drinking. 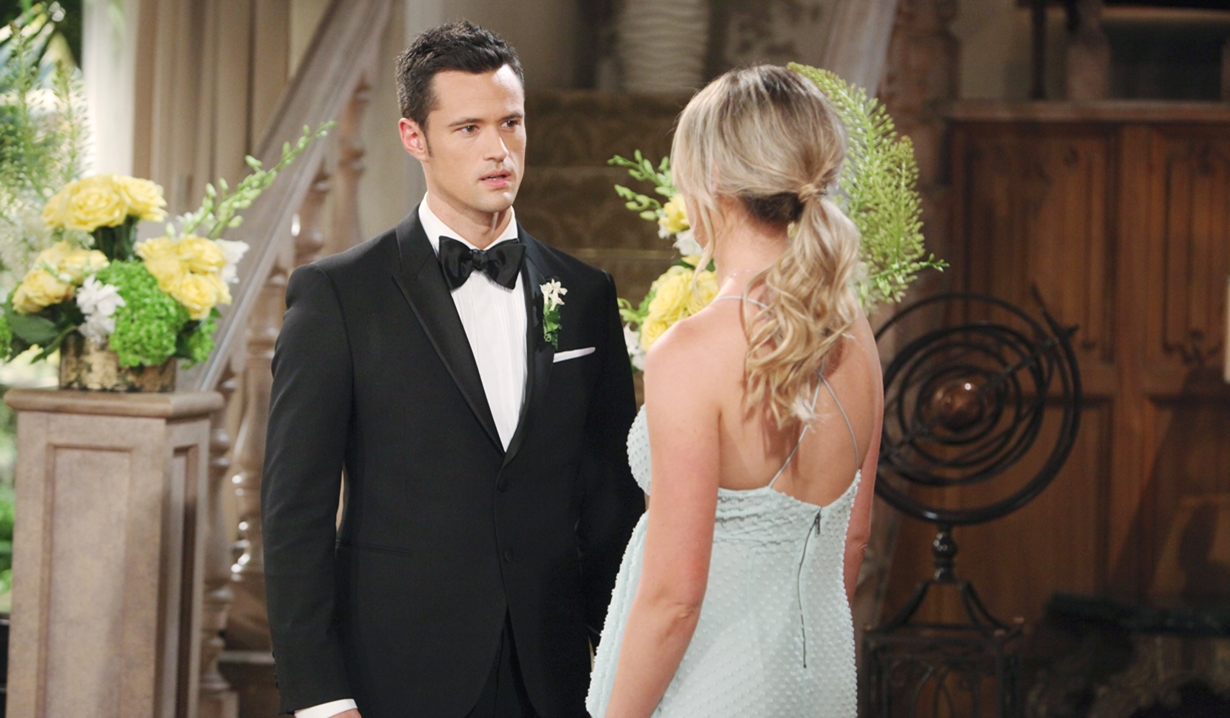 At Forrester Creations, Zoe tells Flo she’s had enough to drink. Flo repeats she’s called a car to take her to the wedding and will put an end to this madness once and for all. Zoe asks her to drink some water and they debate whether Hope’s marriage to Thomas would be a mistake. Flo insists her cousin deserves to know what kind of man he really is, and leaves as Zoe protests.

At the wedding, after Phoebe calls, “Mama,” Carter asks Hope if she takes Thomas to be her husband, forsaking all others. Hope looks distraught. Carter asks if she’s okay. Thomas takes her hands. Hope smiles past Thomas at Douglas. Steffy apologizes for Phoebe as she keeps yammering. Hope goes through with her vow and Carter prompts the eager Douglas to hand over the rings. The rings are exchanged and Thomas kisses Hope, who leans away. 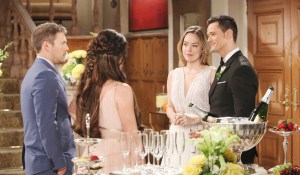 As Carter announces Mr. and Mrs. Thomas Forrester, Hope smiles tensely out at the guests. Later, the guests mingle, and Eric tells Hope that Douglas is lucky to have her as a mother. Nearby, Brooke and Liam rehash Hope not loving Thomas. After, Liam and Steffy make their way over to wish the newlyweds well. Steffy hugs Thomas and teases him, while Liam hopes the family that comes with the marriage makes Hope happy. Talk turns to Phoebe’s interruption. Steffy notes she was trying to go to Hope, but Hope believes she knows Steffy’s her mother. Flo arrives and Pam hands her hors d’oeuvres. Meanwhile, Hope goes upstairs to rest. 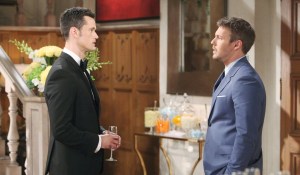 Thomas tells Brooke once she sees how happy he makes Hope, she’ll be their number one supporter. Thomas next sees Liam, who congratulates him on finally wearing Hope down. Thomas is Hope’s man now and there’s nothing Liam can do about it. Flo joins the Logan sisters and learns of Phoebe saying ‘Mama’ at the ceremony. Brooke sends Liam to check on Hope upstairs, where he finds her staring into the mirror. They rehash her marrying for the wrong reasons. Hope felt Beth was reaching out through Phoebe – maybe she approves of her committing herself to Douglas – but every day she’ll still wonder why Beth was taken from them. Liam holds her. 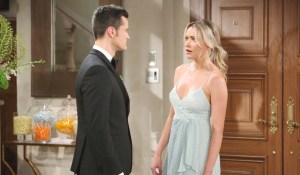 Downstairs, Ridge is irked when Steffy says Liam’s upstairs with Hope as she and the girls leave. Thomas is also irritated he’s up there – it’s inappropriate. Flo needles now that they’re married everything should be out in the open. Thomas pulls her away and notes she’s been drinking. Flo won’t leave without seeing Hope and can’t believe Thomas watched Phoebe say ‘Mama’ and didn’t end Hope’s pain. Liam listens, unseen, as Flo warns Hope never would have married him if she knew the truth – she’s telling her! Thomas fumes, “You’re going to keep this secret…until the day you die.” Liam muses to himself, “What secret?”

Liam Has Wyatt Question Flo About...