Tuesday July 16, 2019: On Bold and the Beautiful today, Eric and Quinn have news about Xander, Thomas makes a request of Brooke and Ridge, and Liam tries to get Hope to change her mind. 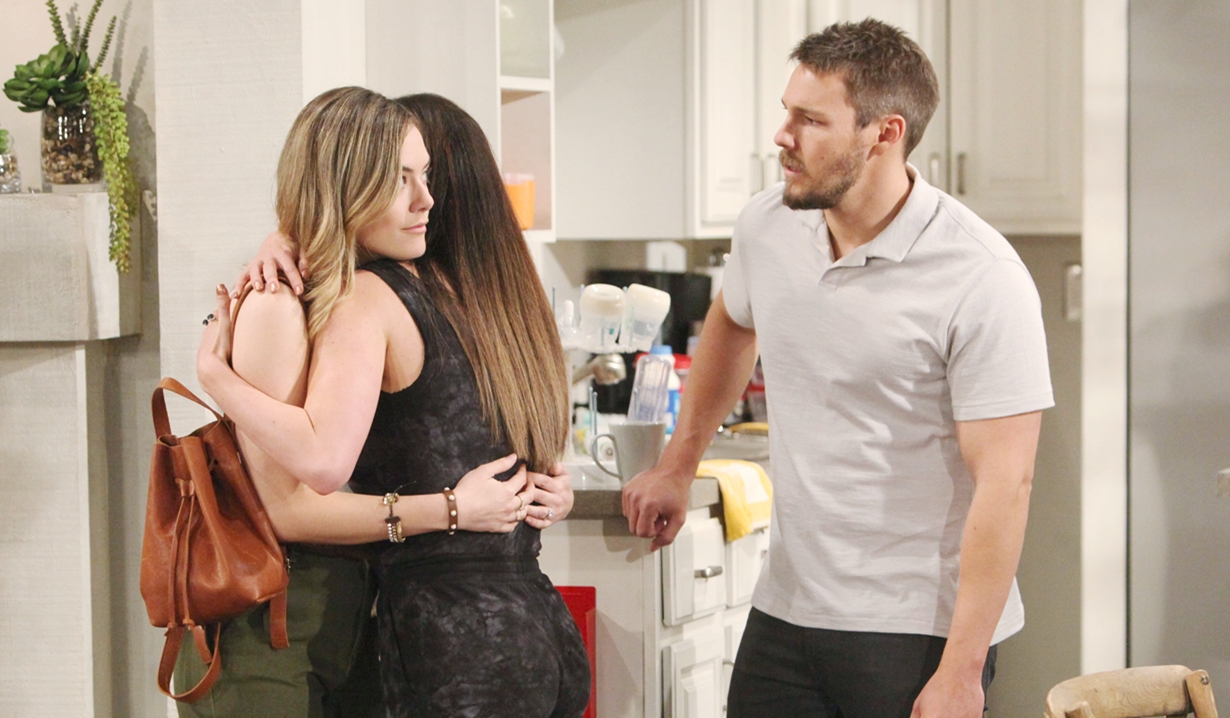 In Douglas’ bedroom, Thomas is replacing the photos of Caroline with pictures of Hope, when she enters. They recap her being there for Douglas last night during his nightmare. Thomas goes on about Hope becoming his son’s mother and suggests they ask Brooke and Ridge to get married there in the house. Hope thinks it sounds nice and wants to include the kids. She reveals she’s going to update Liam on the wedding.

Downstairs at Brooke’s, Eric and Quinn are letting Ridge and Brooke know that Xander left suddenly when Thomas appears with big news – Hope wants the wedding as soon as possible. Brooke is bewildered. Thomas explains that Douglas’ nightmare reinforced how important it is to be a family. Brooke argues all kids have nightmares; they’re rushing this wedding. Quinn and Eric offer to host, but Thomas says he and Hope want it there. 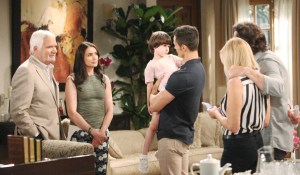 Ridge agrees and Brooke is flummoxed to hear it’s tomorrow. Douglas appears and can’t wait for Hope to be his new mommy. Thomas asks his son to be his best man after explaining what that is. Douglas would like that. Everyone smiles and enthuses about including the boy in the wedding except Brooke. Ridge feels tomorrow will be a new beginning for all of them, especially Hope. Later, Brooke complains to Ridge that Thomas is using Hope’s maternal instincts to manipulate her into doing something she doesn’t want to do. He’ll stop at nothing to get her. Upstairs, Thomas flashes to Hope saying she’s not ready and imagines her telling him she can’t wait until their wedding night. “I have to have you now, Thomas.”

At the cliffhouse, Liam tells Steffy that Hope’s coming over to talk to them. When she arrives, Steffy hugs her and congratulates her on the engagement. Hope reveals the wedding is taking place tomorrow. She recaps the nightmare and Douglas needing a mother. Liam doesn’t understand the rush and is stunned to hear it was Hope’s idea. Steffy wonders if she needs anything, and Hope asks her to be her maid of honor. Steffy would be honored. When Steffy tends to the girls, Liam pleads with Hope not to marry Thomas tomorrow. 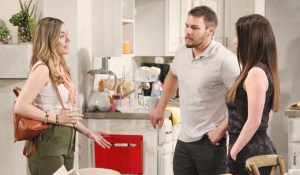 After, Hope plays with Phoebe. Steffy goes back in to check Kelly and Hope reiterates the pull she feels toward the baby – it’s why she has to take this path with Thomas and become a mom to Douglas. She knows what she needs to do. Liam doesn’t think she’d be doing this if not for what happened between him and Steffy. Hope reiterates that he and the girls are a family now; she knows he loves Steffy. Liam will never stop feeling protective of Hope or loving her. Hope says he’s her true love but imaging the life they might have had is too painful – that’s why she’ll marry Thomas tomorrow and fill the emptiness. She has to let go of Beth and the past.

Ridge and Brooke have a confrontation over the impending wedding.