Hope Balks at Sex With Thomas, Warns She May Not Be Ready on Honeymoon

Monday July 15, 2019: On Bold and the Beautiful today, Brooke and Ridge disagree in the bedroom, Hope assures Douglas they'll be a family soon, and Liam worries about Hope. 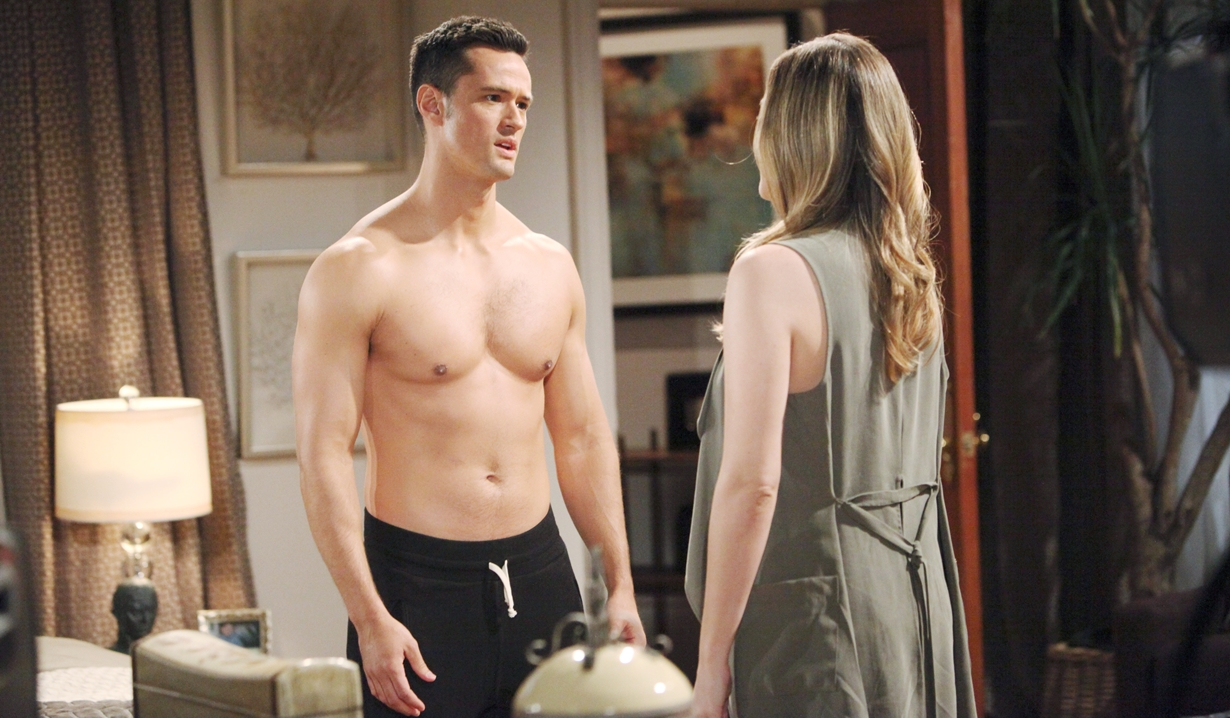 In Douglas’ bedroom, Hope comforts the boy as Thomas assures the child he’s safe now. Hope promises she and his daddy are getting married just like he wanted – they’ll be a family. Thomas ‘checks’ the room for ghosts and clears away his phone from under the bed before assuring Douglas the ghost won’t be back. Thomas ogles Hope as she tells Douglas a story. After, Thomas thanks Hope; she’s ready to be his mother and Thomas’ wife. 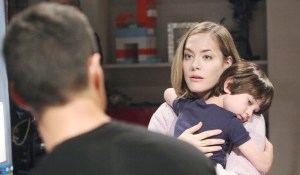 He’s excited she wants to get married right away. Hope balks when he asks her to stay the night in his room. She’s worried about Douglas having another nightmare. Thomas declares that’s not going to happen – there’s nothing stopping them. He kisses her. Hope’s not ready and may not even be ready on their wedding night or honeymoon; this might be a mistake. Thomas assures her he’ll wait – she’s worth it.

In Brooke’s bedroom, Ridge is excited about Thomas and Hope’s engagement, but Brooke argues it’s too soon – she’s nowhere near over Liam. She feels Hope accepted due to her compassion for Douglas; she doesn’t love Thomas. Ridge thinks it’s all about family and stability; there’s nothing wrong with it. Brooke hopes it’s a long engagement. Ridge wants to table the discussion and go to bed. Brooke climbs in but keeps bickering. She asks if Ridge really wants his son married to someone who has feelings for someone else. Ridge feels it didn’t work with Liam and maybe Thomas is the answer. He wants to stop worrying and start making out. They kiss. Brooke wants Hope to do what’s best for her, not everyone else. Ridge states she annulled her marriage – like it or not that chapter is over. He doesn’t think they should interfere in the kids’ lives – his mother drove people nuts. Brooke doesn’t see Thomas and Hope falling in love.

More: Watch Liam tell Hope he’s always there for her

At the cliff house, Steffy and Liam laugh about it taking two hours to get the girls down for the night. She likes sharing these experiences with him. Liam remarks this is where he’s supposed to be, however he’s still worried about Hope. They debate about Thomas. Liam maintains he’s manipulating, but Steffy insists he’s completely devoted to Hope. 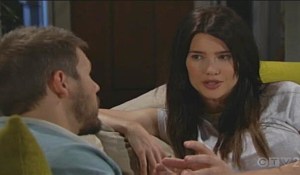 Steffy knows it’s not easy for him that Hope’s moving on and advises him to let Thomas make her happy. Liam argues it seems so forced and isn’t convinced Thomas is doing this for Douglas. They discuss the engagement and Hope wanting to be Douglas’ stepmom. Liam reiterates Thomas is driving this whole thing to get what he wants. Steffy suggests he try being happy for them. Liam offers to take the overnight shift and let Steffy sleep in. She’s excited and Liam muses about them being a unit, a team. She says that’s what Thomas and Hope are giving Douglas.

Emotion runs high after Hope announces a change of plans.

Steffy Will Be Hope’s Maid of...