Tuesday July 9, 2019: On Bold and the Beautiful today, Brooke pleads with Hope to change her mind, Thomas shares his good news with Ridge, and Steffy urges Liam to accept the engagement. 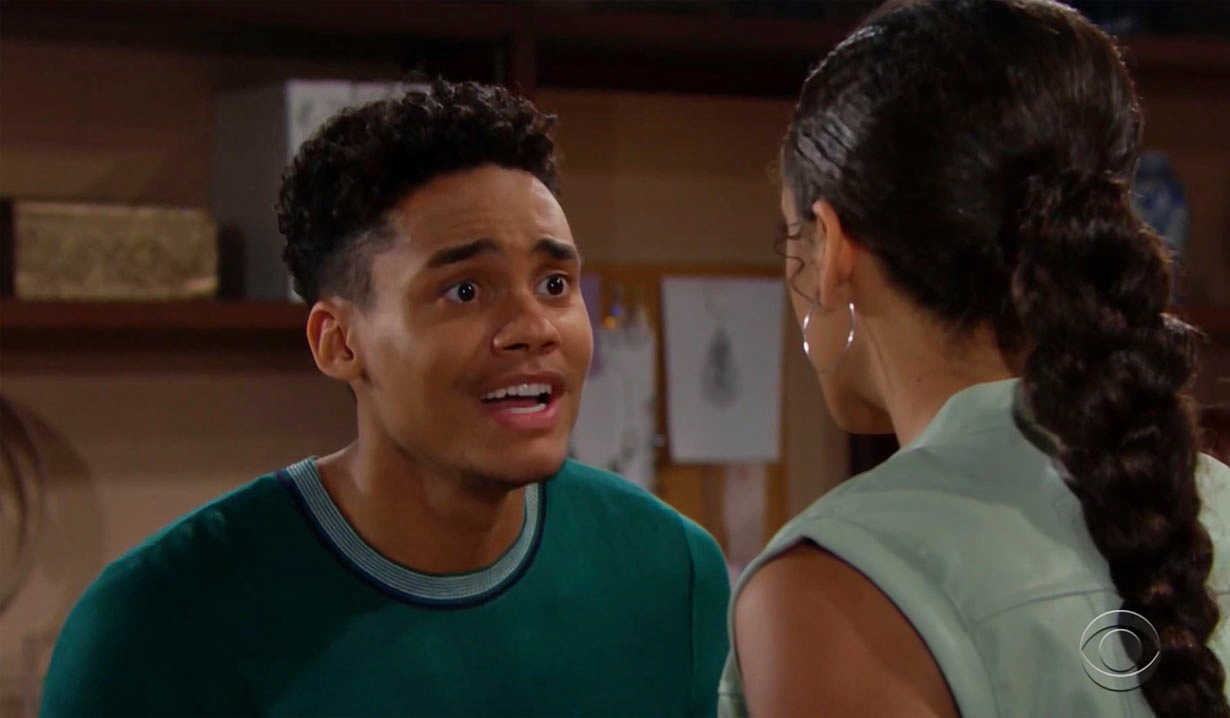 At the cabin, a visibly upset Hope receives a text from Liam, who knows about the proposal and is hoping she said no. Brooke arrives, also looking for assurance that her daughter turned Thomas down. When Hope reveals she accepted, Brooke’s scandalized. 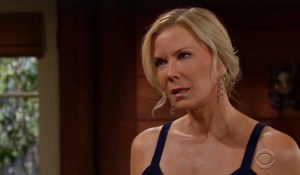 Hope notes if she liked Thomas, she’d be saying it’s romantic and destiny. Brooke questions if she’s fallen for Thomas and Liam’s no longer a factor. Hope’s expression says that’s not the case, but she feels Douglas needs her. Brooke is relieved to hear they haven’t had sex and begs Hope not to marry him. Brooke says Thomas scares her, and Hope doesn’t love him – she never has and never will. 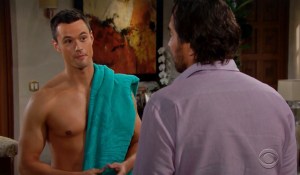 In the main house, Thomas tells Ridge that Hope said yes. Ridge embraces his son and offers congratulations. Thomas talks up Douglas’ proposal – he loves Hope almost as much as Thomas does.

At the cliff house, Liam updates Steffy that Brooke called him over last night and they learned Douglas proposed to Hope – he’s certain Thomas told the boy exactly how to do it. 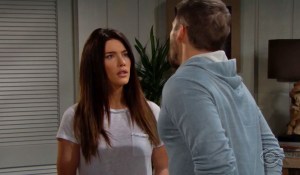 Steffy wonders if it could have been Douglas’ idea. Liam asks, “You’re kidding right?” Just then, Thomas calls Steffy to say he and Hope are getting married. She congratulates him and disconnects. Liam mutters, “Unbelievable.” They debate the situation. Steffy’s happy for her brother and urges Liam to accept it.

In Brooke’s living room, Thomas disconnects from Steffy and tells his dad she was surprised about the engagement but happy for him. Thomas says he and Hope will tell Douglas themselves and he goes on about her becoming his mother. Ridge reminds him Caroline will always be his mother.

At Forrester Creations, Xander is beside himself as he informs Zoe he found evidence that Thomas killed Emma. He can’t imagine how terrified Emma must have been in the dark with a madman running her off the road. Zoe concedes Thomas is a little obsessive but he wouldn’t commit murder. Xander insists he did – even if it was an accident, Thomas stopped, saw what happened to Emma, then drove away. Only a heartless killer does that! Zoe concedes it doesn’t look good but thinks maybe Thomas panicked. Xander becomes increasingly agitated over Zoe defending him. He cries that Emma didn’t deserve to die because she was trying to do the right thing. Thomas is a heartless, selfless bastard and has to be stopped – he’s the guy who’s going to stop him.

Thomas visits Steffy and is upset when she tells him Liam is gone out – probably to see Hope.

In the cabin, Liam asks Hope if she’s doing this because he hurt her; he’s so sorry. Hope cites Douglas needing a mother as the reason she’s engaged. Liam complains Thomas manipulated the proposal and urges her to take the ring off before something bad happens.

Hope Agrees to Marry Thomas but...

Xander Accuses Thomas of Murder and...