Monday July 8, 2019: On Bold and the Beautiful today, Ridge interferes with Hope and Liam's plans to stop Thomas, Thomas warns Hope they'll soon be husband and wife, and Xander gets the proof he needs against Thomas. 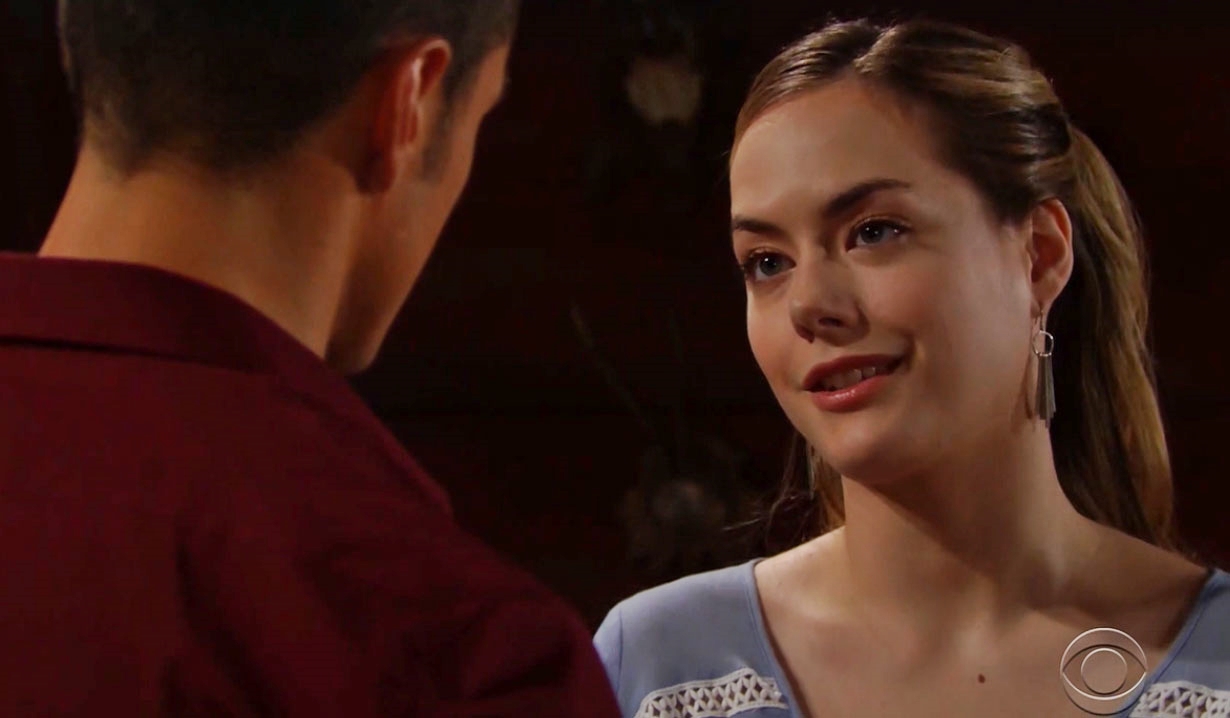 In Brooke’s living room, Liam tells her he’s going to the cabin to stop Thomas. Ridge appears. Brooke and Liam complain that Thomas is proposing to Hope and they won’t let him get away with it. Liam calls Thomas a puppet master and Ridge reminds him he’s with Steffy now. Ridge says Thomas sees something in Hope and is kind and honorable. 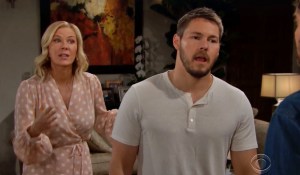 They debate heatedly. Ridge insists Thomas loves Hope and wonders why everyone is acting like he’s an axe murderer. Brooke hisses when she comes to her daughter, she’s fiercely protective. Ridge reminds her of their pact not to let their children’s’ lives come between them, then informs Liam he has a family and should go home to them.

In the cabin, Thomas appeals to Hope to say ‘yes’ to a beautiful future for them. She hesitates so he continues trying to persuade her and reiterates that Liam’s moved on with Steffy and the girls. “You have a chance now, Hope, to be a mother,” he cajoles. Thomas proposes again. Hope warns she won’t just forget about Beth. Thomas knows, but thinks Beth’s in a wonderful place now. Hope tells Thomas, “Yes, I’ll marry you and be a mother to Douglas.” Thomas throws his arms around her, though she remains emotionless. He places the ring on her finger and says, “I would do anything for you, Hope. Anything.” Thomas gushes and Hope excuses herself. 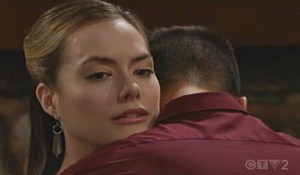 In her bedroom mirror she stares at the ring and recalls Liam’s proposal and their wedding while tearing up. Thomas calls out. Hope steels herself, then rejoins him. Thomas has undone his shirt and wants to celebrate their engagement. Hope steps back, but Thomas feels there’s no reason to deny themselves any longer and kisses her. Hope’s sorry – she can’t – and wants to go to bed – alone. Thomas reminds her it won’t be long until they’re husband and wife.

In the Forrester Creations security office, Xander fumes, “You did it, Thomas! You murdered Emma!” Charlie appears and pushes to find out who broke into Xander’s car, 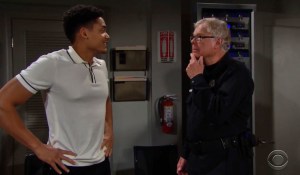 Xander barks at him then apologizes – he knows what he has to do. Xander finds Zoe in the design office and explains about the security footage – he’s all but sure Thomas killed Emma. Zoe argues that Thomas could have gone anywhere. Xander’s upset she’s still defending him and warns he’s dangerous. Emma lost her life because of him and he’s going to get justice for her. He declares he’s going to Ridge and Brooke’s house to get the proof he needs from Thomas’ car.

Outside, Brooke’s house, Xander enters Thomas’ vehicle and loads the travel history on his GPS, which reveals he pulled over right where Emma left the road. “There’s no doubt now – he killed her!” 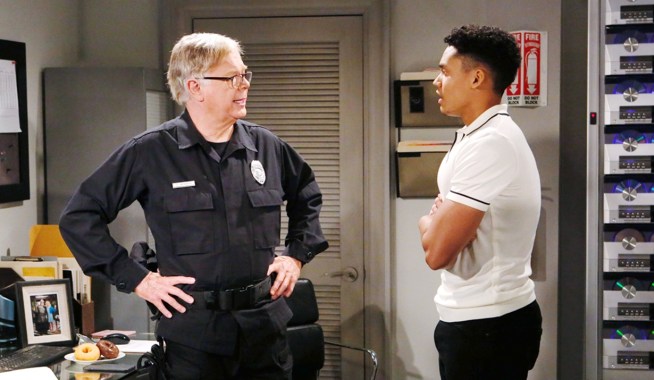 Xander Declares Thomas a Murderer As He Finds Incriminating Footage 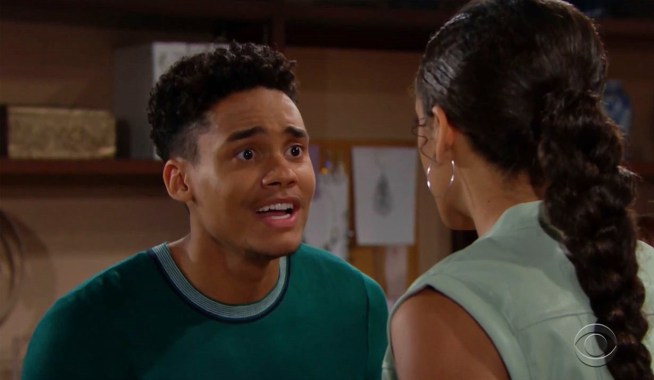