Hope Confronts Thomas About Arguing With Emma at Her Memorial

Wednesday June 26, 2019: On Bold and the Beautiful today, Emma's co-workers and loved ones gather to say goodbye, Xander continues to blame Thomas for Emma's death, and Sally reacts to Wyatt's plans for the future. 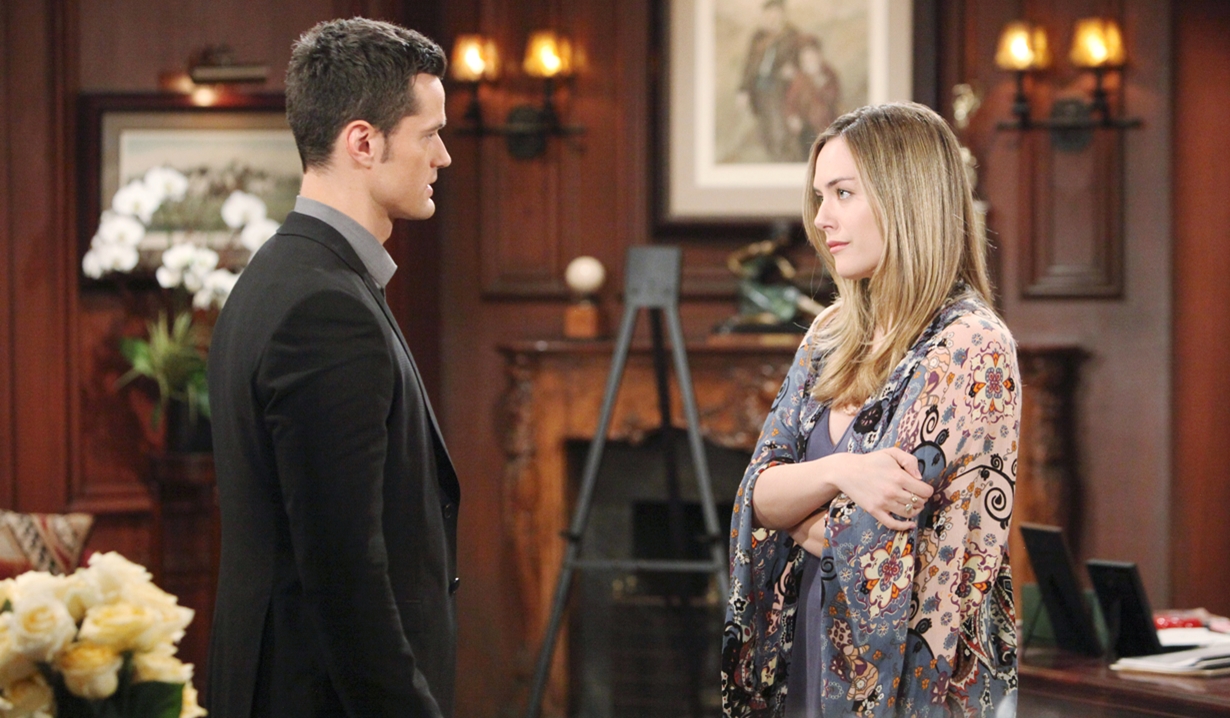 At Forrester Creations, all the employees gather to pay their respects to Emma Barber. Quinn and Eric look at her photo – they can’t believe she’s gone. Donna sheds tears over the tragic accident. Nearby, Xander whispers to Zoe that it was no accident. Steffy finds Thomas, who asks if Hope is in the office. Steffy says Ridge and Brooke are in there with Bill and Justin. Inside, Justin thanks the Forresters for hiring Emma and making her dream come true. Brooke wishes Emma was still there with them. Thomas watches them talking as Brooke, Ridge and Justin remark on Emma’s commitment to Hope and her line. Elsewhere, Hope comforts Tiffany. Thomas moves to the corridor and flashes to running Emma off the road. Xander approaches and wants to talk. Thomas advises him, Zoe, and Flo there’s nothing to talk about; the secret is safe. Zoe says Emma’s dead and only the four of them know why. Xander asks, “Or do we?” Thomas glares at him. As the gathering continues, everyone reflects on what struck them about Emma. Thomas and Xander eyeball each other across the room. Meanwhile, Bill reassures Justin, who notes the police haven’t made an official ruling – they found Emma’s cellphone at the scene with an unsent text – she was on her way to see Hope. Flo whispers to Xander and 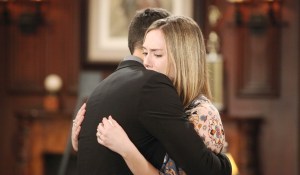 Zoe that Emma was going to Hope – she was too good to keep the secret. Xander feels she was better than all of them. Nearby, Thomas muses aloud about the terrible, terrible accident. After, Hope tells Brooke it’s odd Thomas didn’t mention he saw Emma before the accident. Thomas checks in, and they confront him about it. Thomas lies that they disagreed about dancing at the next fashion show – that’s probably why she was texting Hope. She wouldn’t listen and took off. Xander watches as Thomas takes an upset Hope into his arms.

At the beach house, Sally’s just come from Emma’s memorial at Forrester. Wyatt muses that it was awful news. Sally has missed him, and notes it’s been a while before asking, “Why did you want to see me?” They rehash why they went their separate ways. Sally sees Flo around the office and notes it’s awkward. 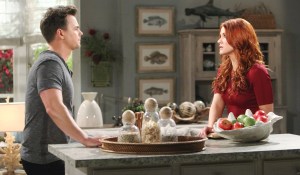 She complains all his mom talks about is how perfect he and Flo are together and their history – but they have history as well. Some of her happiest memories are in that house. Wyatt says, “Me too.” Sally wants forgiveness. Wyatt asked Sally there to discuss the future – he still cares about her but will move forward with Flo. Sally doesn’t want details and fumes, “So that’s it, huh?” She blames herself and hoped that maybe he would miss her. Sally thinks everything would have been different if their exes hadn’t come back. She declares the joke’s on Wyatt – one day he’ll realize she’s the one that got away. Sally adds that there is no perfect woman, and she’ll always love him.

Ridge and Brooke see things differently when it comes to Hope’s future.