Pam Reveals Thomas Argued With Emma Before She Died

Tuesday June 25, 2019: On Bold and the Beautiful today, Thomas issues a warning to Flo, Xander, and Zoe, and Brooke questions Pam. 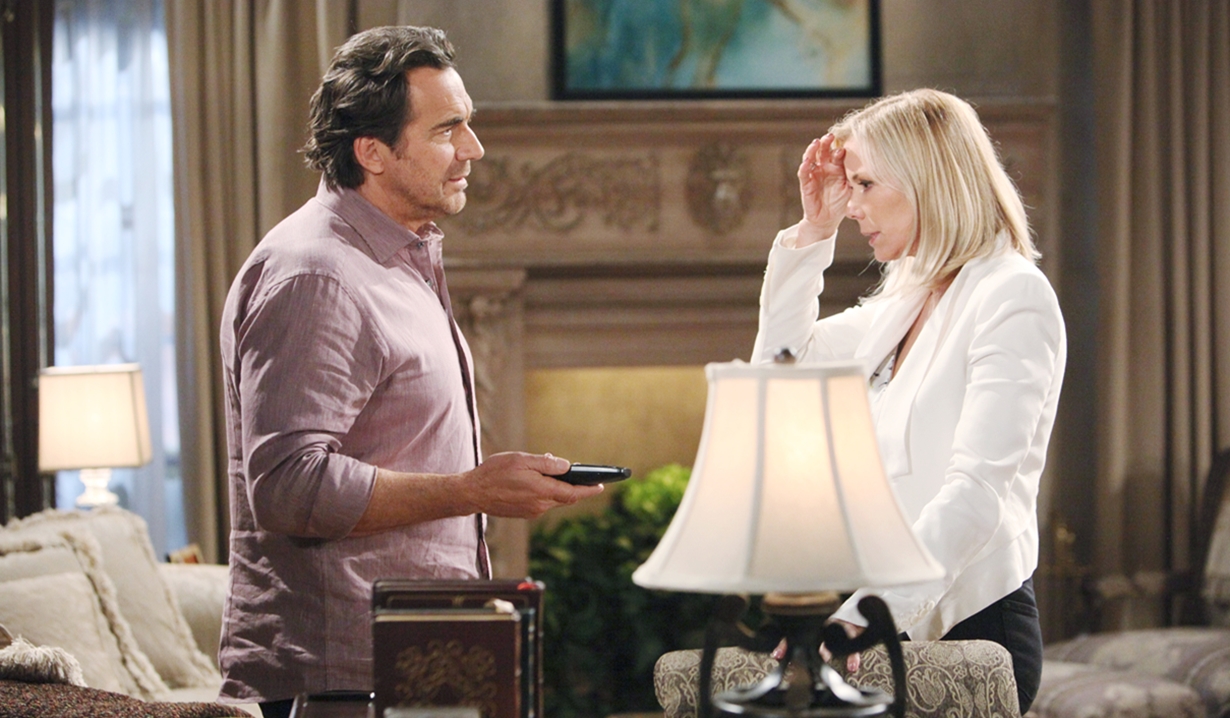 At home, Brooke and Ridge discuss Emma’s death. Brooke worries about Hope – this will be hard on her. Ridge thinks his son will be a shoulder she can lean on. Brooke’s not thrilled. She feels Thomas is too dependent on Hope and needs professional help. Ridge blames himself for not being there as a dad. He’s pleased with Thomas’ ambition and states he’s always been good to Hope.

At the cabin, Thomas suggests to Hope that perhaps Emma didn’t maintain her car well. Hope’s unconvinced. Thomas thinks she could have been speeding. Hope wonders if she was in a hurry to get somewhere. She tears up at someone so young suddenly being gone – Emma was such a good person. Hope thinks of Tiffany, her best friend. Thomas remarks on her thinking of everyone else and asks, “What about you?” He offers to sleep on the sofa. Hope assures him she’ll be okay and asks about him. Thomas muses they’ve all done things they regret. He advises they not mention this to Douglas – there’s too much talk of death lately. Hope asks what he meant by ‘we’ve all done things they regret’. Thomas alludes to Emma not caring for him and letting him know. He switches gears to say there’s nothing he wouldn’t do for Hope.

At Forrester Creations, Xander, Flo and Zoe debate whether Thomas could be responsible for Emma’s death. Zoe argues that Thomas isn’t a murderer, but Flo thinks something’s off about him. He claims to love Hope but doesn’t want her to know her child is alive! Xander isn’t willing to keep quiet – Beth is alive and Emma isn’t. He points out Emma loved him; he owes it to her to find the truth. After, Thomas arrives. Xander confronts him with the fact that he had been with Emma, who was on her way to tell Hope everything, and asks, “Did you kill Emma?” Flo adds that Pam heard them arguing. 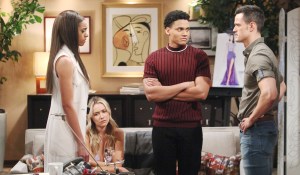 Xander muses he was probably threatening her. Thomas claims she wouldn’t listen to him and he followed her out, but she was gone. He lies that he went to Hope to tell he the truth before Emma could, but the news of her death interrupted. Flo wonders how he would have got there before Emma. Thomas knows the hills. He assures them the secret’s safe. Xander and Flo believe Emma’s dead because of the secret. Thomas warns them not to discuss the secret in the building again. He won’t lose his chance at a family with Hope. 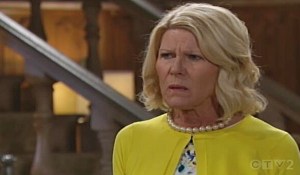 Hope joins Brooke at home and tells her Thomas was with her when she got the news about Emma. Pam arrives with Emma’s things and reveals Thomas was the last to see Emma alive – they got into it at Forrester. Brooke asks if she heard anything. Pam says she really wanted to go, and he wanted her to stay. He left right after she did.