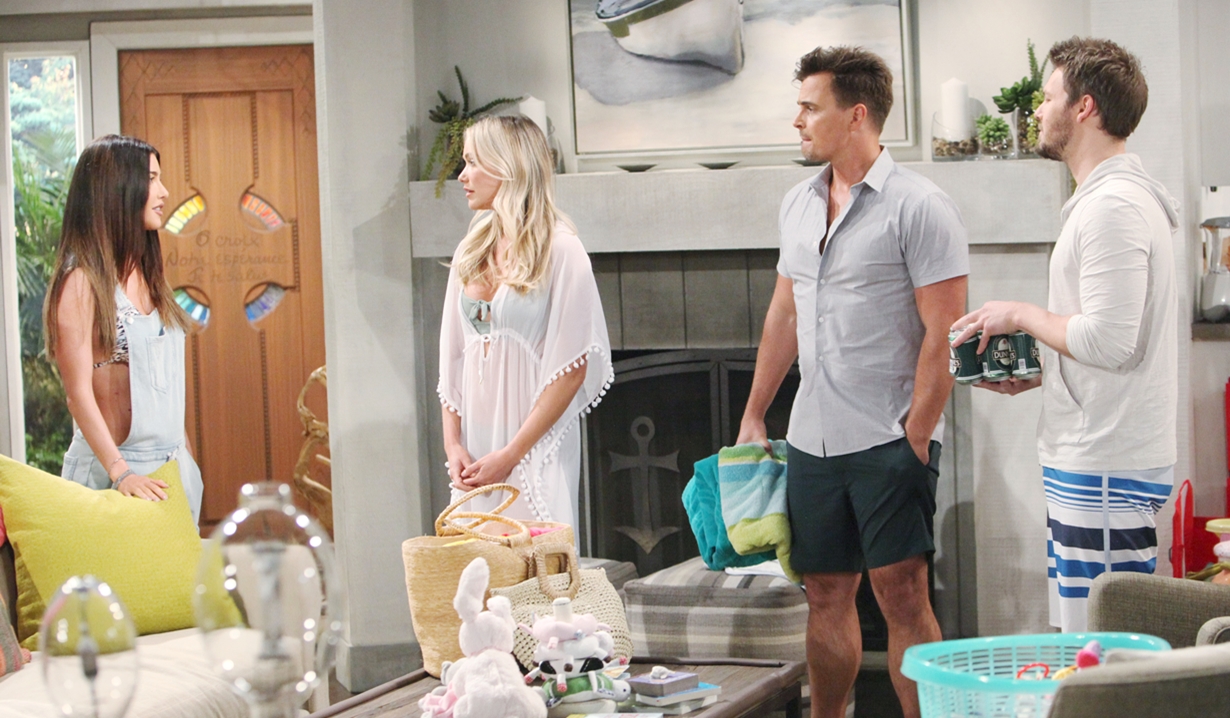 At Forrester Creations, Thomas flashes to kissing Hope then calls Steffy to ask how everything went with Liam. She confirmed it went well and asks about Hope. If it were up to Thomas, they’d already be raising Douglas together.

In the cabin, Hope flashes to Catalina, then to ending her marriage. She looks at a drawing from Douglas and smiles. Hope takes a call from Thomas, who asks her to come to the office – he’s on the verge of something. 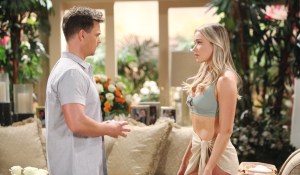 At the Forrester mansion, Wyatt and Flo tease each other until he reveals they’re going to Steffy’s place. Flo’s taken aback. Wyatt thinks now that she’s a Logan and working at Forrester, she should get to know them better. Flo feels it’s not a good idea. Wyatt’s confused; he thought she and Steffy hit it off. Flo relents – maybe it would be good for her to go see how Phoebe’s life is. 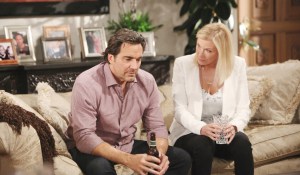 At home, Ridge and Brooke canoodle on the sofa. She wonders if that smile on his face is permanent. He says if Thomas keeps stepping up it could be. He’s ready to take on a leadership role and he should be…it’s time. Brooke agrees, but notes on a personal level Thomas has latched onto Hope and it worries her – it’s obsessive. Ridge recaps that she believes his interest in Hope is unhealthy. Brooke mentions his ‘issues’ in the past and now he’s fixated on Hope. Ridge feels they can help each other. Brooke can’t ignore what she sees. 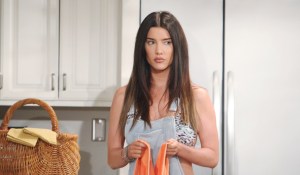 At the cliffhouse, Steffy wonders if they should have invited Bill and Katie on their picnic. Liam reveals he asked Wyatt and Flo…is it okay she’s invited? Steffy hesitates; she’s a little surprised – it’s been a few months since the adoption and she’s never asked to see Phoebe. She wonders how Flo will feel about it. Soon, Wyatt and Flo arrive, and pleasantries are exchanged. Flo learns the girls are napping and is happy Phoebe found such a loving family to live with. They sit until the girls wake up. Liam brings Phoebe out to see Flo, who acts nervous. Liam reappears and promises Flo he’ll look after her like she’s his own. Steffy says Phoebe has the life and family she always wanted for her. Flo tears up.

More: Find out if Bold and Beautiful airs July 4 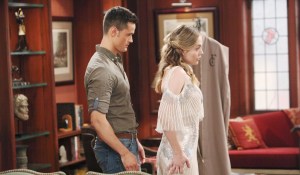 Hope arrives at Forrester where Thomas has a gown he designed and asks her to try it on – he really put his heart into it. Once she’s wearing the dress, Thomas and Hope admire it in the mirror. Hope thinks it’s perfect. Thomas says it captures her strength and vibrance – he wants to move forward together and will be with her every step of the way. He rehashes her sacrifice for the children and gets her hyped about the line. Hope doesn’t know how to thank him. Thomas says, “I do,” and kisses her. Hope’s taken aback. Thomas knows he might be moving too fast but loving her isn’t a mistake. Hope senses he’s upset about something and urges him to be honest.

Emma Learns Beth Is Alive After...