Thomas Keeps Quiet About Beth and Shares a Kiss With Hope

Thursday June 13, 2019: On Bold and the Beautiful today, Wyatt walks in on a conversation about Beth, Liam and Steffy toast to being a family, and Xander assures Zoe she's not alone. 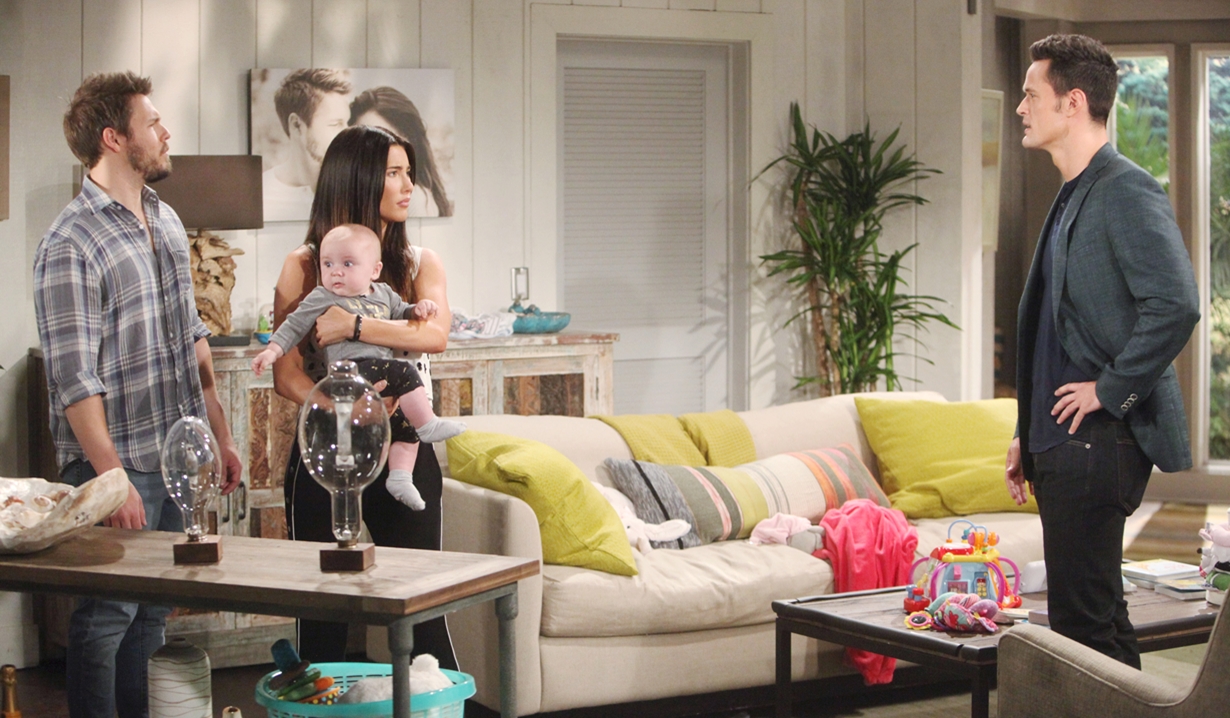 At the Forrester mansion, Flo tells Zoe they needed someone else to step in. Xander intones, “That’s what Thomas is doing right now, telling Steffy the truth.” As Flo mentions the name Beth, Wyatt enters and asks why they’re talking about Hope’s baby. Zoe says they were remarking that Hope and Liam might still be together if Beth were alive, and Wyatt learns they signed the annulment papers. Xander thinks they’ll get back together, and Wyatt asks why he’d feel that way. 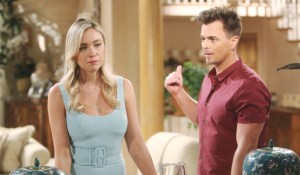 Zoe won’t let Xander reply and they leave. Wyatt senses Flo’s upset and reminds her she can tell him anything. Flo can’t stop thinking about Hope. Wyatt feels she’s being a good cousin and friend. Flo notes he’s always believed in her. Wyatt says she’s always given him a reason to. Flo closes her eyes as he embraces her. She tells Wyatt whatever happens, he should know how much she cares about him.

At Steffy’s house, she and Liam are startled to hear that Thomas’ big news also affects Hope…probably more than anyone. 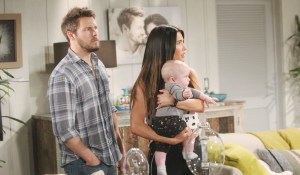 Phoebe fusses and Steffy tells her daddy is moving in with them, then corrects herself, “I mean, Liam.” Liam likes the idea of being daddy. Thomas watches, then advises them not to forget Hope and her sacrifice before rushing out the door, leaving them bewildered. Outside, Thomas, looking emotional, takes a moment. Inside, Steffy’s puzzled over her brother’s behavior and Liam remarks that he just doesn’t trust him. After, over a beer, Liam tells Steffy she’s a great mom and he’s glad to be moving in. Steffy states the four of them are a family, however it works, nothing can take that away. They toast.

In Hope’s cabin, Brooke listens with a grim expression as her daughter explains to Douglas that Liam doesn’t live there anymore. Hope tells her mother she’s grateful for her bond with Douglas – they’ve both lost so much. Brooke embraces Hope. Douglas brings Hope flowers. They hug. Thomas appears in the doorway. Brooke steps out and Douglas informs his father that Hope’s sad because of Liam leaving. Thomas is glad Douglas was there to comfort her. Brooke takes Douglas to the house. Hope tells Thomas her mother has lots of opinions. She’s sure she’d have had unwanted advice for her daughter if she’d lived. Thomas reflects on the kind of mother she’d have been and wants to take away her pain. Hope thinks it will fade because of Douglas…and him. She wants to take it one day at a time. Thomas kisses her. He lets her know Liam’s moving in with Steffy – her dream for the girls will come true. Thomas reminds her Douglas loves her, and so does he. “I’ll do anything for you.”

At Forrester Creations, Zoe tells Xander she had to get him out of the mansion – he was about to tell Wyatt. Xander reminds her he’ll know soon enough, and assures her she won’t have to go through this alone.

Take a walk down memory lane: On June 13, 2016, on The Bold and the Beautiful, Liam fought for Steffy, who learned she might not be legally married to Wyatt.

Xander Warns Zoe to Prepare for the...