Wednesday June 12, 2019: On Bold and the Beautiful today, Flo, Xander, and Zoe debate what will happen if the baby secret becomes known, Steffy reveals Liam is moving back in, and Thomas decides he can't wait any longer. 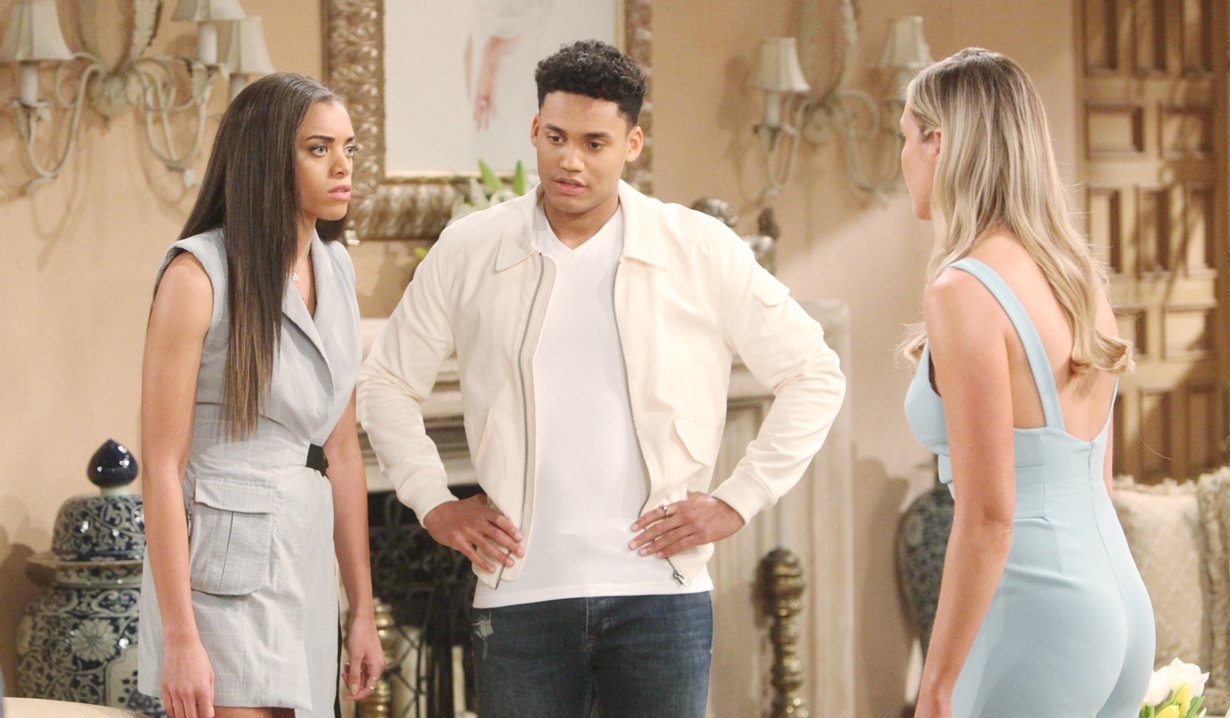 At the cliffhouse, Thomas tells Steffy there’s something she needs to know that will change her family forever. He learns Liam’s in the bedroom with Phoebe and starts explaining that Phoebe isn’t Steffy’s daughter – she belongs to a woman whose child was taken from her. Steffy asks, “Flo?” Thomas replies, “No,” and is about to name Hope when Liam interrupts. He doesn’t want to hear anything Thomas has to say and rants about him getting exactly what he wanted when they signed the annulment papers. Liam is upset at Thomas taking this sanctuary from him and wants him gone. Steffy interjects that Thomas had something important to tell her. 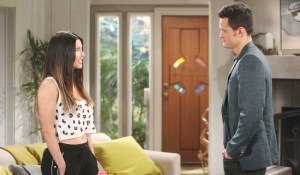 Thomas says it concerns Liam and Phoebe. Steffy and Liam make Thomas wait while they get the girls. As he watches them with Phoebe and Beth, Thomas flashes to Flo’s confession. Steffy mentions Liam is moving in with them and Liam notes he’ll be the only father Phoebe will ever know. Thomas agrees – Liam is Phoebe’s dad. He takes in the scene as Liam and Steffy laugh with the babies, and smiles. When Liam takes the girls to the bedroom, Steffy admits to Thomas that she’s happy about Liam moving in. Thomas announces he can’t wait any longer…she has to know the truth.

At the Forrester mansion, Zoe informs Flo that they will be going to jail now that she’s told Thomas the secret. Xander and Flo both think the truth coming out is for the best, but Zoe’s overwrought. Flo talks about finally putting an end to Hope and Liam’s pain, but Zoe worries about her father – he was in trouble and trying to protect her, but no one will care about that. Flo says he didn’t care what would happen to any of them or the innocent baby. Xander reiterates Hope and Liam deserve to know their baby is alive. Flo agrees, and adds there’s no way Thomas isn’t going to tell his sister. Zoe muses that Hope and Liam will reunite, and Thomas will no longer have a chance with her if he tells – he has a lot to consider. She hopes he decides to keep quiet. Xander and Flo expect Thomas to reveal the truth and Xander warns she should prepare for this to blow wide open. Zoe snaps at Xander and elects to keep the faith that Thomas will stay mum. Flo feels she’ll be disappointed. Zoe reminds Flo she’ll lose everything, but Flo says the secret was bound to come out. Xander assures her they’ll get through it. Flo looks forward to Hope finally having her baby, though Steffy will be devastated.

Thomas Keeps Quiet About Beth and...