Friday June 7, 2019: On Bold and the Beautiful today, Zoe and Flo rehash keeping the secret, Thomas runs Xander off Brooke's property, and Zoe gets defensive with Xander. 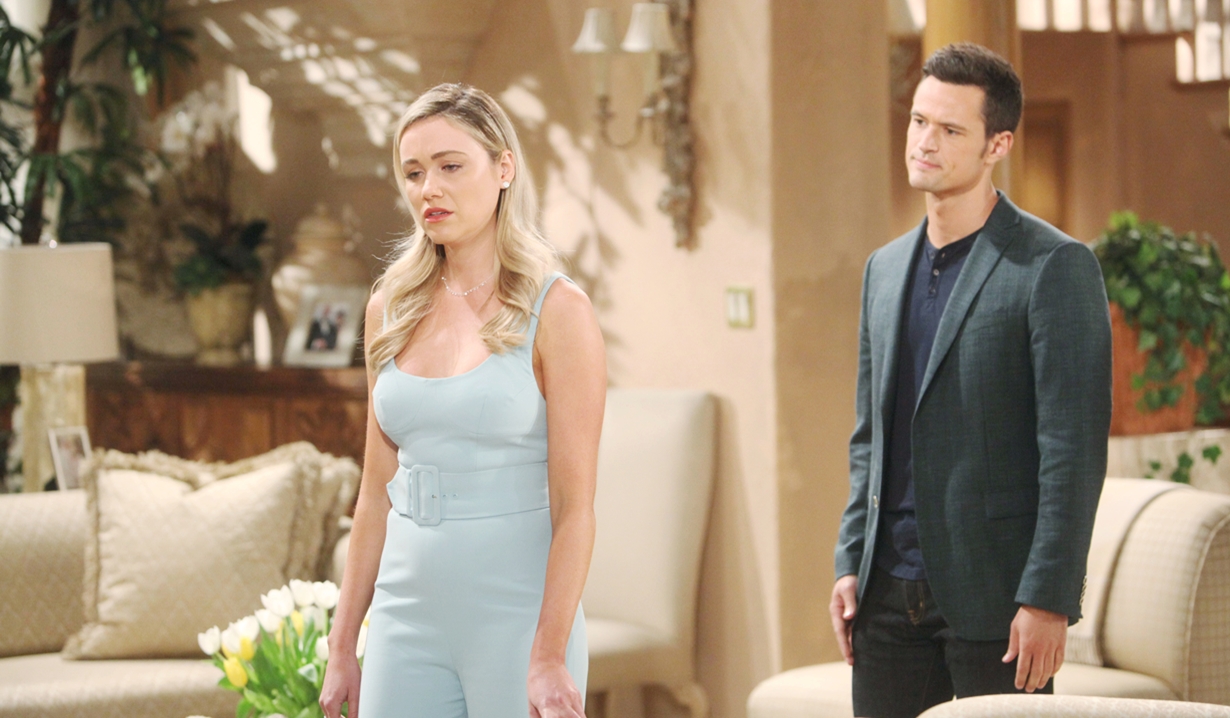 At Brooke’s house, Thomas watches as Xander pleads with Hope to put down the pen. As Xander stammers at Hope and Liam, who explains this is a private time, his car alarm goes off. Liam sends Xander out to turn it off. Outside, Thomas informs Xander, “You’re not going back in there.” Inside, Carter presumes Xander feels as he does about Hope and Liam ending their marriage. Hope thinks they should hear him out. 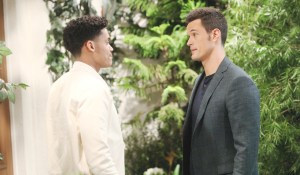 Outside, Xander asks Thomas why he’s doing this. Thomas hisses that Xander’s interfering in something he knows nothing about. Xander protests – Hope wouldn’t be ending her marriage right now if she knew. Thomas presses Xander to come clean to him – he’ll pass the message along. Xander blurts, “Flo wasn’t…” then warns Thomas that Hope won’t be happy that he was the reason she didn’t find out today and drives off. After, Carter advises Hope and Liam that Xander left. They all find it odd. Thomas has returned to his post at the top of the stairs and listens as Carter explains they’re 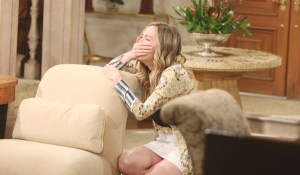 petitioning for annulment based on physical incapacity since Hope can’t have children. As they sign, Thomas looks pleased. Carter takes the paperwork to file it. Hope tells Liam, “I’m sorry.” Liam reassures her. He removes his wedding band and Hope asks where he’ll stay. Liam says Wyatt offered. Hope reflects on the memories they never had with Beth, then tells him he’s free to be with Kelly and Phoebe now. Liam kisses her forehead, then goes. Hope sobs.

At Forrester Creations, Flo and Zoe argue about Xander knowing the secret. Flo wants to step in before Hope and Liam ruin their happiness. Zoe counters they would have filed the annulment by now, and they would be tearing apart their own families by telling the truth. She sees no choice but to keep quiet. They rehash whether they’d be prosecuted. Flo advises Zoe to tell her father to disappear before they come clean. They need to stop being afraid and see what happens. Later, Xander joins Zoe and asks what decision they made. Zoe accuses him of not loving her unconditionally when he mentions ‘right and wrong’. He reveals he went to stop the annulment. Zoe panics, assuming she told them everything.

Thomas arrives at the Forrester mansion to see Flo and updates her on Xander’s appearance at the annulment signing. He got rid of him, but he mentioned her name. Thomas can see she knows why and wants to hear it – now. He cares about Hope. Flo learns they signed the annulment papers. Thomas asks again, “What’s going on?” Flo blurts, “It’s about Beth.” Thomas scoffs – she died, why would she bring that up? He bellows, “Tell me!” Flo cries, “She’s alive!”

Hope and Brooke have a disagreement.

Remember when? On June 8, 2015, on The Bold and the Beautiful, Aly was fiercely protective of Ivy and Liam’s relationship, while Wyatt encouraged Steffy to focus on what was in front of her.